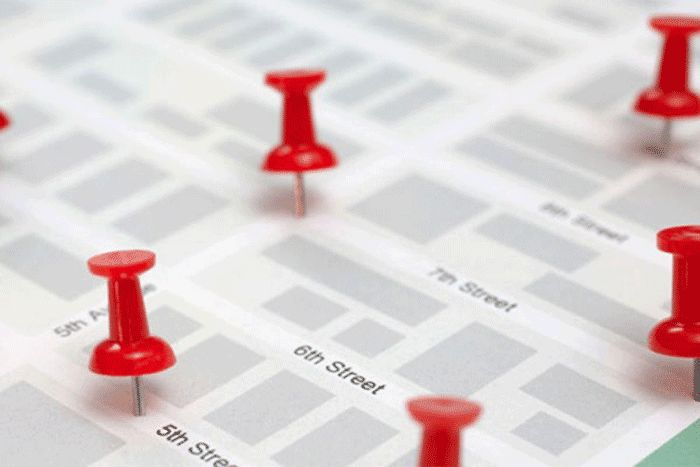 The Senate Regulated Industries Committee narrowly voted in favor of a bill Tuesday that aims to put franchisees on a level playing field with their franchisor.

SB 1076, known as the “Small Business Parity Act,” would shield business owners from restrictions on selling their franchises or passing them on to an heir, and would give franchisees the right to fight legal disputes against the corporate brand in Florida court and under Florida law.

The bill would also block brands from yanking away a franchise without “good cause,” which the bill says includes the owner being convicted of a felony or the bulk of the franchise’s assets being signed over to a creditor.

Sarasota Republican Sen. Greg Steube is sponsoring the bill, which was originally carried by Clearwater Republican Jack Latvala, who resigned his Senate seat before the 2018 Legislative Session.

Members were split on the bill after hearing from many business groups who said the proposal was an overreach seeking to put the state in the middle of private contracts.

The Florida Restaurant and Lodging Association, Americans for Prosperity, the Florida Retail Federation, and individual brands from McDonalds to Pinch A Penny came out against the bill on the grounds that franchisees and franchisors are already capable of hammering out their own agreements.

“Nobody forces anyone to sign a contract … it’s contract 101, you learn that in the first year of law school,” said lobbyist Ron Book, who represents franchise brand 7-Eleven.

Business groups also contended the bill would create an uneven business climate among franchisees by putting new franchise agreements into a different class from old ones – the bill states only new or renewed agreements would operate under the rules.

Matt Holmes, who owns four Firehouse Subs franchises in Tallahassee, said if franchise agreements seem tough, that’s because the franchisor is looking out for all stakeholders, including other franchisees who thrive on a brand maintaining a good reputation.

If Firehouse didn’t do that, he said people wouldn’t stop at his shops when they pass through Tallahassee.

Still, proponents say the bill isn’t aimed at smacking companies that develop good and mutually beneficial franchisor-franchisee relationships, but some others that have proven to be bad actors.

Miami attorney Leon Hirzel said he’s been on a few cases where franchisors have pulled the rug out from under a franchisee, either to make a quick buck pulling in another franchise fee or, more nefariously, because after the owner has built up the name and stature of their franchise, corporate doesn’t think they need to keep them around anymore.

When that happens, Hirzel said “the franchisor gets to take back all the good will of the business, and the franchisee gets little to nothing” due to equipment or other large capital outlays being depreciated to, on paper, worthlessness over a handful of year.

“Franchisors who want to treat their franchisees fairly have nothing to worry about under this bill,” he said. “This bill does, however, require franchisors to respect the investments franchisees make.”

That sentiment was shared by Henry Patel, a member of the City of Miami’s code enforcement and tourism development boards and past chair of the Asian American Hotel Owners Association.

“This bill addresses bad apples, not good ones,” he said, adding that he would gladly “buy a Marriott or Hilton,” but stressing that not all franchisors are as fair to owner-operators as premier brands.

Dady & Gardner attorney Jeff Haff said franchisors also keep a couple gotchas up their sleeves, such as requiring franchisees agree to comply with “operations manuals” that can run from 80 to 1,000 pages and be amended at any time. The kicker: Many brands won’t hand over the tome before the prospective franchisee signs on the dotted line.

In the end, the bill passed 5-4, with a couple of the yea votes coming from Senators whose support was tenuous at best.

Tampa Republican Sen. Dana Young said she was “torn” on the issue, because she wants to “look out for the little guy,” but the breadth of the bill would make it unpalatable if it came to the floor in its current form.

Democratic Sen. Perry Thurston also dreaded the implications it could have for contracts already in place, but said something needs to be done about how franchisees are treated when they break up with their brand.

Jacksonville Democratic Sen. Audrey Gibson, however, said the bill wasn’t ready for primetime. She said even one bad experience with a franchise, from inconsistency in staff friendliness to the comfort of a mattress, has led her to write off a chain for good, and franchisors should have the latitude they desire to keep the customer experience at a high standard.

Despite questions on the bill’s future, Coalition of Franchisee Associations Vice Chair Terry Hutchinson its passage in a statement released Tuesday night, calling the bill “a major step in the right direction for Florida’s small businesses.”

“We applaud Senator Steube for his leadership in sponsoring this good bill and for the members of the Senate that voted for the bill today. As a Florida franchise owner and Vice Chairman of the Coalition of Franchisee Associations and on behalf of the 40,000 small franchise operations in our state, I am proud of our legislators for taking action to level the playing field and protect Florida small businesses and jobs.“

SB 1076 now moves on to the Judiciary Committee and, if successful, the Rules Committee.

The House version of the bill, HB 1219 by Fort Myers Republican Rep. Heather Fitzenhagen, has not yet been heard in committee.