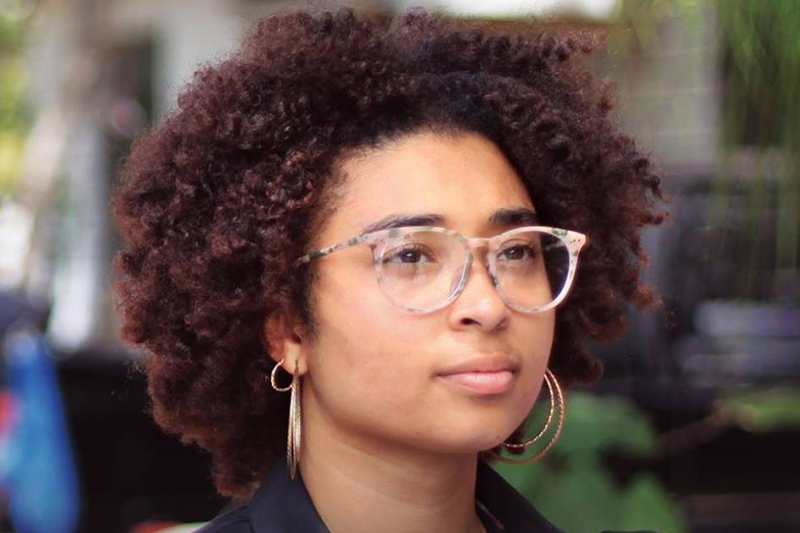 Akile Anai learned Monday she would be going to court March 27 on charges of disorderly conduct and resisting arrest without violence.

As Anai explains, it all began when a corner store merchant started yelling at a black woman, prompting one of her friends to verbally accost the merchant, saying that’s not how he should treat customers.

After police arrested one of those friends, Anai left her house to inquire what was going on; “very hostile” St. Petersburg police officers met Anai, admonishing her to walk away.

When police arrested a second friend, Anai said she walked toward her house to make a telephone call, speaking out loud about what the police were doing.

The officer “didn’t particularly like what I was saying on the phone,” Anai continued. He then pulled her hair and slammed Anai against a car before she too was arrested and detained.

According to the arrest affidavit, Anai approached police officers as they were interviewing a suspect and “began yelling and using profanity disrupting the interview.”

It was then she was asked by all three officers present to step back. Despite that, Anai continued to approach and yell at the police in a nonviolent way.

Anai was offered a diversion program to cancel out the arrest but refused to participate, claiming to be completely innocent of “bogus” charges.

That the city is continuing to proceed with the case proves she’s being singled out, Anai argued.

“The police don’t operate in a vacuum. They work for the Kriseman administration,” she said. “The police know who we are. I ran for City Council. They understand I’m part of the Uhuru movement that has been under political assault since it’s birth, and especially after we get done waging these intense campaigns, and it’s clear the organizing won’t stop.”

Since the election, Anai and Nevel formed the group Communities United for Reparations and Economic Development (CURED).

previousRick Scott refuses to be pinned down on school safety legislation