State House candidate Nick DiCeglie is holding a fundraiser during the height of March Madness, and attendees are encouraged to wear some flair for their favorite team, be it an alma mater or a Cinderella.

Attendees are encouraged to wear the logo of their favorite tournament team, so those on the bubble may need to wait until after Selection Sunday to pick out their attire.

Those looking to attend can RSVP by emailing rick@politicalcapitalflorida.com.

While aren’t set for March Madness, voters have a little bit better of an idea of who’ll be facing off in the House District 66 race.

DiCeglie, a Republican, is running for the coastal Pinellas County seat currently held by termed out Republican Rep. Larry Ahern.

He faces St. Petersburg attorney Berny Jacques in the GOP primary for HD 66, while Democrat Alex Heeren and Reform Party candidate Paul Bachmann are so far uncontested in the primary.

The winner of the Republican Primary will be the undisputed No. 1 seed in the general election – HD 66 has is a safe Republican seat.

Through the end of January, Jacques held the fundraising lead with nearly $108,000 on hand between his campaign account and political committee, Protect Pinellas.

DiCeglie, who runs Clearwater-based trash removal and recycling company Solar Sanitation, had about $64,000 on hand in his campaign account through the same date. 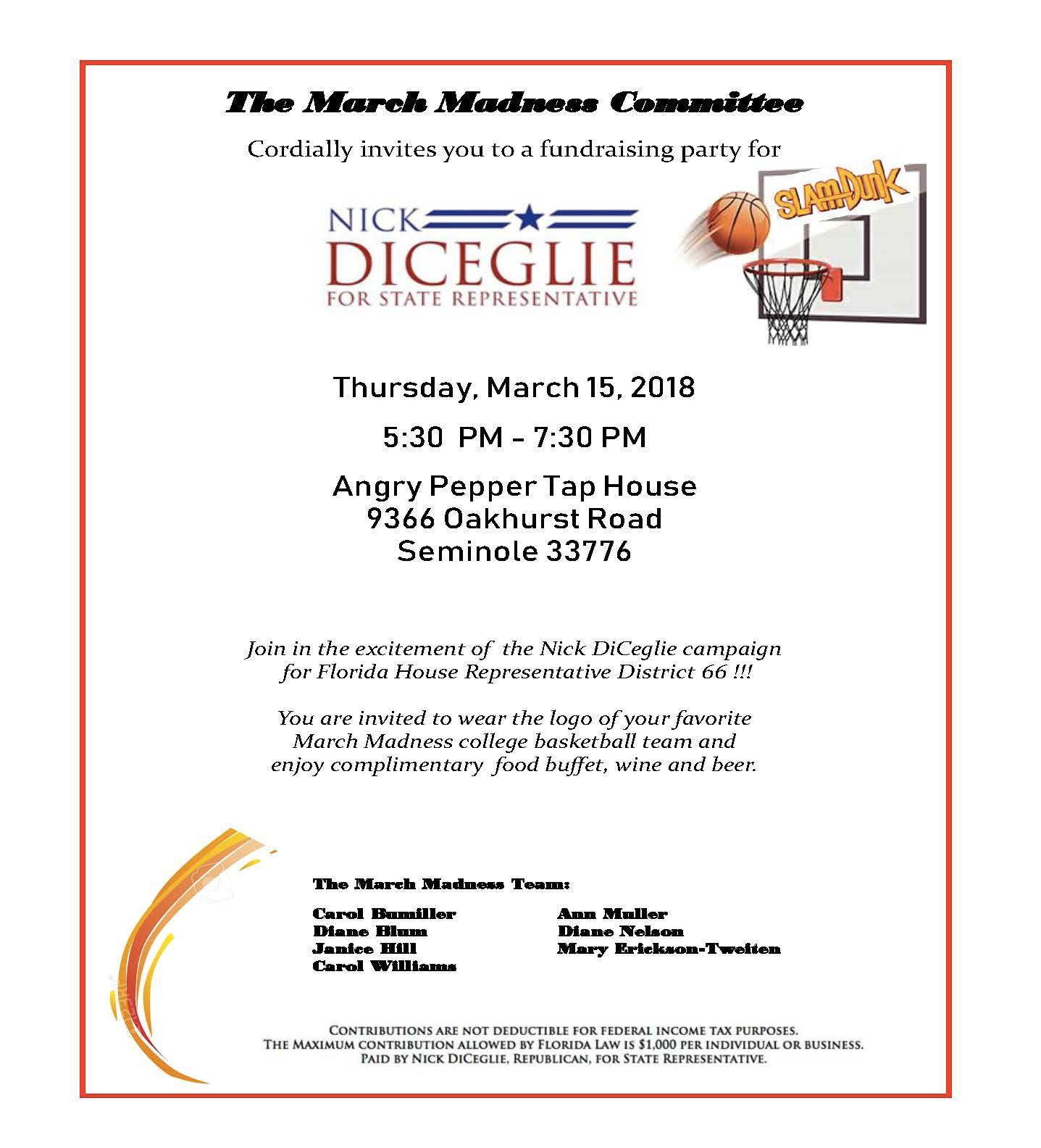