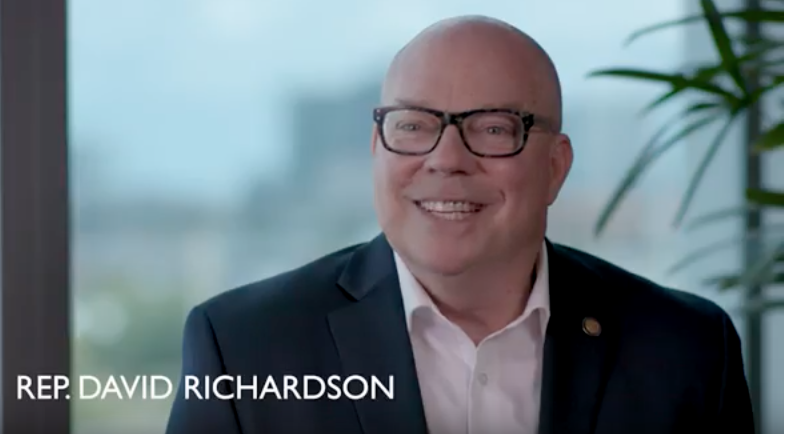 Welcome to the contest for Florida’s 27th Congressional District, Donna Shalala, whose flak already from Democratic rivals over her candidacy now has drawn a video attack Wednesday from the campaign of state Rep. David Richardson, accusing her of inaction on health care reform.

“I say, come on in Donna,” Richardson declares in a one-minute video released Wednesday, welcoming the Clinton-era health and human services secretary into a Miami-area race that already has more than a dozen Democrats and Republicans seeking to succeed Republican U.S. Rep. Ileana Ros-Lehtinen.

In the video, Richardson charges Shalala, who also served as the president of the University of Miami for 15 years, with inaction in the debate over single-payer health care during the administration of President Bill Clinton, and for taking a seat on the board of directors for UnitedHealth Group from 2001-2011.

Since Shalala first started sending signals of her intention to run for the CD 27 seat, others also have come after her too. Mary Barzee Flores said last month that Shalala is “compromised” by her ties to health insurers and homebuilders, as well as her treatment of low-wage employees at UM. Republicans are portraying her as “elitist, disconnected, and delusional.”

“Donna had an opportunity many years ago to be a champion for Medicare For All, but she chose not to do so. When she left government service, she went through the revolving door that we often hear about and landed in one of the biggest health insurance companies in the country,” says in the video.

“Then when [Barack] Obama became President, she lobbied Secretary [Kathleen] Sebelius against Medicare For All. Now she wants to represent progressives in Congress? I don’t think so,” Richardson continues.

Richardson is the only candidate in the race advocating for a single-payer healthcare system and the expansion of Medicare, for which he called on the first day of his candidacy, according to a release issued Wednesday by his campaign.

“In Tallahassee, I introduced legislation requiring a Medicare For All healthcare system when no one else would touch it. We need to send someone to Washington who will fight against our rigged, for-profit healthcare system – not someone who benefited from it. I have been fighting for Medicare For All since day one of my campaign and I’m still waiting for others in the race to join me. The people of our district want a bold, progressive champion who is not afraid to challenge the status quo.

“What they don’t want is a ‘Donna-come-lately.”

The CD 27 field already was crowded before Shalala’s entry, and Richardson thus far has topped what has been a very aggressive effort for campaign money, raising more than $1 million so far. Former journalist and Democrat Matthew Haggman is not far behind, reporting more than $900,000 raised through the end of 2017, while Democrats Ken Russell, Barzee Flores and state Sen. José Javier Rodríguez all topped a half-million dollars, and Democrat Kristen Rosen Gonzalez and Republican Bruno Barreiro each has pulled in more than a quarter million dollars.