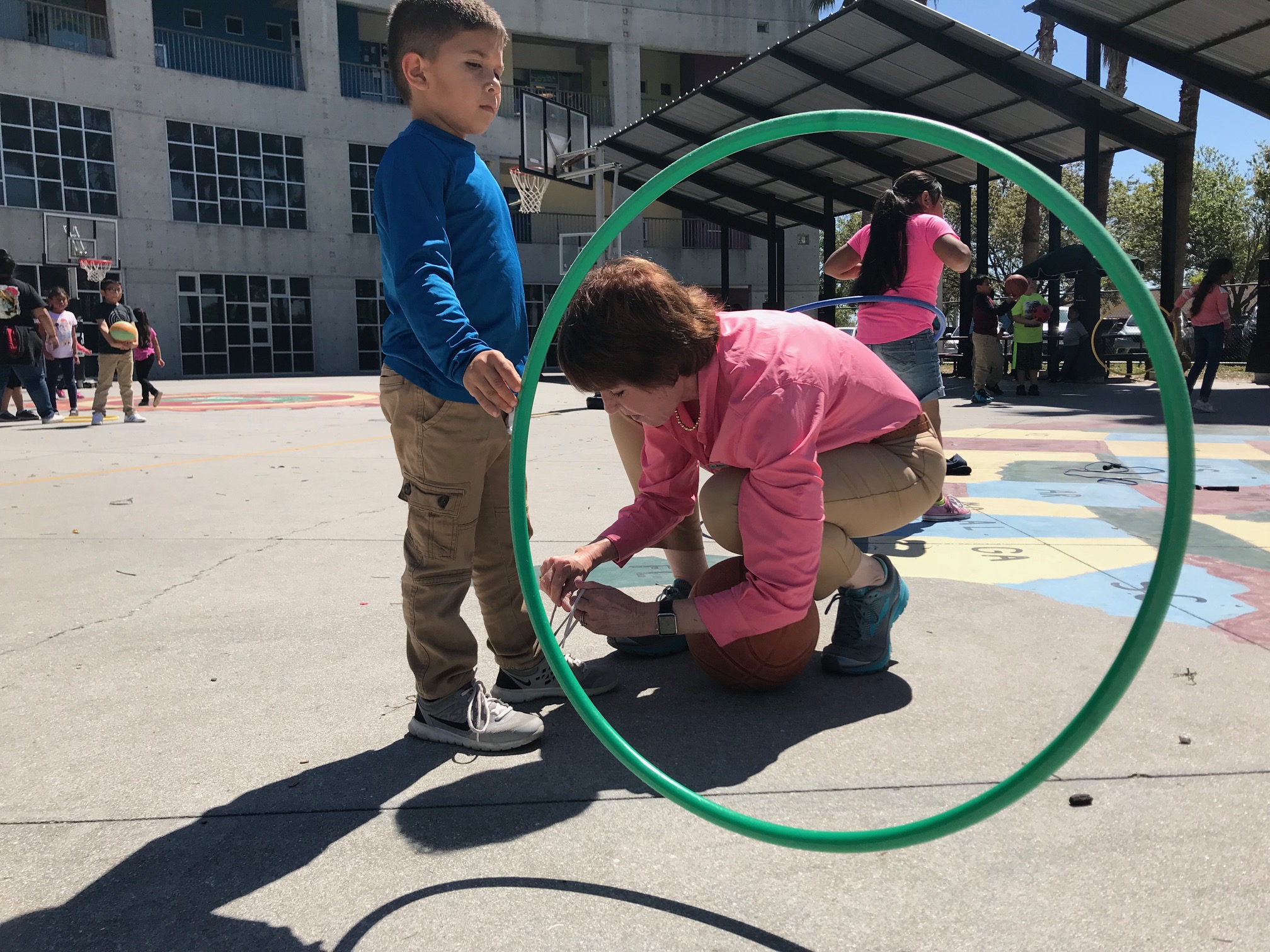 Take a good look at the picture below of Democratic candidate for Governor Gwen Graham participating in her latest “workday.”

On Tuesday, the former U.S. Representative was at the Redlands Christian Migrant Association (RCMA) in Immokalee. Graham spent a shift helping out at an early childhood education center to learn more about their pre-K and Head Start programs, and the needs of migrant families.

Of note: Bob Graham performed a workday with the RCMA as Governor in 1983.

What you see in the picture (and the other five or six that Graham’s campaign sent to me) is the very essence of compassion and empathy. It’s Clintonian “I feel your pain.”

I see a mother who knows the value of being patient with a child.

I see a wife who had the strength to help her husband through a battle with cancer.

I see the gentle wrinkles of time underneath a face beaming with hope.

I know this is cheesy to say, but I got emotional when I first saw these pictures of Graham, who admittedly is probably my first or second choice to be the next Governor of Florida.

If nothing else, what I see here is the exact opposite of the awkward (albeit effective) current occupant of the Governor’s Mansion.

I see the opposite of the wannabe Fox News studio host who is also running for Governor (Ron DeSantis).

I see the opposite of the less-than-genuine Republican who is most likely to face Graham in November (Adam Putnam).

Yet, as I look at the earnestness of this woman, with whom I have connected but really don’t know, I can’t help but wonder:

Why isn’t her campaign doing better?

Why is she struggling to raise real money?

Why do so many Democrats say that she is “boring” on the campaign trail?

Why do I have this bad feeling in my stomach about where Graham’s campaign will end?

Graham is in a difficult position right now as the politics of Parkland reshape the Democratic primary and the gubernatorial race.

On her left, Tallahassee Mayor Andrew Gillum, who is winning the competition for earned media. He’s on MSNBC. He’s being written up in The Washington Post. Kevin Cate, one of his media advisers, can show you stats about clicks and likes and retweets that indicate Gillum is the candidate most in sync with Democratic primary voters.

On Graham’s other flank is former Miami Beach Mayor Phil Levine. Where Gillum’s campaign is being infused with the oxygen of earned media, Levine’s effort is being propelled by a seemingly unending number of personal checks to pay for a stream of television ads.

Also in the mix is Orlando businessman Chris King, who has yet to register with most voters, but whose presence in the race is just another indication that the primary is a wide-open affair.

The polls indicate that Graham is the nominal front-runner. And it’s a mistake to label Graham, as POLITICO Florida’s Marc Caputo does, a “weak” front-runner.

To the contrary, she’s a good candidate running against three other good candidates. This primary will be won with the four candidates separated by no more than a dozen or so points.

Yet there are too-frequent reminders that Graham’s position atop the polls is precarious.

Gillum recently announced that he has the support of top Democratic fundraiser Bob Poe.

On Wednesday, Levine scored the endorsement of former state lawmaker Keith Fitzgerald, who will serve as a policy adviser to the campaign. Why is this significant? Because Fitz — so respected by the Steve Schales of the party — is the kind of center-left Democrat Graham needs to win the primary.

Had Graham won the backing of Poe and/or Fitzgerald, it probably would not have registered. It would have just been another indication of Graham sewing up the establishment’s support.

Instead, there are now two more cracks in Gwen Graham’s facade.

It’s becoming hard to look at.