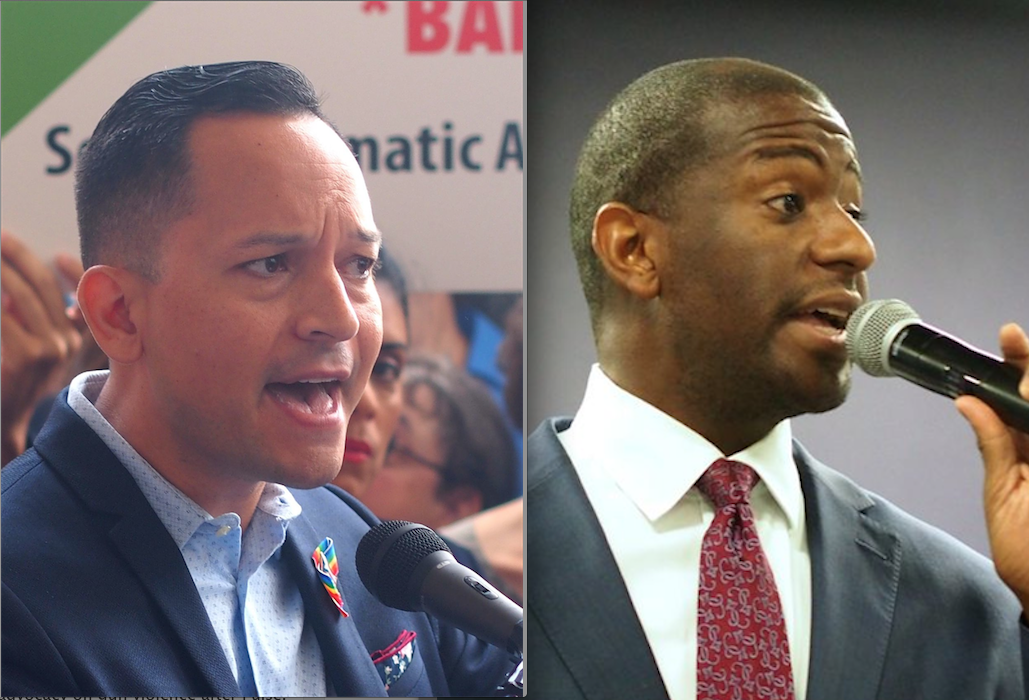 Orlando Democratic state Rep. Carlos Guillermo Smith, chairman of the Florida Legislative Progressive Caucus and the lion of the state’s progressive Democrats, has thrown his support behind Tallahassee Mayor Andrew Gillum in the Governor’s race.

“In 2018 Florida Democrats have a choice: do we settle yet again for moderate candidates reading a script written by party consultants, or do we want authentic leaders with bold ideas and a plan to achieve them? I’m proud to endorse Andrew Gillum for governor because he has lived and governed with our progressive values and stood up for issues that matter to our state: equality, healthcare and gun safety,” Smith stated in a news release issued by Gillum’s campaign Friday morning.

“Andrew’s proving you don’t have to be from a famous family or be ultra-wealthy to run for governor in our state, and he’s going to win in August and November,” he added.

Smith is finishing his freshman term representing Florida House District 49, covering northeast Orange County, and is seeking re-election so far without opposition. His first term established him as an unabashed and highly vocal leader in promoting progressive politics.

The endorsement also is a bid for Orlando’s Democratic base.

“I am ecstatic to have Representative Carlos Guillermo Smith’s endorsement in this race for Governor. Carlos has redefined what it means to fight for your constituents – from his relentless advocacy on gun violence after Pulse, to the Puerto Rican community after last year’s hurricanes — he has fought tirelessly for the people and issues we care most about. It’s truly an honor to have his support in this race,” Gillum stated in the release.