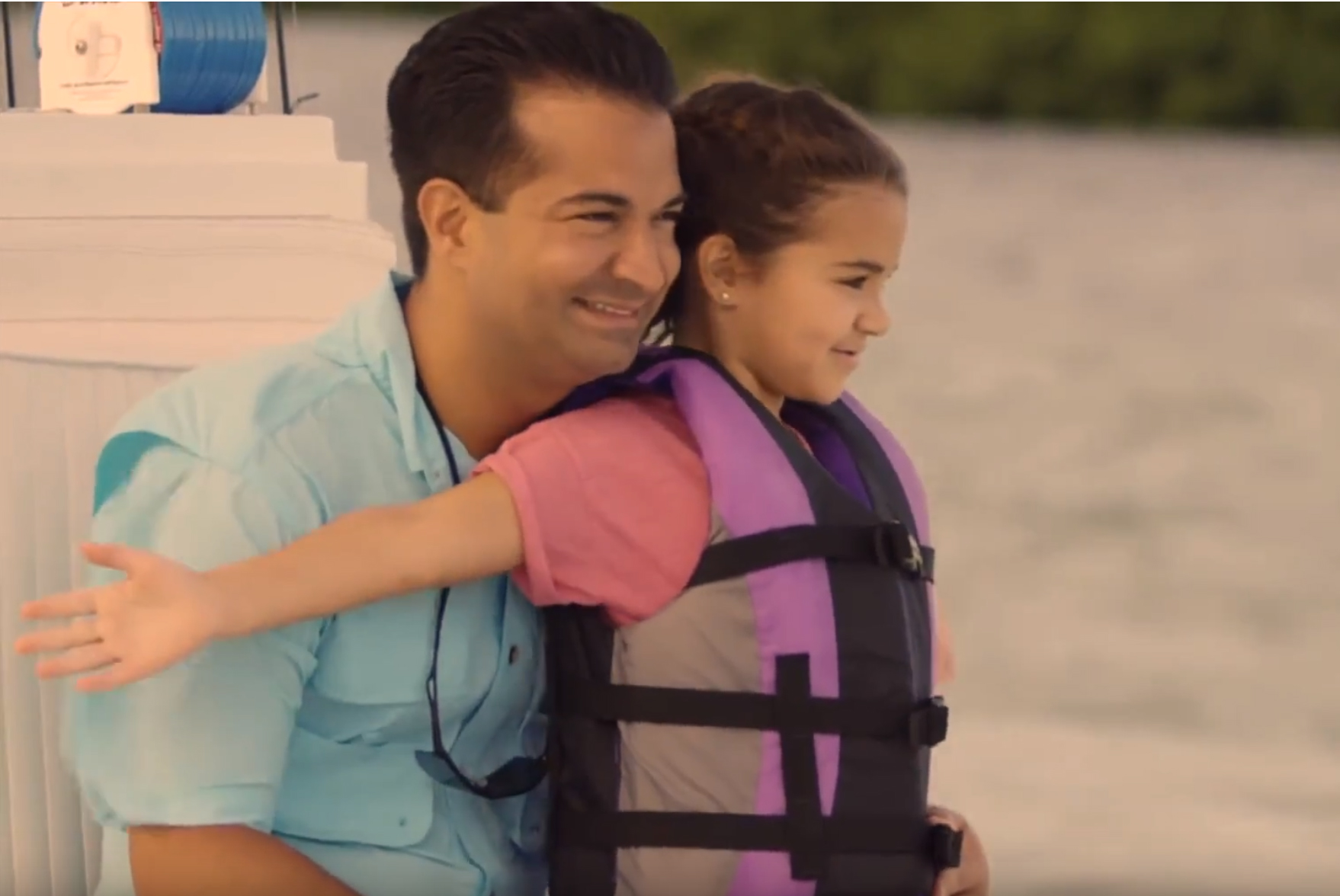 Republican U.S. Rep. Carlos Curbelo is getting some advertising help by way of a six-figure ad buy touting his record on climate change.

The Alliance for Climate Solutions ad, published last week, includes aerial shots of the Everglades and South Florida beaches as well as shots of Curbelo in the field with farmers and speeding along on a boat with his daughter.

“South Florida is like nowhere else on earth. It’s unique, beautiful. The sea, the sky, the people, but climate change is putting it all at risk. Never has there been more at stake,” the ad narrator states.

“Our congressman, Carlos Curbelo, gets this. That’s why he’s working with Republicans and Democrats to find solutions to get things done. Carlos knows that for us, protecting the environment isn’t about politics, it’s personal. It is for him, too.”

The 30-second ad flashes headlines from the South Florida Sun Sentinel, the Miami Herald and The Hill detailing the second-term congressman’s climate change-related work in Washington, DC, before asking viewers to reach out to Curbelo on social media to “thank him for leading the fight against climate change.”

Curbelo’s CD 26 seat is a major target for Democrats in 2018. It is one of 23 Republican-held seats nationwide that voted for Hillary Clinton over Donald Trump in 2016.

The 16-point spread in favor of Clinton came alongside a 12-point win for Curbelo over former Democratic U.S. Rep. Joe Garcia, 53-41.

Through the end of March, Curbelo had raised more than $2.8 million for his re-election campaign and had $2.1 million on hand. His primary Democratic rival, Debbie Mucarsel-Powell, added $500,000 in Q1 and has about $700,000 in the bank.

The Alliance for Climate Solutions ad is below. A 15-second version is viewable here.

nextCRC should think twice about putting drilling ban on the ballot