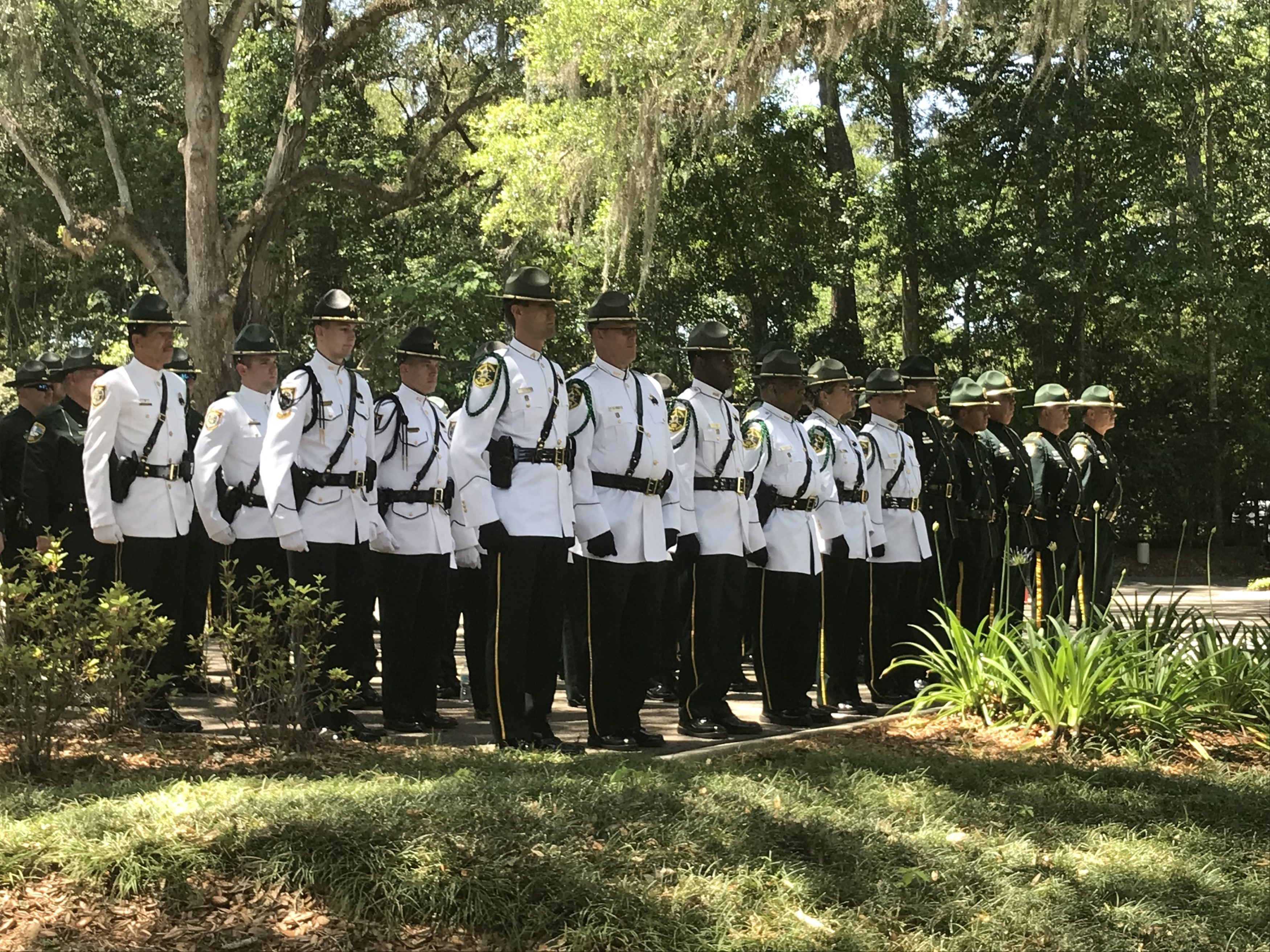 Florida law enforcement deputies and officers who gave the ultimate sacrifice in 2017 were honored at a Florida Sheriffs Association tribute on Monday.

At FSA’s headquarters stands a memorial with the names of each fallen Florida cop. Before 2017, 369 names were carved into the memorial, according to FSA President and Walton County Sheriff Mike Adkinson.

This year, another four names were added.

“I would hope these are the last names ever added to this memorial,” Adkinson said.

Chief Financial Officer Jimmy Patronis delivered keynote remarks at the ceremony. He reminded the crowd how “precious” and “fleeting” life is, and touched on the wide range of emotions audience members, which included relatives of the fallen, would experience.

The tragedies Patronis referenced could have been a nod to Hurricane Irma. Bridges, the fallen Hardee County deputy, died in an Irma-related crash. Scavuzzo, the St. Lucie County captain, died of a heart attack while working long, stressful hours during the storm.

While Adkinson said he hoped the four names added would be the last, he acknowledged the line-of-duty deaths from 2018 and asked for a moment of silence for Deputy Kevin James Stanton of Brevard County, along with Sgt. Noel Ramirez and Deputy Taylor Lindsey of Gilchrist County.