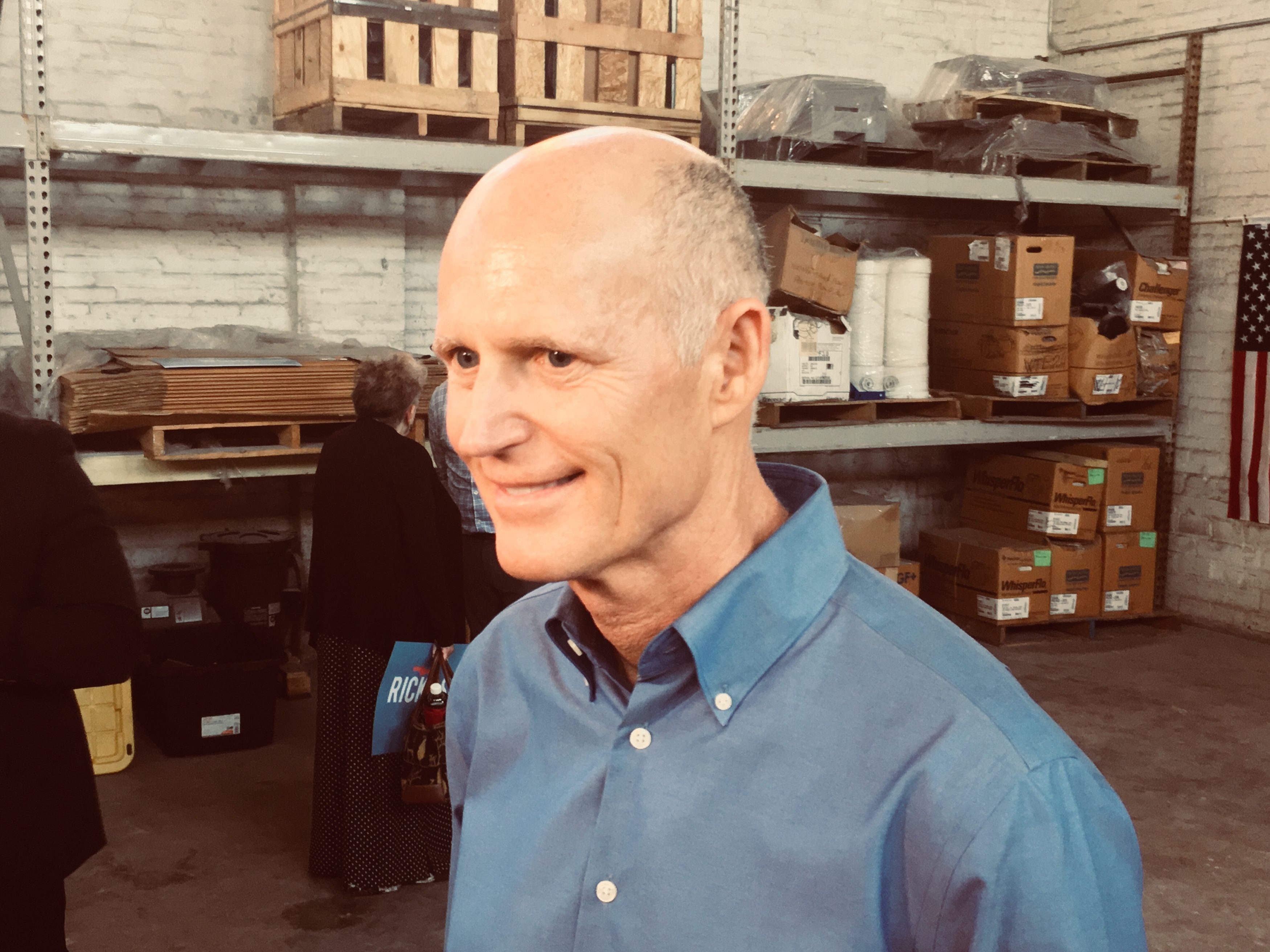 In the battle for the newly-emerging power of the Puerto Rican vote in Florida, Gov. Rick Scott announced Tuesday he has gotten the endorsement of the commonwealth’s U.S. Rep. Jenniffer González-Colón.

González-Colón joined Scott at a rally in Kissimmee, the center of Florida’s Puerto Rican population, Tuesday, lauding the Florida governor’s efforts to support Puerto Rico following Hurricane Maria and his commitment to the Puerto Rican community.

She is a member of the Republican Party of the United States, as is Scott, though she serves in Puerto Rico through being a member of its New Progressive Party of Puerto Rico.

“Governor Rick Scott has been a consistent leader, supporter and advocate for the Puerto Rican community and for our families both on the island and here in Florida. He made a commitment to help our community even before Hurricane Maria made landfall and has truly followed through, which is something we need more of in Washington,” González-Colón stated.

“They say that hard times will always reveal true friends, and I cannot think of a better friend to the American citizens of Puerto Rico than Governor Scott. Furthermore, as Governor, he has been able to turn Florida’s economy around, cutting taxes, creating an environment for small and large businesses to thrive, creating millions of jobs, and reducing regulations,” she continued. “Thus, I am proud to once again announce my endorsement of Governor Scott, this time for the U.S. Senate, and I look forward to welcoming a dear friend and unconditional supporter of Puerto Rico to D.C.”

Scott is taking on Democratic U.S. Sen. Bill Nelson in this year’s election.

“It has been an honor to work alongside Congresswoman Jenniffer González-Colón on Puerto Rico’s ongoing recovery and I have been proud to join her in fighting to make sure the families of Puerto Rico who are here in Florida have all the resources they need to succeed,” Scott stated in a news release issued by his campaign. “I appreciate Congresswoman González-Colón’s support as we continue to work together on behalf of the Puerto Rican community in Florida and across our nation.”

Democrats ripped the endorsement. Led by U.S. Rep. Darren Soto, the Democrat who represents Kissimmee, they charged that Scott grandstanded while Puerto Rico was in desperate need.

“Rick Scott kicking Puerto Rican evacuees out of his last event in Kissimmee tells everyone all they need to know about where he truly stands – regardless of all of his political posturing and grandstanding,” Soto said in a statement issued by the Florida Democratic Party. “Sen. Nelson has been a champion for Puerto Ricans both in Florida and on the island, spending time in the communities, listening to the needs and leading efforts in Congress to secure critical funding for the island.”