Republican Sen. Keith Perry is launching his re-election campaign for Senate District 8 with a May 24 fundraiser in Gainesville.

The event is at Ballyhoo Grill, 3700 W. University Ave., starting at 5:30 pm. Those looking to attend the casual-attire reception can send their RSVPs to Skylar Swanson by sending an email to [email protected] or by calling 352-871-1622.

Perry, a roofer by trade, was elected to SD 8 in 2016 after serving three terms in the Florida House. His seat was one of several to see substantial changes when Florida courts ordered the Senate maps redrawn ahead of the 2016 elections.

SD 8 covers all of Alachua and Putnam counties as well as the northern half of Marion County, including Ocala. More than half of the district’s voters reside in Alachua County.

Though SD 8 was a top target for Florida Democrats two years ago, Perry ended up defeating attorney Rod Smith, a former FDP chair and former state Senator, by 4 points on Election Day. The district also voted for Donald Trump by a fraction of a point after being carried by Barack Obama in both the 2008 and 2012 election cycles.

Enneking is an anesthesiologist and is currently working as the interim chair of the University of Florida College of Medicine’s Department of Dermatology, a position she has held since 2016. Magruder is a former school teacher who now works for Johns Hopkins University as an instructional designer.

Enneking has FDP’s backing and has secured more endorsements and funding than Magruder, and is likely to be Perry’s challenger in the general election.

Through the end of March, Perry had raised a total of $416,207 between his campaign and committee, Building a Prosperous Florida. He started April with about $379,000 in the bank. 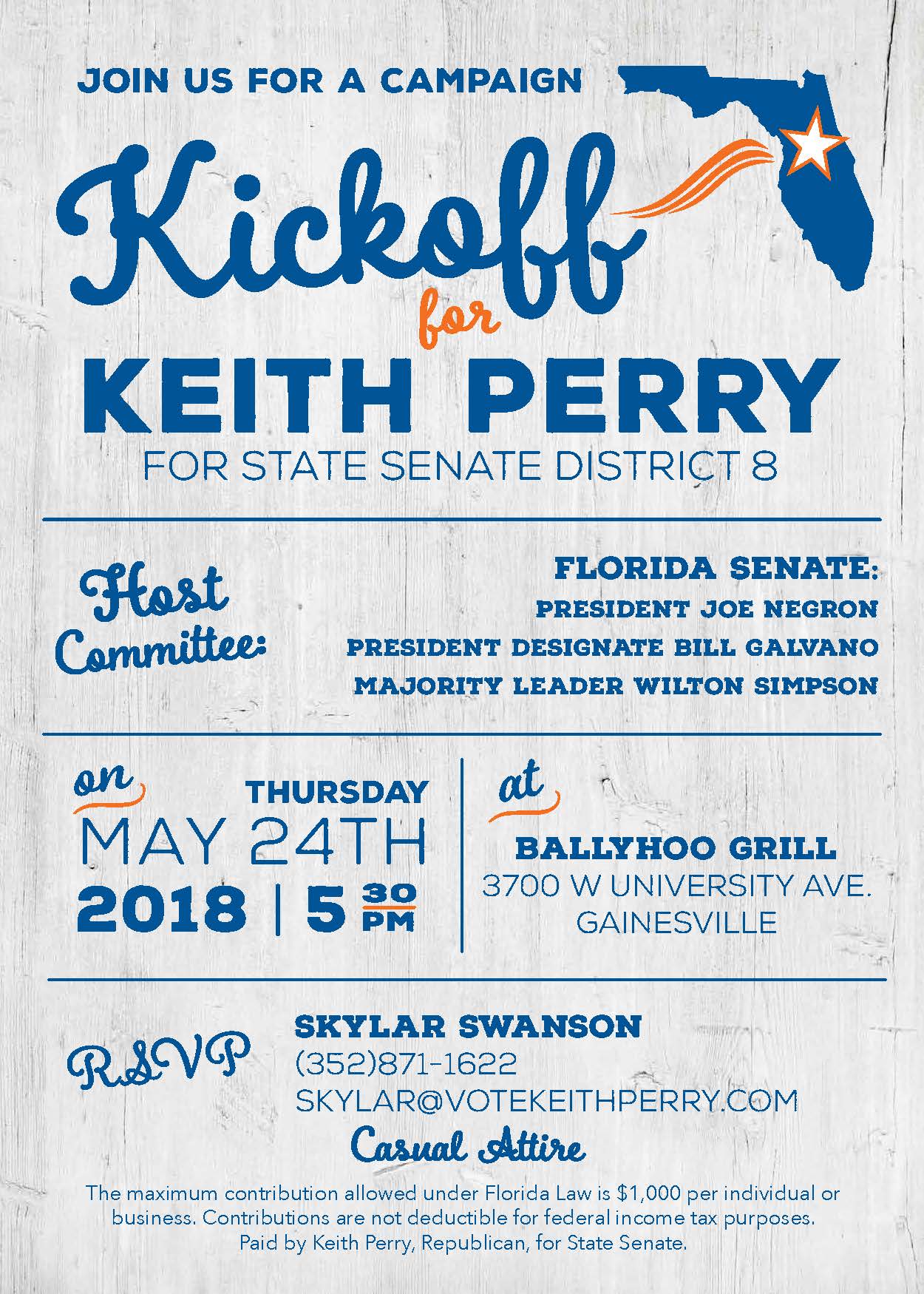