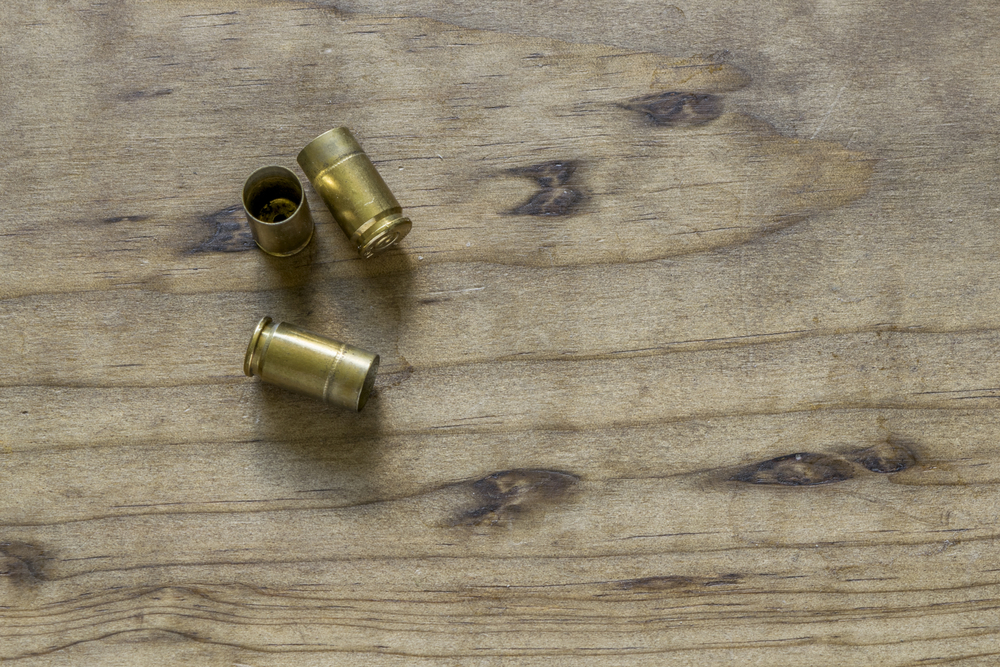 I have a question for you.

I don’t know what kind of weapon you own, or how many. If you bought them legally and hadn’t shot anyone outside the law, your guns are your business.

But the National Rifle Association likes to say it represents all law-abiding gun owners by protecting their Second Amendment rights, so it became a bit of a deal when the NRA’s new president, Oliver North, said the organization is facing “civil terrorism” from protesters.

“They call them activists. That’s what they’re calling themselves. They’re not activists — this is civil terrorism. This is the kind of thing that’s never been seen against a civil rights organization in America,” he said in a recent interview with the Washington Times.

He’s right. There wasn’t that “kind of thing.”

North told of blood being splashed on the home of an NRA leader in Virginia and said there have threats against others in the organization.

Fair enough. People shouldn’t do that.

But then he said, “What they did very successfully with a frontal assault, and now intimidation and harassment and lawbreaking, is they confused the American people.

“Our job is to get the straight story out about what happened there, and to make sure that kind of thing doesn’t happen again because the proper things are being done with the advocacy of the NRA.”

Let’s break that down. 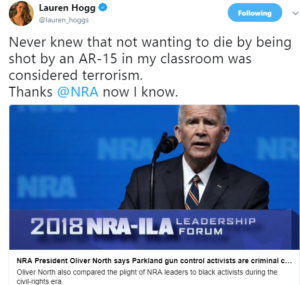 The “frontal assault” that got all this going occurred on Valentine’s Day at Marjory Stoneman Douglas High School when 17 people were shot to death with an assault-style weapon.

No one is confused about that.

I’m also pretty sure there was a lot of intimidation and harassment going on there, not to mention lawbreaking. If anyone is confused about that, it seems to be the leadership of the NRA.

About that “straight story” North wants to get out?

The straight story is that 17 people died because a disturbed young man got his hands on a powerful weapon and went to the school with the sole intent of killing as many as possible.

If you are an NRA member, I assume you are appalled by that action, just like the rest of civilized society. I also think you should be deeply disturbed that a guy like Oliver North is saying these things in your name.

Yes, some people say that in a perfect world they would take your guns away. They will not succeed because the Constitution says you can own them.

Some wingnuts even believe they need a personal armory to defend themselves against the tyranny of government. Those loose screws forget that the government has a large army, tanks, missiles and, if need be, nukes.

The government would probably win.

Oliver North talks about threats, but how are anti-gun protests any different from Marion Hammer hitting the “send” button on her vast email list to mobilize supporters against even the hint of gun restriction? Does that mean she is a civil terrorist?

Somewhere, somehow, voices of reason have to emerge in this debate.

So, the question I have for you, gun owner, is simply this: How many of you will raise your hand and become that voice?

Several Florida politicians properly ripped North because, as you might expect, the subject of guns is a little sensitive here. But this issue, and nation, needs more than politicians to be effective.

The nation needs you.

previousLast Call for 5.15.18 — A prime-time read of what's going down in Florida politics

nextReuters the latest to zing Jacksonville over release of public records