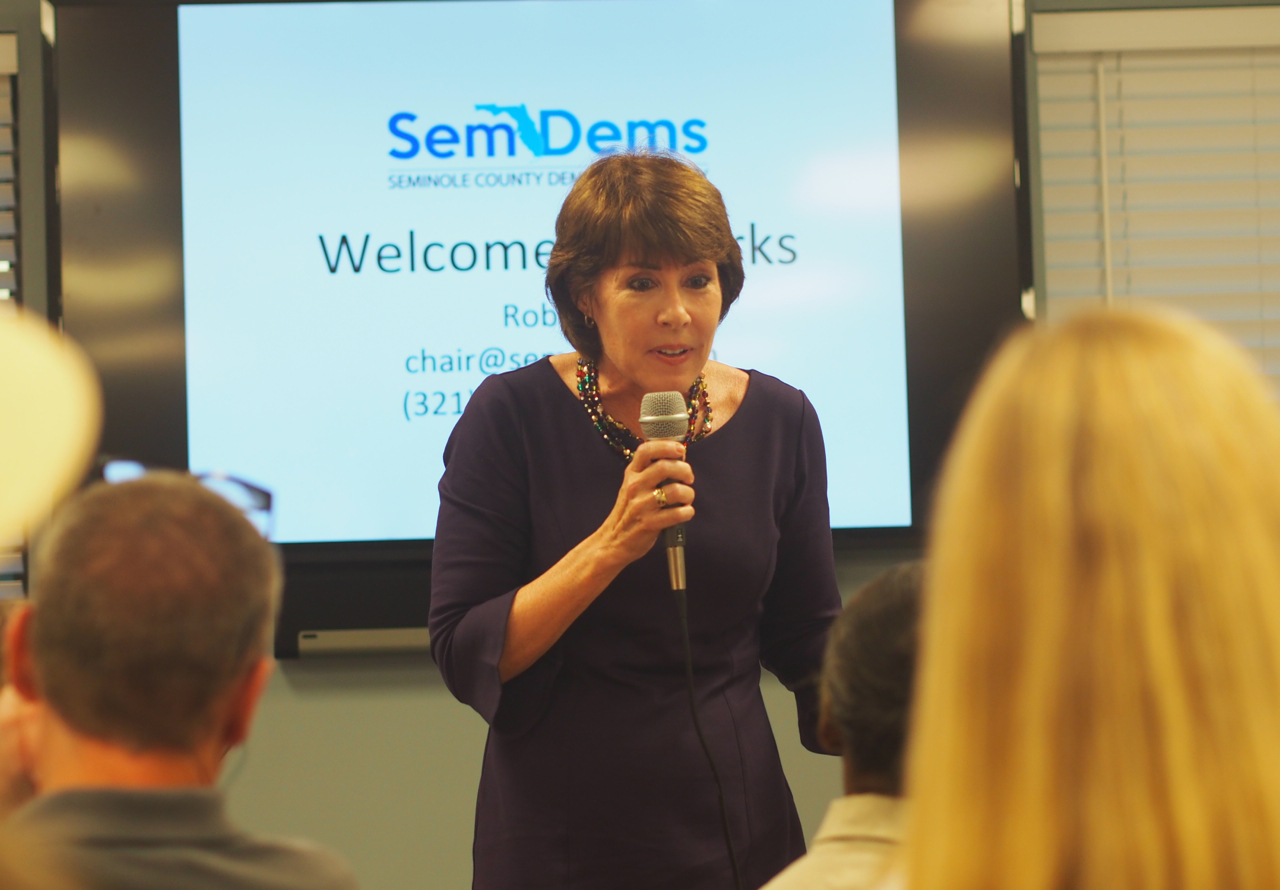 Democratic gubernatorial candidate Gwen Graham is rolling out her criminal justice reform platform to include reduced sentencing for non-violent offenders, decriminalization of minor marijuana possession, tighter rules for charging juveniles as adults, and a new level of review for death penalty prosecutions.

In a news release issued by her campaign Thursday, Graham contended that Florida faces a crisis particularly due to problems with  inequity and what she called “pervasive prejudice” in the criminal justice system, leading to mass incarceration, increasing costs for taxpayers and chronic money problems for the bulging prison system.

Her 21-point plan also calls for restoration of rights for convicted felons who have completed their sentences, a long-term phase out of private prisons, a de-emphasis of  minimum sentencing requirements, and a proposal to eliminate what she calls a poverty penalty that leads people who cannot afford to post bail to sit in jail while awaiting trials for non-violent felonies.

The plan stops short of some of the more ambitious goals declared by her Democratic gubernatorial candidate rival Chris King, who earlier this month released his criminal justice reform platform including such items as legalizing marijuana and banning the death penalty. Democratic gubernatorial candidate and Tallahassee Mayor Andrew Gillum also has called for legalizing marijuana.

King’s campaign wasted no time in dismissing her proposal as “half-hearted” and “lame,” and pointed out that the Tampa Bay Times had said King’s proposal is “setting the agenda for other Democrats.”

“While Chris unveiled a bold, honest criminal justice proposal that calls for real reforms, Graham rolled out a lame plan copied and pasted from the conventional politics playbook –– it’s calculated to do nothing but check boxes,” King campaign spokesman Avery Jaffe stated in a news release. “That’s the kind of politics Democrats shouldn’t accept and Florida can’t afford.”

Graham’s campaign noted she is the only candidate addressing juvenile justice reform, and it emphasized the opportunities it sees for bipartisan support for her plan.

Like Gillum, King, and to a less-emphasized level by the other major Democratic gubernatorial candidate, Philip Levine, Graham’s plan emphasizes inequities in Florida’s current criminal justice systems, and many of her proposals are aimed at addressing them. She also contends her plan would combat injustice and decrease Florida’s inmate population.

“Ineffective drug laws, unfair minimum-sentencing punishments, and archaic bail policies systematically hit communities of color and poor Floridians hardest. Working in the criminal justice system and with rehabilitation groups, I have seen firsthand that we can reduce inequality, give citizens second chances and make our state safer,” Graham stated in the news release. “This is an area Democrats and Republicans agree we can take progressive action — and, as governor, I will lead them in passing these reforms.”

Among the specific proposals:

– Give judges discretion to depart from mandatory minimum sentences in some cases;

– Require each state attorney’s office to conduct a review process before a juvenile can be charged as an adult;

– Limit adult charges for juvenile offenders to those with past felony records or who have been charged with violent felonies;

– Expand flexibility in funding and investment in community-based juvenile programs;

– Require a state attorney’s office to get approval from an internal panel of attorneys before seeking the death penalty;

– Restore voting rights to returning citizens who have completed their sentences;

– Increase use of community monitoring and non-monetary bail for misdemeanor and non-violent felony offenders;

– Eliminate the “poverty penalty” involved in locking up misdemeanor and non-violent felony offenders who cannot afford to post monetary bail.

“For too long, the politicians in Tallahassee have ignored the inequity and pervasive prejudice in Florida’s criminal justice system. While they’ve failed to act, Floridians have been hurt by mass incarceration, increasing costs and devastating cuts,” Graham stated in the release. “We face a crisis today and can not afford to continue with the status quo. As governor, I will fight for impactful progressive policies that can pass the legislature with bipartisan support.”