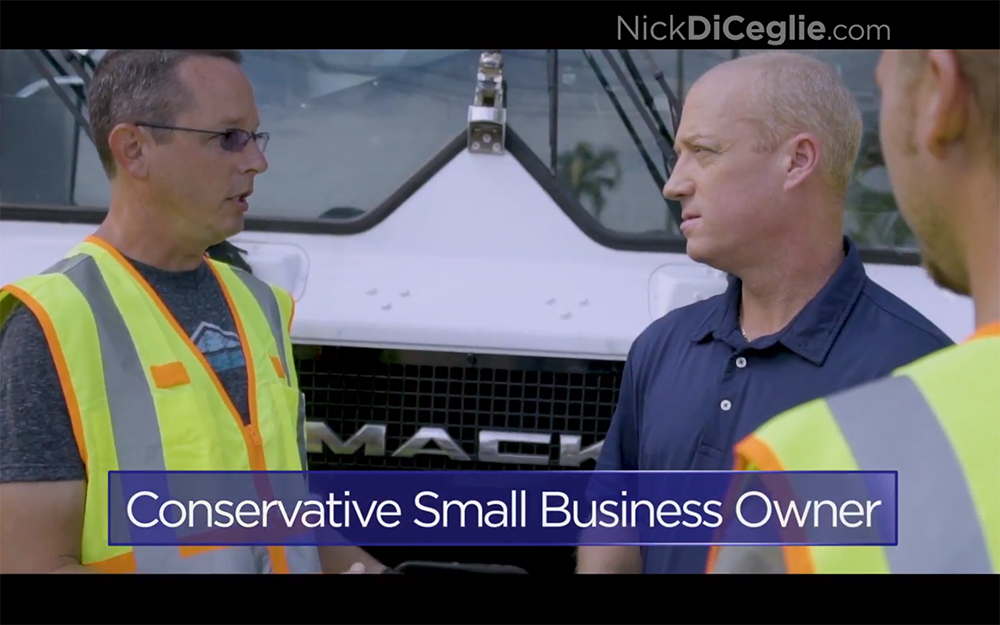 The 30-second spot, titled “Cleaning Things Up,” is already out digitally and the campaign said it will begin running on cable networks next week. The ad begins with the Pinellas GOP chair on the job with his waste management company Solar Sanitation.

The ad marks the first TV spot in the three-way race for HD 66, a coastal Pinellas seat that covers part of Clearwater as well as Belleair Bluffs, Indian Rocks Beach, Indian Shores and Seminole.

DiCeglie is running against Seminole attorney Berny Jacques in the Republican primary, while Democrat Alex Heeren, a schoolteacher, has already locked up the Democratic nomination without opposition.