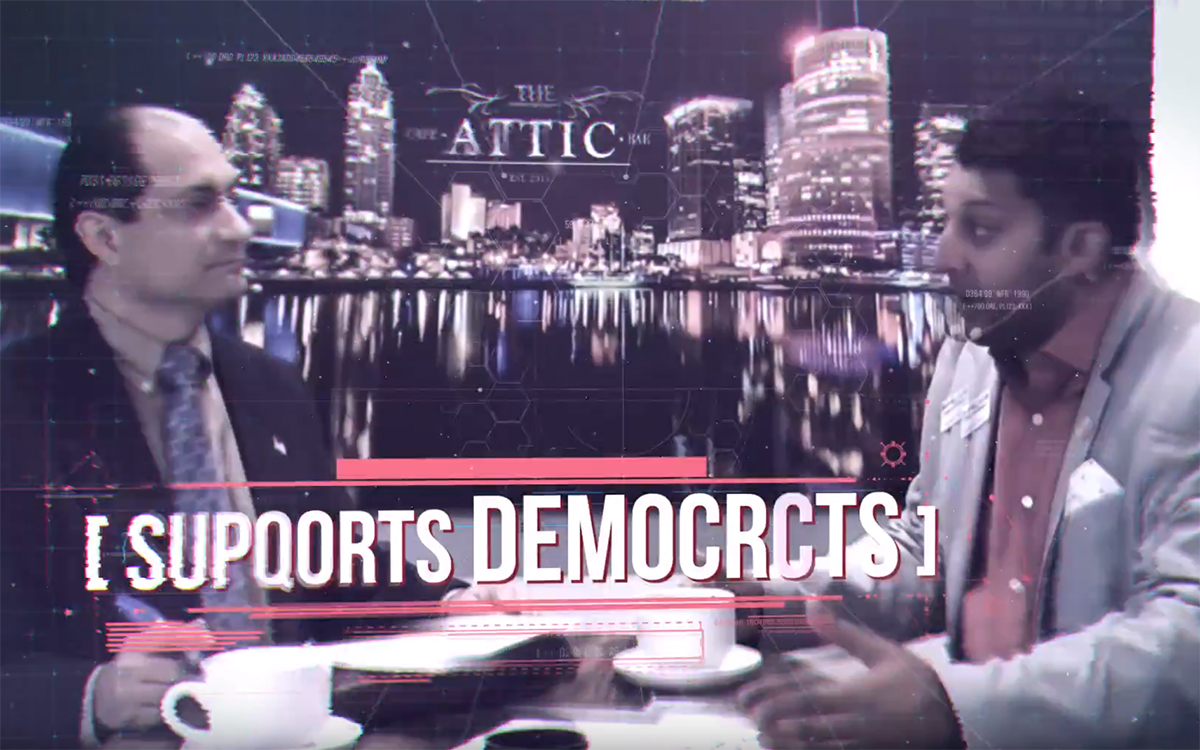 Hillsborough Commission candidate Todd Marks has already attacked Republican opponent Aakash Patel for past donations to Democrats, but now he’s doing it over the airwaves.

Marks, a Tampa attorney, is out with a new ad that intersperses clips of Patel’s first ad with his Jan. 28 interview on LeaderCast Tampa, where the Tampa businessman said he doesn’t have a “Republican or Democrat philosophy. I’ve given money to Democrats. I’ve supported Democrats.”

That line, which comes halfway through the 36-minute interview, was highlighted in an attack email sent out by Marks back in April. The new ad is trotting it out again, and Marks uses it to label the Tampa businessman as Aakash “Too Liberal” Patel.

The 30-second spot begins with the portion of Patel’s ad where supporters say, “My county commissioner should be a trusted conservative, who protects our values,” before a narrator interrupts and says “Aakash Patel betrays those values” and rolls the aforementioned interview clip.

The back and forth continues with a woman from Patel’s ad saying, “I don’t want a career politician,” followed by the narrator asking “Then why does Patel brag about meeting with Barack Obama and other liberals?”

“Aakash Patel donated to Democrats as they bashed President [Donald] Trump,” the voiceover continues as pictures of Patel with Obama and U.S. Rep. Charlie Crist fill the screen. “Aakash Patel: Two-faced and too progressive.”

According to campaign finance records with the Florida Division of Elections and the Federal Elections Commission, Patel did not donate any funds to Obama. Nor did he donate to Crist — either personally or through his business, Elevate Inc. — during the Pinellas politician’s independent run for U.S. Senate or his campaigns for Governor and Congress as a member of the Democratic Party.

However, Patel did donate to Crist’s opponent, then-U.S. Rep. David Jolly, last cycle as well as in 2014.

Patel has donated to dozens of Republicans over the years, among them Jeff Atwater, Pam Bondi, Richard Corcoran, Matt Gaetz, Adam Putnam, Jimmy Patronis and Ross Spano. Bondi, Corcoran and Gaetz are among the many conservative politicians who have endorsed Patel in the county commission race.

Florida Politics reached out to Patel for a response after the ad was released.

“I’m disappointed that my opponent decided to use his campaign dollars to attack me rather than focusing on the issues that matter to Hillsborough County,” he said.

Patel and Marks are the only Republicans running for the countywide District 7 seat currently held by retiring commissioner Al Higginbotham. Both men were previously candidates for the District 1 seat held by Commissioner Sandra Murman but they switched races after she decided to serve out the remainder of her term rather than make her own run for District 7.

previous'March for Our Lives' tour to roll into Jacksonville Friday