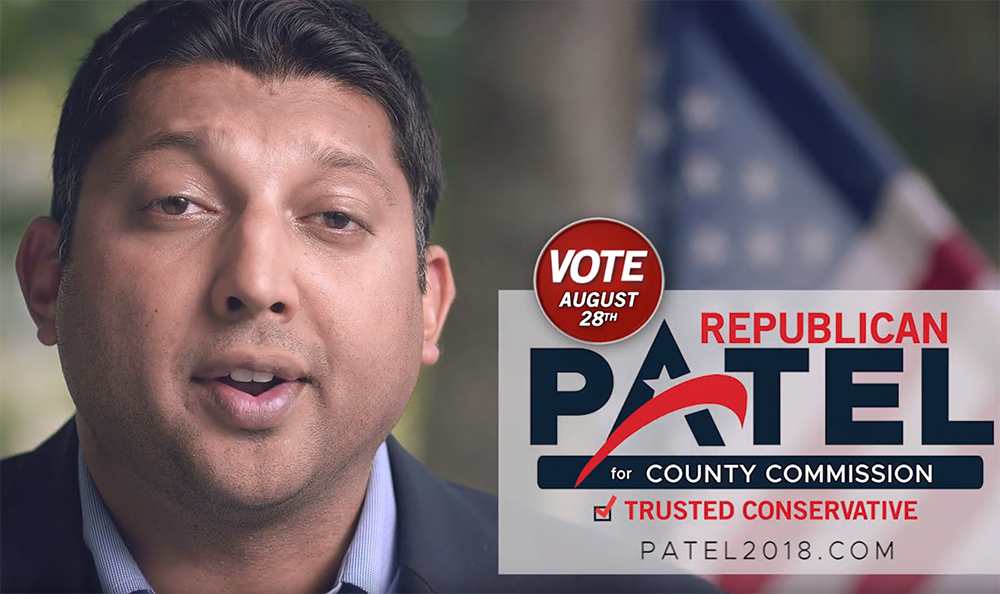 The 30-second spot, entitled “A Better Hillsborough,” features a half dozen Hillsborough residents saying what they are looking for out of the next commissioner to hold the countywide District 7 seat.

“My county commissioner should be a trusted conservative, who protects our values and has always fought for Hillsborough,” the residents say. “I don’t want a career politician. I want someone who will fix the term limit loophole, so they actually work. My commissioner should want what we want: Less traffic, more jobs and the best education for our children.”

The ad then turns over to Patel, who says that “together we can work toward a better Hillsborough County.”

“I continue to be humbled by the outpouring of support for my campaign. I want to express my sincere gratitude to these Hillsborough Voters who have come out and publicly supported me. These are only a few of the ever-increasing number of supporters we are gaining as we move toward Election Day,” Patel said.

Patel’s ad is below.