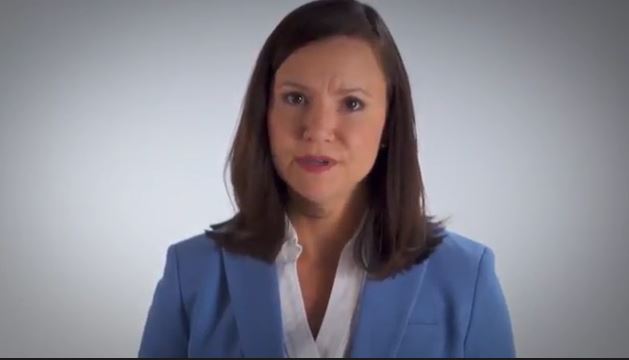 A new ad from Frank White‘s political committee is hitting Ashley Moody over alleged “fearmongering” in a recent ad.

The group, United Conservatives, says Moody was misleading voters in a recent ad for her campaign in the Attorney General’s race.

In Moody’s 30-second spot, the narrator beings by saying, “Our streets aren’t safe.” Moody then jumps in to say she will fix the problems plaguing the state.

But that reference to unsafe streets doesn’t jibe with the facts, according to United Conservatives.

The group’s new ad, titled “Ashley Moody Facts,” points to statements made by the state’s current Republican administration, touting a drop in violent crime in 2017.

Gov. Rick Scott‘s office put out a news release in May which pegged Florida’s crime rate at a 47-year low in 2017. The ad also features a news conference where Scott said, “Florida’s crime rate dropped by six percent in 2017, including a reduction in violent crimes by more than three percent.”

Current Florida Attorney General Pam Bondi followed up with a statement highlighting the “dramatic drop in the state’s crime rate.”

The ad closes by urging voters to “call Ashley Moody and tell her Floridians deserve leadership, not fear-mongering.”

But Moody’s campaign says that some areas are still dealing with the effects of violent crime, and highlighted that fact in their response to White.

“It’s disturbing that a candidate running for Attorney General would think our crime problem is solved,” said Nick Catroppo, campaign manager for Moody.

“If Frank White had spent even a second working with law enforcement, leading investigations, or prosecuting a case instead of being a politician, he would understand Florida’s next attorney general will face significant criminal threats not the least of which are escalating violent crime rates in parts of the state and attacks on law enforcement.”

Moody and White are the only two Republicans competing in the AG race.

The Democrats also currently have two candidates running, though that race was upended Wednesday as Sean Shaw sued to have his opponent, Ryan Torrens, removed from the ballot.