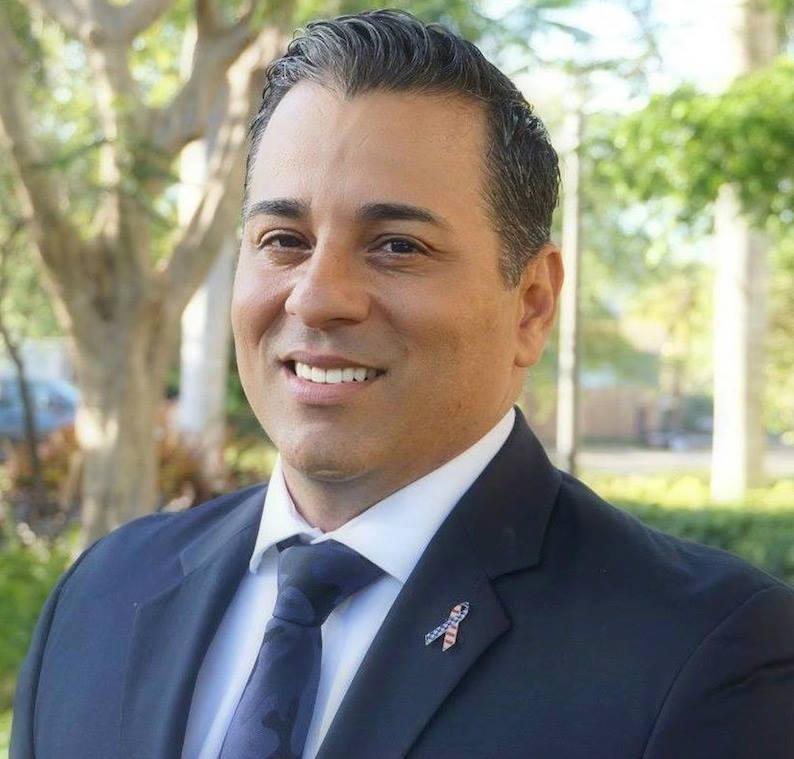 Conservative blogger Javier Manjarres seems to be playing tricks with the truth on a recent campaign mailer for his candidacy in Florida’s 22nd Congressional District.

Manjarres, who runs the right-wing blog The Shark Tank, recently sent the mailer to voters as he tries to unseat incumbent U.S. Rep. Ted Deutch.

Next to a picture of Manjarres are the words, “U.S. Air Force,” presumably touting his service in the military. That’s despite a lack of easily searchable records tying Manjarres to the Air Force.

Florida Politics reached out to Manjarres to discuss his time in the Air Force, but he repeatedly refused to answer our questions.

He indicated there is a record of a “Javier Manjarres,” with the same date of birth as the candidate, joining the U.S. Air Force. Those records show Manjarres listed with the rank of “Airman Basic” before being separated from the Air Force in September 1990 before completion of his basic military training. 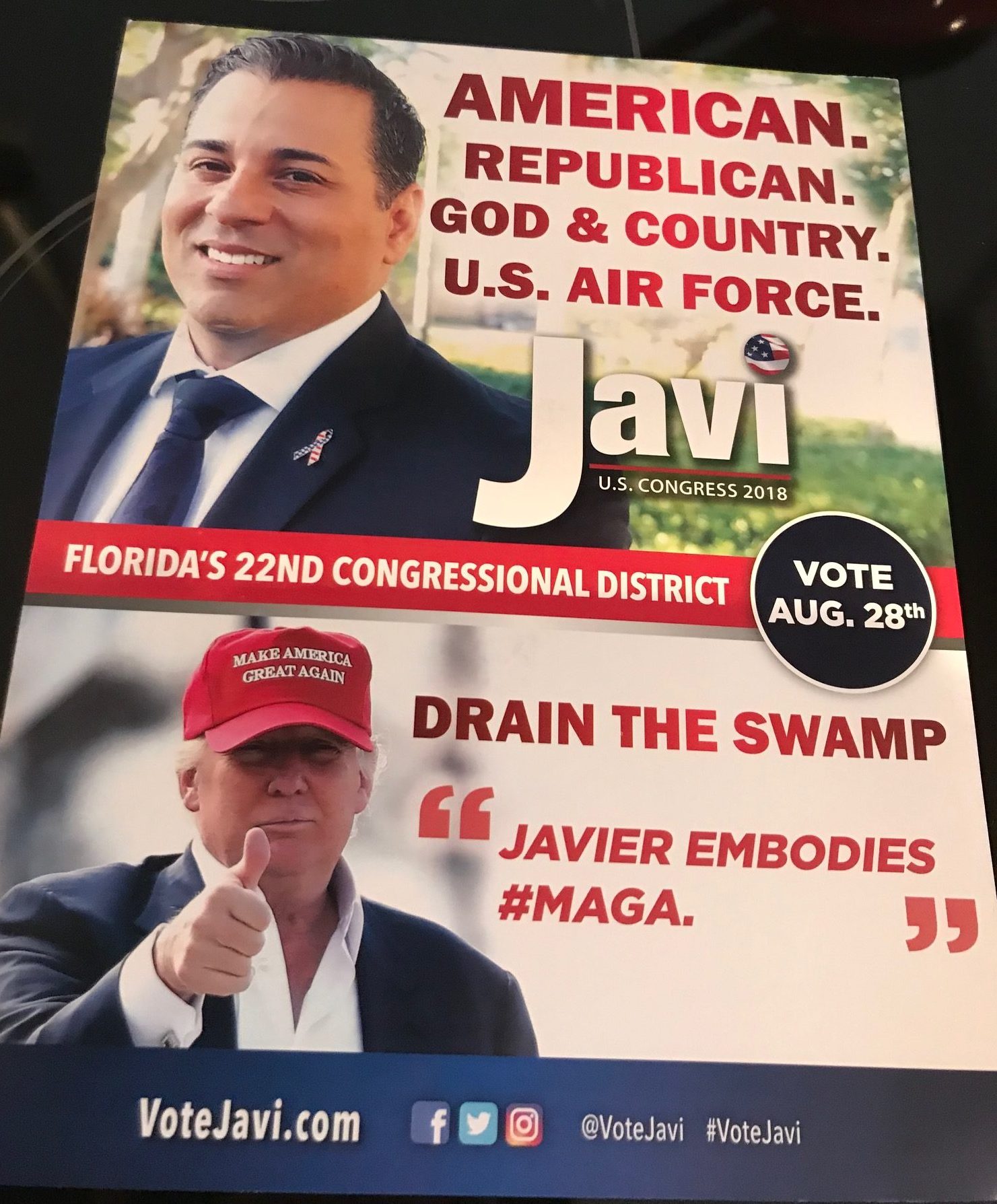 While it may be technically accurate that Manjarres did sign up for the Air Force, readers and voters can decide for themselves whether his attempt to associate himself with the Air Force is proper given that he did not even complete basic training, according to records.

That’s not the ad’s only problem, however. The mailer also shows a picture of President Donald Trump next to the statement, in quotation marks, “Javier embodies #MAGA.”

A plain reading of that mailer makes it appear Trump said those words.

Only, he didn’t. Instead, those are the words of U.S. Rep. Matt Gaetz of Florida’s 1st Congressional District. When Gaetz endorsed Manjarres in the CD 22 Republican primary, Gaetz reportedly said, “Very few people supported President Trump as early on as Javier. Javier embodies #MAGA.” That’s according to the site Red Broward.

That’s also according to the other side of Manjarres’ own mailer, which attributes the quote correctly to Gaetz. 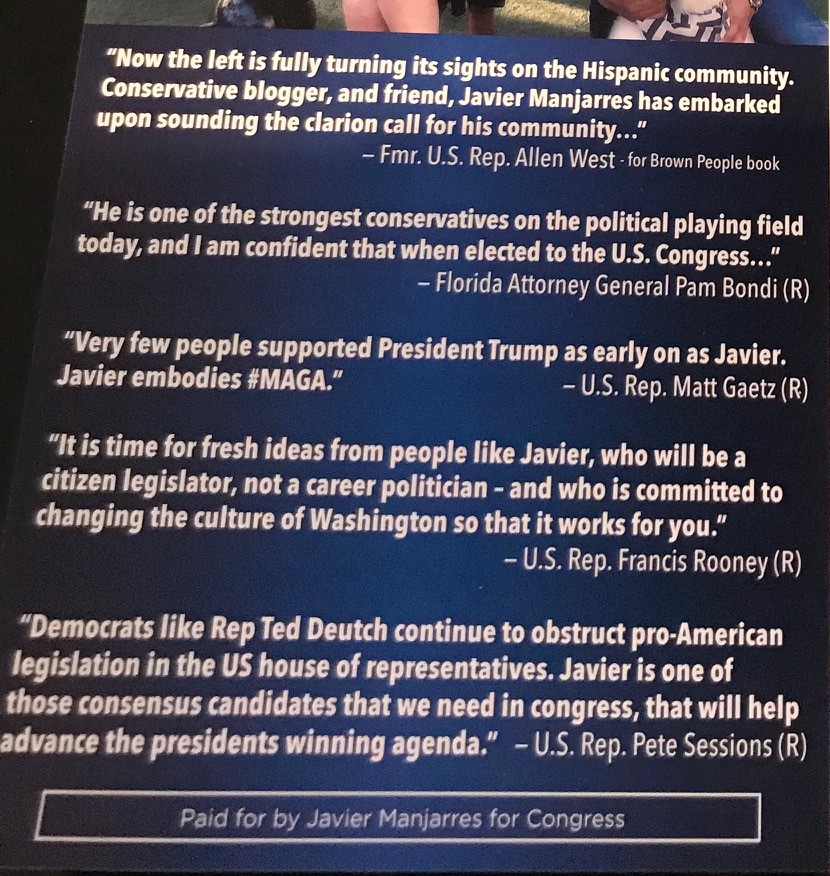 Again, we asked Manjarres about the possibility some voters could be confused into thinking Trump made that statement.

His response to our questions was as follows: “Florida Politics is a hack website published by someone accused of pay for play, and has a political agenda, and use[d] to write for the liberal website [D]aily Kos.”

Manjarres is one of three Republicans competing in the CD 22 race, along with entrepreneur Nicolas Kimaz and finance industry veteran Eddison Walters. The primary is Aug. 28.