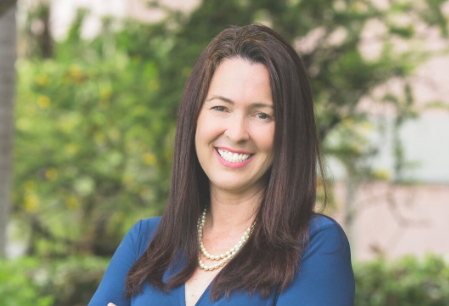 The Everglades Foundation has hired Shannon Estenoz to be its chief operating officer and vice president for policy and programs, as well as four others into senior staff-level positions, the organization announced Friday.

Estenoz, a Broward County resident, has worked 21 years in environmental policy and advocacy, most recently at the U.S. Department of the Interior, where she was director of the Office of Everglades Restoration Initiatives and the executive director of the South Florida Ecosystem Restoration Task Force.

A former member of the South Florida Water Management District Board of Governors, Estenoz also served as executive director of the Everglades Law Center before directing the World Wildlife Fund’s Everglades Program, and the Suncoast Regional Program of the National Parks Conservation Association.

The Everglades Foundation, a 501(c)(3) non-profit dedicated to leading efforts to restore and protect the greater Everglades ecosystem, also announced the following hirings:

– Rebecca Rose as director of marketing and communications. She is a a veteran Washington D.C.-based communications professional now living in Miami, with experience working with departments and agencies ranging from the Navy to the Export-Import Bank.

– Katherine Caskey as director of leadership giving for South Florida and The Keys. She has 15 years of wide-ranging leadership in philanthropic work in Chicago and Florida. She lives in Coral Gables.

– Owen Baillie as director of leadership giving for Miami-Dade County. He has broad fundraising experience in initiatves including  youth advocacy, public health, medical advancement, and higher education. He lives in Miami.

“The hiring of these exceptionally experienced, sought-after professionals underscores our commitment to saving the Everglades and, hence, preserving clean drinking water for nearly 8 million Floridians,” the foundation’s Chief Executive Officer Eric Eikenberg stated in a news release. “We are laser-focused on high-impact restoration projects, such as building a reservoir south of Lake Okeechobee to filter the pollutants that cause devastating algae blooms which damage our plant and wildlife, and cripple our tourism, real estate, and commercial fishing industries. Florida’s future depends on clean water.”