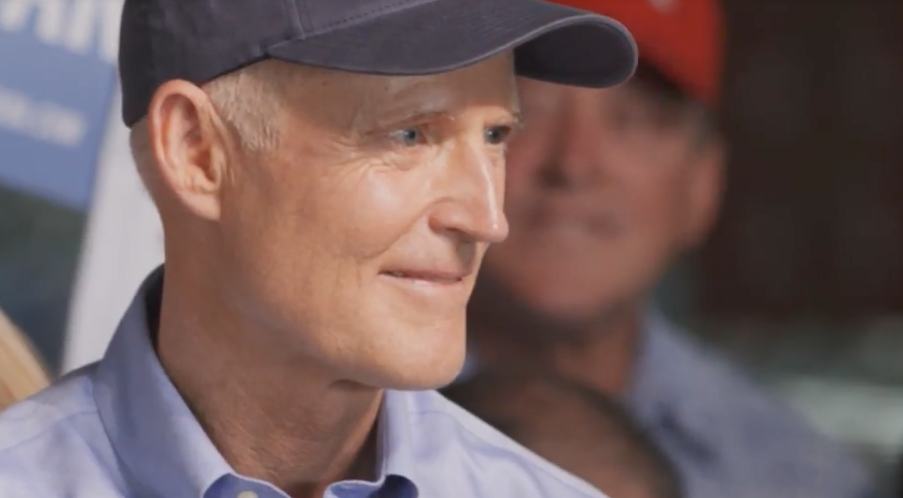 “Stealing from Medicare,” a 30-second television and digital ad launching today, charges that Nelson is “stealing from Medicare and Social Security” by not paying the employers’ matching share of those taxes [though Medicare and Social Security actually would be made whole, because the employees would be required to make up the difference in their tax returns.]

But the real hit is the implied allegation of hypocrisy against Nelson on taxes, something that Scott hit Nelson with last week.

“It’s unfair. Bill Nelson increases your taxes, but he doesn’t pay his own,” the narrator declares.

The ad cites news reports from earlier this month that showed that much of Nelson’s campaign staff was working, at least through the June 30 campaign finance reports, as independent contractors brought into the campaign as individual consultants. It also charges that Nelson wasn’t paying toward health insurance coverage for the campaign staffers.

Nelson’s campaign has said that arrangement is typical of campaign startups, and that his campaign is transitioning many of the staff members to employee status, offering payroll taxes. In the meantime, independent contractors pay their own taxes and arrange for their own medical insurance, as they are not formally employees of the organization.

The new commercial doesn’t specify the number of tax increases, just that Nelson has supported tax increases, and it lays hard into Nelson about his own record as an employer.

“Reports of Bill Nelson habitually refusing to pay taxes is nothing short of shameful,” Scott stated in a news release issued Monday. “Bill Nelson raises your taxes, but it appears he doesn’t pay his own. He fights for big government through health insurance mandates, then reportedly avoids providing health insurance for his own employees. This is exactly the kind of hypocrisy we have come to expect from a career politician like Bill Nelson. We need leaders in Washington who will look out for Florida taxpayers instead of looking out for themselves.”

Scott’s campaign has said it pays payroll taxes and health insurance premiums for its employees, though it, too, has a some — a small number — of independent contractors.

nextLast Call for 7.30.18 — A prime-time read of what's going down in Florida politics