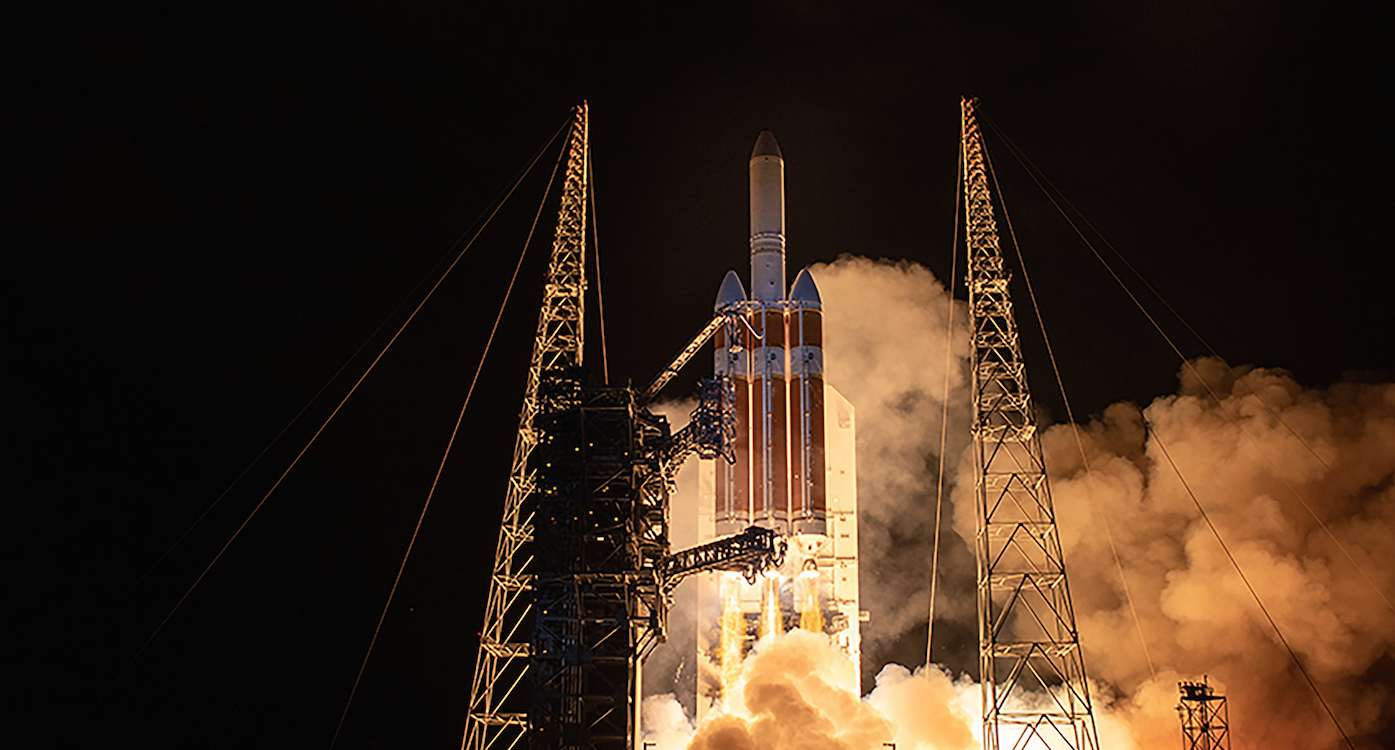 Under clear skies that must have made it visible throughout much of Florida, a Delta IV Heavy rocket blasted off from Cape Canaveral early Sunday morning sending the Parker Solar Probe to the sun to explore the mysteries of how stars work.

“All I can say is, ‘Wow, here we go,'” said 91-year-old scientist Eugene Parker after he watched the space probe bearing his name head out toward exploring solar mysteries he first revealed 60 years ago. “We’re in the … learning mode over the next several years.”

The United Launch Alliance rocket blasted off on time at 3:31 a.m. and climbed flawlessly through the Earth’s atmosphere. Its three stages of rocket boosters all fired and fell away, and the spacecraft left orbit, heading for its three and a half month journey to the sun, 93 million miles away.

Sunday’s launch, from Launch Complex 37 at Cape Canaveral Air Force Station, came on the second try. NASA got the launch countdown to under two minutes early Saturday morning before a minor glitch with a gaseous helium level forced the agency to scrub the attempt.

There were no such glitches reported Sunday morning.

As the rocket rose, NASA announcer Patrick Moore declared, “Liftoff of the mighty Delta IV Heavy rocket with NASA’s Parker Solar Probe: a daring mission to shed light on the mysteries of our closest star, the sun.”

From a spot in Orlando more than 50 miles away, the three-booster rocket’s flare was clearly visible as a bubble of bright orange light rising from the horizon into the skies. Six minutes later the low, crackly rumble of the boosters could be heard in Orlando.

In late November the Parker Solar Probe will make its first encounter with the sun. The satellite will brush through the sun’s outer atmosphere — the ultra-hot, intensely violent, and deeply mysterious corona — at hundreds of thousands of miles an hour. It will be collecting data that scientists expect will help unlock mysteries ranging from the origins of solar flares to the energies behind solar winds that blow out across the entire solar system.

That will be one of 24 encounters the probe will make with the sun over the next few years, each time, circling through the corona, then heading out to Venus. The spacecraft then will loop around Venus and head back to the sun for another orbit through the corona.