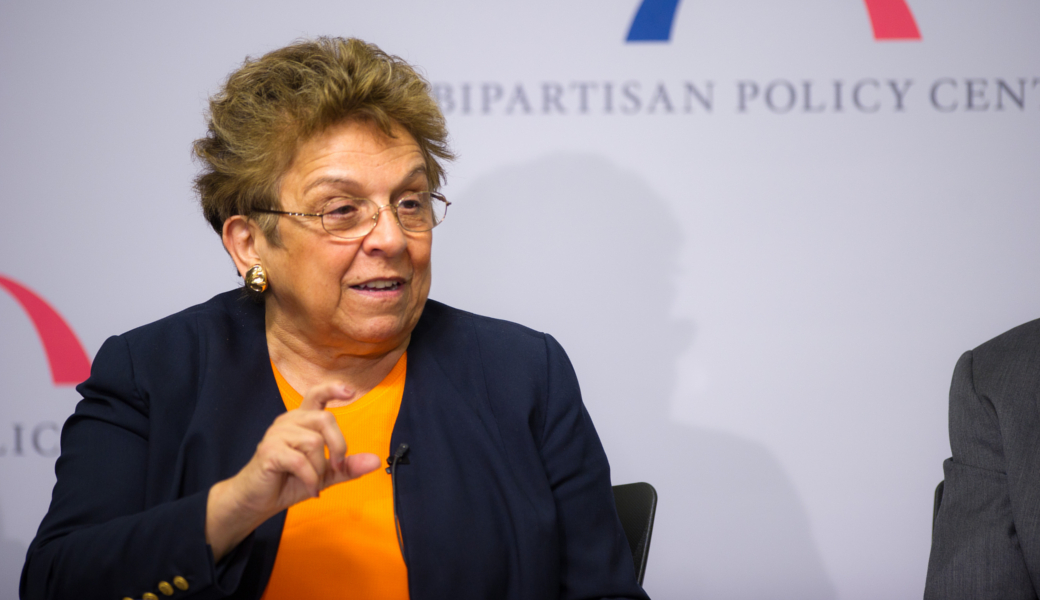 She has been president of two major universities. She served as President Bill Clinton’s Health and Human Services Secretary for eight years. Now, at age 77, Donna Shalala is embarking on a new adventure: a Democratic run for the U.S. House.

The Miami-area District 27 seat, long occupied by retiring moderate Republican Rep. Ileana Ros–Lehtinen, is viewed as one of the best chances nationwide for a Democratic pickup in the party’s quest to win House control from the GOP.

Hillary Clinton topped President Donald Trump by about 20 percentage points in the district in 2016, even as voters re-elected Ros-Lehtinen.

Shalala faces a field of four other candidates in Tuesday’s primary, including a state lawmaker who has been gaining on her in the fundraising chase but who lacks her name recognition. Awaiting the Democratic winner will be one of nine Republicans, including a former city councilwoman who claims she was abducted by space aliens as a child.

Asked why she chose to take this fresh path after such a long career, Shalala said: “What I decided in my mind was that I wasn’t finished with public service. I wanted to take a shot.”

Shalala, former president of the University of Miami and the University of Wisconsin, is banking that her experience is seen as an asset by voters. The Democratic candidates take similar positions on most key issues — tackling climate change, reducing gun violence, improving health care, overhauling immigration — but none of the others can match Shalala’s lengthy record or familiar name.

“Our theme is basically, ready on day one,” she said in a recent interview. “That sends a message to them as well.”

Most polls have Shalala well ahead. Still, her top primary challenger, state Rep. David Richardson, raised three times more campaign cash than she did in the most recent quarter. Richardson, who in 2012 became Florida’s first openly gay legislator, is running as a progressive who says he will bring “responsible and forward-thinking solutions” to Congress.

“Donna Shalala, she’s had her chance,” Haggman says in one TV spot. “It’s time for a new day.”

Shalala brushed off these challenges. “It’s about what you can do for your community,” she said.

As for the fundraising, Shalala noted that even after Richardson’s surge she had about $157,000 more cash on hand in the last quarter.

“We have more than any other candidate. I’ve got no problem there,” she said.

The Republican side is harder to handicap. Spanish-language television journalist Maria Elvira Salazar has raised the most money, while former Miami-Dade County Commissioner Bruno Barreiro has more experience. Both have well-known names, especially among Hispanic voters.

Yet in recent days attention has been on former Doral Councilwoman Bettina Rodriguez Aguilera, a Cuba native who was endorsed by the Miami Herald for the GOP nomination despite her past claims that she was abducted by space aliens at age 7 and has communicated with them telepathically.

“It has nothing to do with me being in Congress,” she said in an interview. “It’s a non-issue.”

Shalala said she’s confident Democrats will flip the seat from the GOP no matter which Republican is nominated. Part of the reason, she said, is strong Democratic voter enthusiasm traceable to their opposition to the Trump presidency.

“There’s no question about it. In all their experience, Trump is their worst nightmare,” she said.

Material republished from The Associated Press, with permission.

previousJoe Henderson: After Florida primary election, time to swing back to the middle