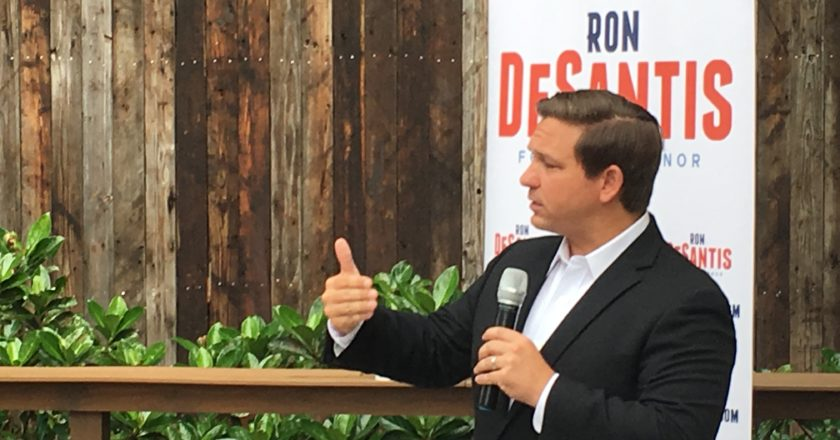 Ron DeSantis was more quotable in Orange Park than Jacksonville.

In a poll following a pretty consistent pattern through the past week, Gravis Marketing is finding that Republican U.S. Rep. Ron DeSantis and Democratic former U.S. Rep. Gwen Graham appear headed for a Governor’s race showdown after Tuesday’s primaries.

DeSantis and Graham have topped several polls in the week heading into the last two days of voting, and Gravis is among them.

That poll was of 579 registered Republicans, and Gravis was citing a margin of error of 4.1 percent for Republican results.

The only major difference in the most recent polls has been the order of Greene, Levine, and Gillum, and their relative strengths compared with each other.

The Gravis poll included 531 registered Democrats, with Gravis claiming a margin of error of 4.3 percent on Democrat results.

Gravis found a couple of other primary races bunched within the margins of error.

Former Circuit Judge Ashley Moody has an insignificant lead over state Rep. Frank White for the Republican Attorney General primary nomination. Moody drew 35 percent and White 32 percent, with 33 percent of those surveyed saying they were uncertain.