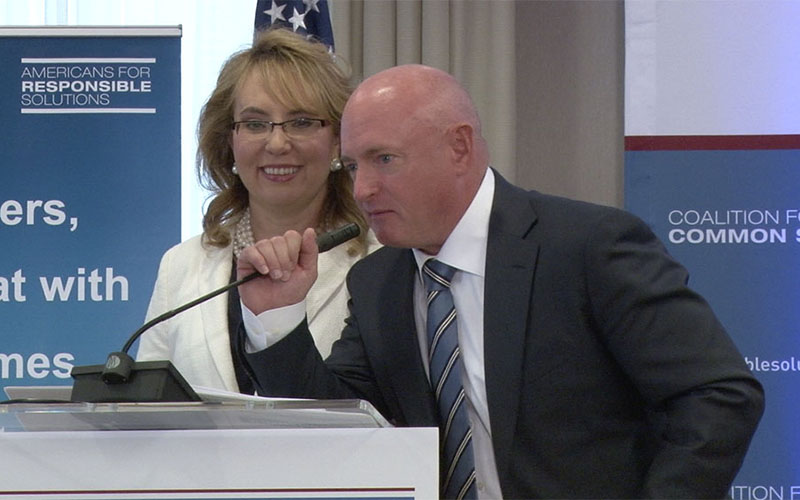 The group also endorsed Democratic U.S. Rep. Val Demings, though Demings was re-elected in 2018, defeating her only opponent in the Aug. 28 Democratic primary.

The organization, founded by the former Arizona congresswoman shot in 2011 during an assassination-turned-mass-shooting, and her husband, retired NASA astronaut and retired Navy Captain Mark Kelly, was created to support candidates who support gun law reforms.

“America experienced three of the deadliest mass shootings in modern history in just the past year. Over 38,000 people in our country were killed by a gun. Florida has not been immune to this deadly crisis: somebody is killed by a gun in Florida every three hours,” Giffords stated in a news release issued by her organization. “Despite this devastating reality, the gun lobby has used its cash and influence to stifle any attempts to pass laws on Capitol Hill to make our schools, streets, and communities safer.

“The members of Congress we are endorsing today acknowledge the devastating toll of our nation’s gun violence crisis, and they are working to combat it. Their leadership will be critical for our next victories in Congress to save lives and prevent future tragedies,” she added.

nextLast Call for 9.13.18 – A prime-time read of what's going down in Florida politics