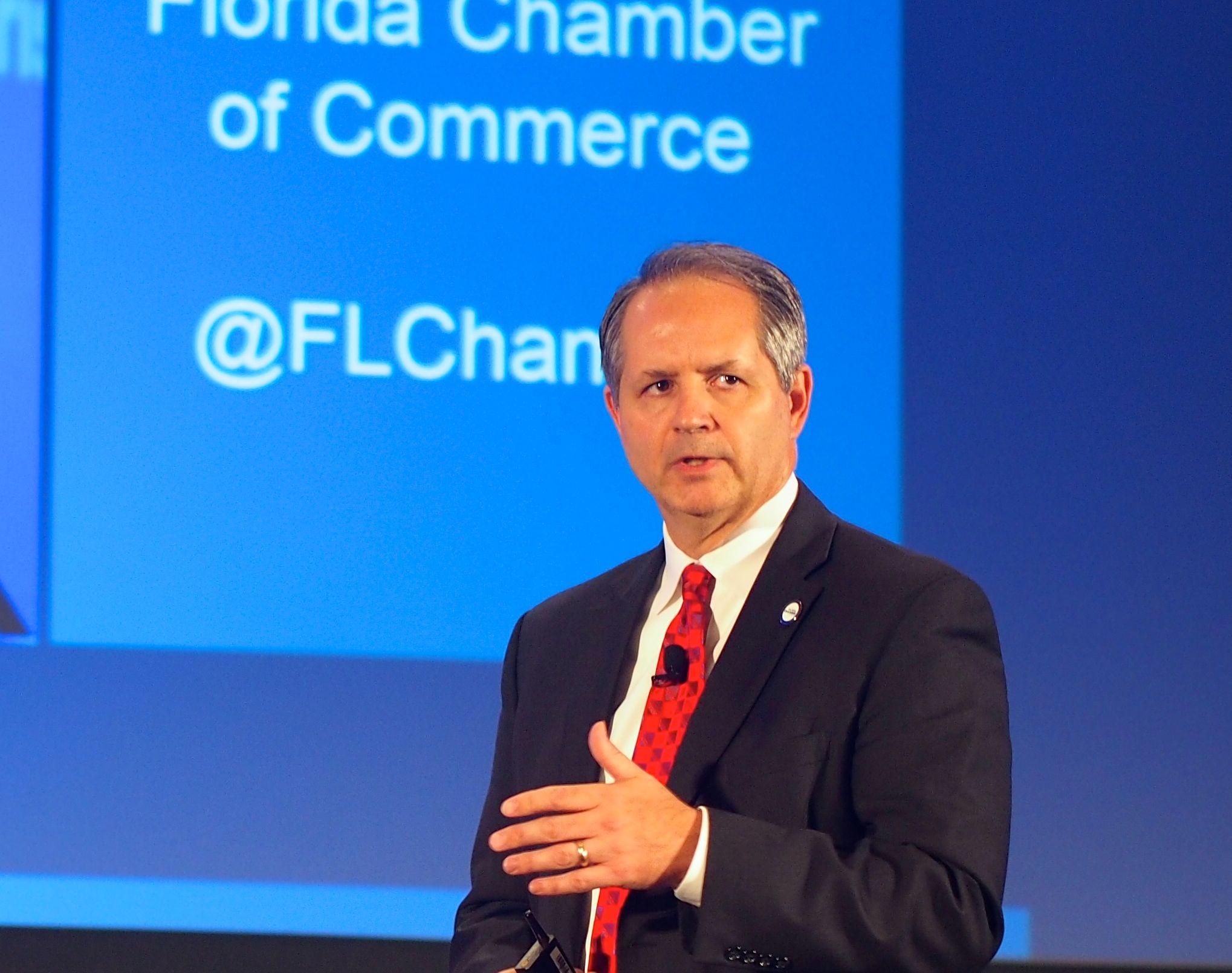 The Florida Chamber of Commerce kicked off the 2018 Future of Florida Forum with a presentation from its CEO, Mark Wilson, outlining the current climate of Florida and how it could change over the next decade.

“Florida is changing. Our economics, our demographics and our politics are all changing, and these changes bring both opportunities and challenges,” Wilson said. “… ’Last year, I said ‘If Florida was a stock, I would buy all of it that I could.’ I’m not going to do that this year, I want you to tell me.”

Wilson then covered the top-level findings the Florida Chamber’s “Florida 2030” research project, which it bills as a “once-in-a-decade, multimillion-dollar research project.”

Today, the Chamber’s research shows, Florida’s economy is the 17th largest in the world, and it’s outpacing the national growth rate by a full percentage point. It’s also creating one out of every 11 jobs in the country and adding 1,100 residents a day.

The Sunshine State has also begun transitioning from an economy primarily based on tourism and construction to the 20th-most-diverse in the country.

Despite those encouraging trends, Wilson noted that growth and change weren’t heading to every corner of the state – 17 of the state’s 67 counties had a declining population last year, while major the metros in the I-4 corridor and South Florida have continued having explosive growth.

By 2030, Florida will have an additional 5 million residents; many of those new Floridians will be under 55 years old, the Chamber says. To support them, the state will need to create another 1.7 million jobs.

Wilson emphasized that the Chamber is nonpartisan but is “unapologetically pro-business.” How elections shake out in 2018 and the future will have a major impact on the state’s future, he said.

“California is 2,700 miles and only one vote away,” Wilson said. “We have billionaires from out of state that want Florida to be like California, New York or Illinois.”