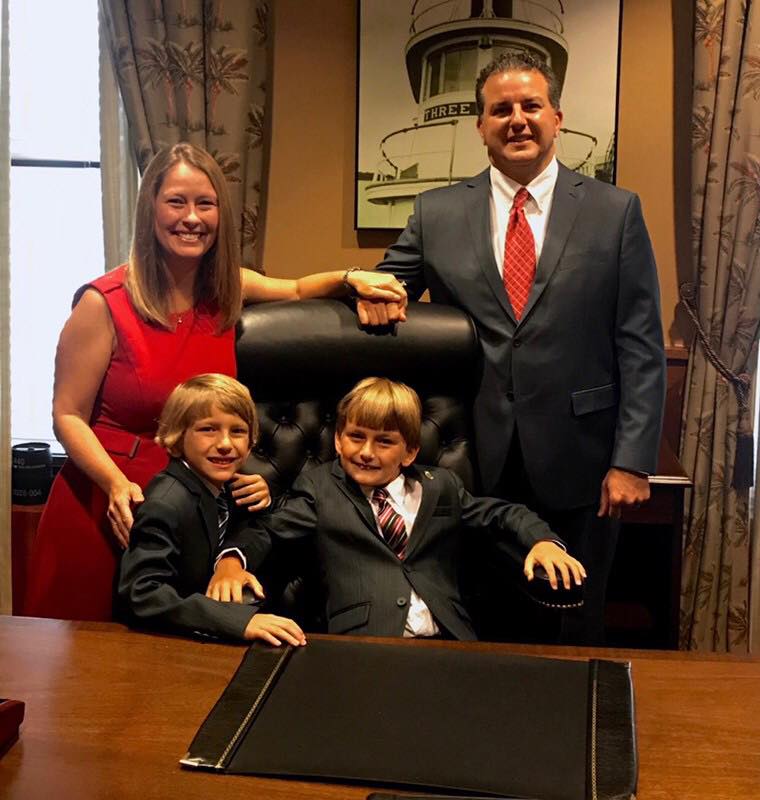 Florida Chief Financial Officer Jimmy Patronis is heading back to Tallahassee from Tampa after seeing his wife, Katie, through breast cancer surgery.

The two were at Moffitt Cancer Center as Hurricane Michael ravaged the Florida Panhandle, including Panama City Beach where the couple and their children live.

“To say I’m a little overwhelmed is an understatement. She’s the only Katie I’ve got,” Patronis said.

Patronis said he expects his wife to make a full recovery. The couple has known about the cancer for about three weeks and it was caught early.

“This was her first mammogram and because of taking that examination seriously, as you’re supposed to do, we’re very fortunate that Moffitt was able to take care of things and get us out overnight,” Patronis said.

Patronis said he’s not worried about anyone criticizing him for not being in Tallahassee during the storm and anyone who stayed in his hometown he called “a damn fool,” echoing the frustration expressed by Gov. Rick Scott ahead of Hurricane Michael’s landfall.

Despite tending to his wife, Patronis stayed alert and informed during the storm. Patronis made preparations for sending out search and rescue teams to search damaged homes and forestry teams to clear roads.

“She was in good hands so I was able to take that comfort and focus on the state,” Patronis said.

Patronis said as of Thursday at noon there were seven search and rescue crews on the ground in the Panhandle. His office has also been active and keeping Floridians up-to-date throughout the day on Thursday, including the dissemination of an alert that Verizon Wireless customers remain largely without service, which put the loved ones of many people in the storm’s path at ease.

“We’re in life-saving mode now,” Patronis said. “I’m afraid that there will be greater loss of life than anyone expected.”

In addition to dispatching search teams, Patronis is also responsible for consumer affairs. Before the storm, he spent time doing outreach to communities in the storm’s projected path warning about insurance fraud.

“When a storm comes, the absolute best comes out in people. But it also brings out the worst,” he said. “There are terrible people out there who are twisted and they prey on the vulnerable.”

He cautioned residents, if something seems too good to be true, it probably is. That warning continues as people begin to assess damage and power companies scramble to restore and rebuild the utility infrastructure for the more than 300,000 who lost service due to the storm.

Patronis is heading first to Tallahassee to survey damage there and meet with officials handling storm recovery. After that he’s heading back to Panama City where homes and businesses were ravaged by the strongest storm to ever hit North Florida.

Patronis doesn’t yet know how his own home fared, but he’s hopeful there’s minimal damage. Friends and neighbors tell him the bulk of the damage is downed trees.