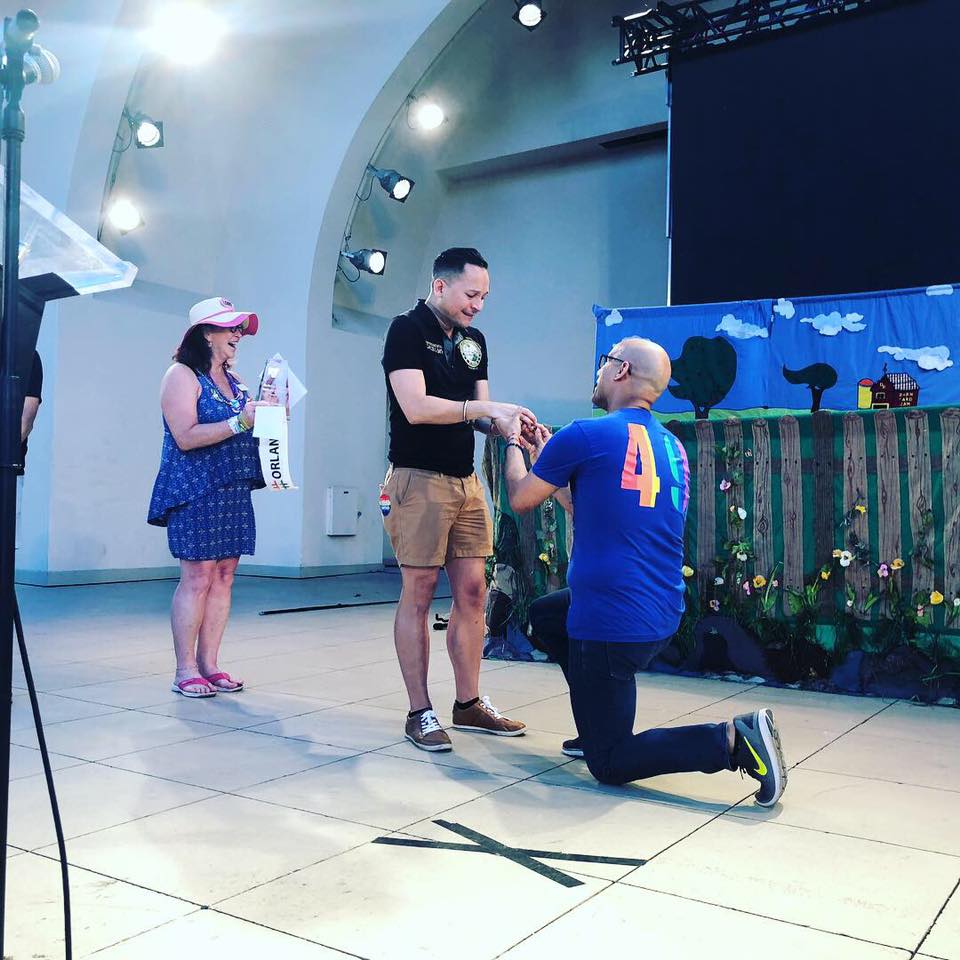 Smith, Florida’s first gay Latino member of the Florida Legislature, was on stage for the annual Pride Rally at Lake Eola Park on Saturday evening when Mediavilla surprised him by getting on one knee and popping the question.

The proposal took place in the Walt Disney Amphitheater, a landmark painted in the colors of the Rainbow Flag.

Anna Eskamani, a Democratic candidate for in District 47, posted pictures of the engagement on social media.

Congratulations to my sweet friend @CarlosGSmith who is now engaged!! His partner Jerick surprised Carlos on stage during #OrlandoPride in front of thousands of people. It was perfect, and we are all in tears! #LoveIsLove #sayfie #flapol 🌈 pic.twitter.com/nUDKrOuKoj

Ida Eskamani, Anna’s sister and Guillermo Smith’s chief of staff, revealed online afterward that the proposal had secretly been in the works since last June, with Pride organizers helping arrange the question.

Guillermo Smith previously worked as the legislative director for Equality Florida, the state’s most prominent LGBT advocacy group. He worked with the organization at various points during the fight for marriage equality.

The state of Florida began recognizing same-sex marriage on January 2015, a few months before the U.S. Supreme Court ruled that states nationwide must recognize the unions.

Guillermo Smith this year was an early and constant supporter of Democratic gubernatorial candidate Andrew Gillum, who won the party nomination in August.

He has championed gun control, public education and LGBT rights in the Legislature since his arrival in 2016. He’s also been a defender and advocate for survivors of the Pulse attack and of families who lost loved ones in the mass shooting.

The freshman lawmaker chairs the Legislative Progressive Caucus in the Florida House of Representatives.

Mediavilla works as a bilingual curriculum and instruction and a dual language specialist at AGMUS Ventures. He previously worked for seven years at Universidad del Sagrado Corazón in San Juan, Puerto Rico.

The political world offered its congratulations to Guillermo Smith as well.