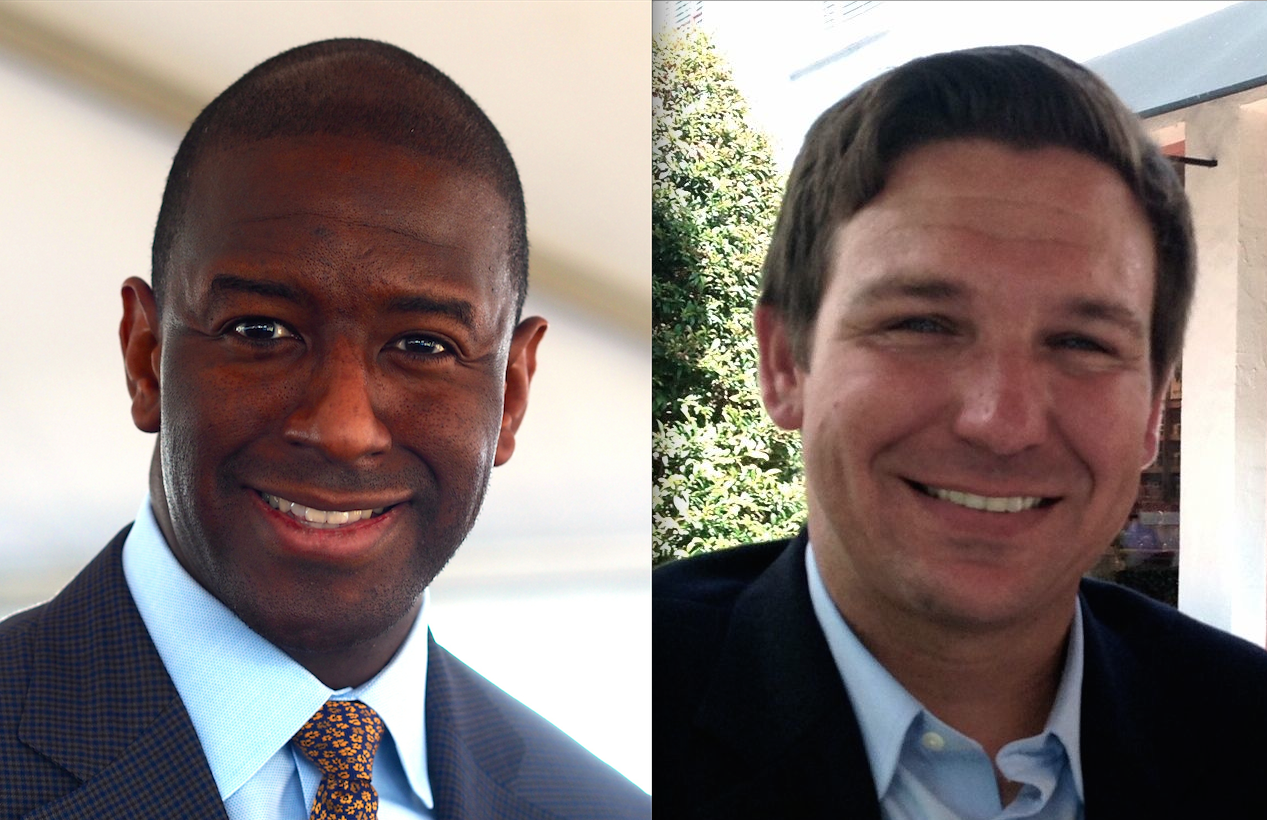 The conservative economics think tank James Madison Institute has issued a detailed economic analysis of the plans proposed by Republican Ron DeSantis and Democrat Andrew Gillum, declaring that DeSantis’ would create hundreds of thousands of jobs, and Gillum’s would cost almost that many.

The institute, grounded in conservative economics championed by Republicans such as Gov. Rick Scott, concludes that Gillum’s proposals for a corporate tax increase, increased minimum wage, and increased teachers salaries “would adversely impact the business climate of the state,” costing 155,000 jobs and $28.2 billion in economic loses per year, the report’s executive summary states.

“Candidate Ron DeSantis agenda — to largely maintain the pro-growth-oriented strategy of Florida through low and stable taxes, would preserve and strengthen the state’s business climate … [and] lead to the creation of 215,000 jobs annually and $26.6 billion in annual economic output,” the summary continues.

DeSantis’ campaign quickly pounced on the report as vindication for the economic message he has been pushing, and as a repudiation of Gillum’s.

“Today’s report from the James Madison Institute, a nonpartisan, well-respected economic think-tank, proves what we’ve been saying all along — Andrew Gillum’s policies would be an economic disaster for every person in our state,” DeSantis stated in a news release from his campaign.

“My policies, on the other hand, would create over 200,000 jobs and add $25 billion in annual economic output,” he continued in the news release. “Floridians deserve a Governor who will work to ensure they get to keep more of their hard-earned money, create more jobs, and build on the economic success of our state, and that’s exactly what I will do as Governor.”

The James Madison Institute partnered with two business economic consulting firms, The Washington Economics Group of Coral Gables, and Arduin, Laffer, and Moore of Tallahassee, to produce the study.

At the heart of the study’s criticism of Gillum’s economic proposals is doubt that his proposed increase in the corporate income tax to 7.75 percent, from 5.5 percent, could raise the $1 billion he proposed to pay for his education plans, let alone pay for his broader spending plans, which the institute pegged at $2.6 billion. The institute predicted businesses leaving Florida to avoid paying the higher tax rate.

“Businesses can, and do, change their behavior based on tax changes, and now more than ever businesses are able to readily take their enterprises elsewhere. Consequently, the proposed corporate income tax rate hike cannot be expected to raise $1 billion in tax revenue,” it reported.

The institute’s estimate is that Gillum would have to raise the tax rate to 11 percent to raise the kind of revenue he seeks.

The study also goes at great length on the fiscally negative ramifications of Medicare for all, a proposal Gillum supports, but which would entirely be a federal proposal, completely out of the hands of Florida’s Governor.

The study does find potential money savings in Gillum’s proposed criminal justice reform platform, though it does not specify how much.

For DeSantis, the study gushes, “Ron DeSantis is committed to putting more money back into the pockets of Floridians because he knows they can spend their money better than government.”

It also states, “As Governor, Ron DeSantis will ensure we never become a high tax state hurtling toward bankruptcy like states that continue to spend on the backs of their citizens.

“Candidate Ron DeSantis’ proposed economic policy agenda is conducive to maintaining and likely increasing the growth trajectory that Florida has experienced over the last two decades. Funding State priorities, such as education, through reductions in the costs of educational administration that would allow the shifting of savings to the classroom is a pro-growth policy that improves human resources development without raising taxes,” the report states.

nextLast Call for 10.15.18 – A prime-time read of what's going down in Florida politics