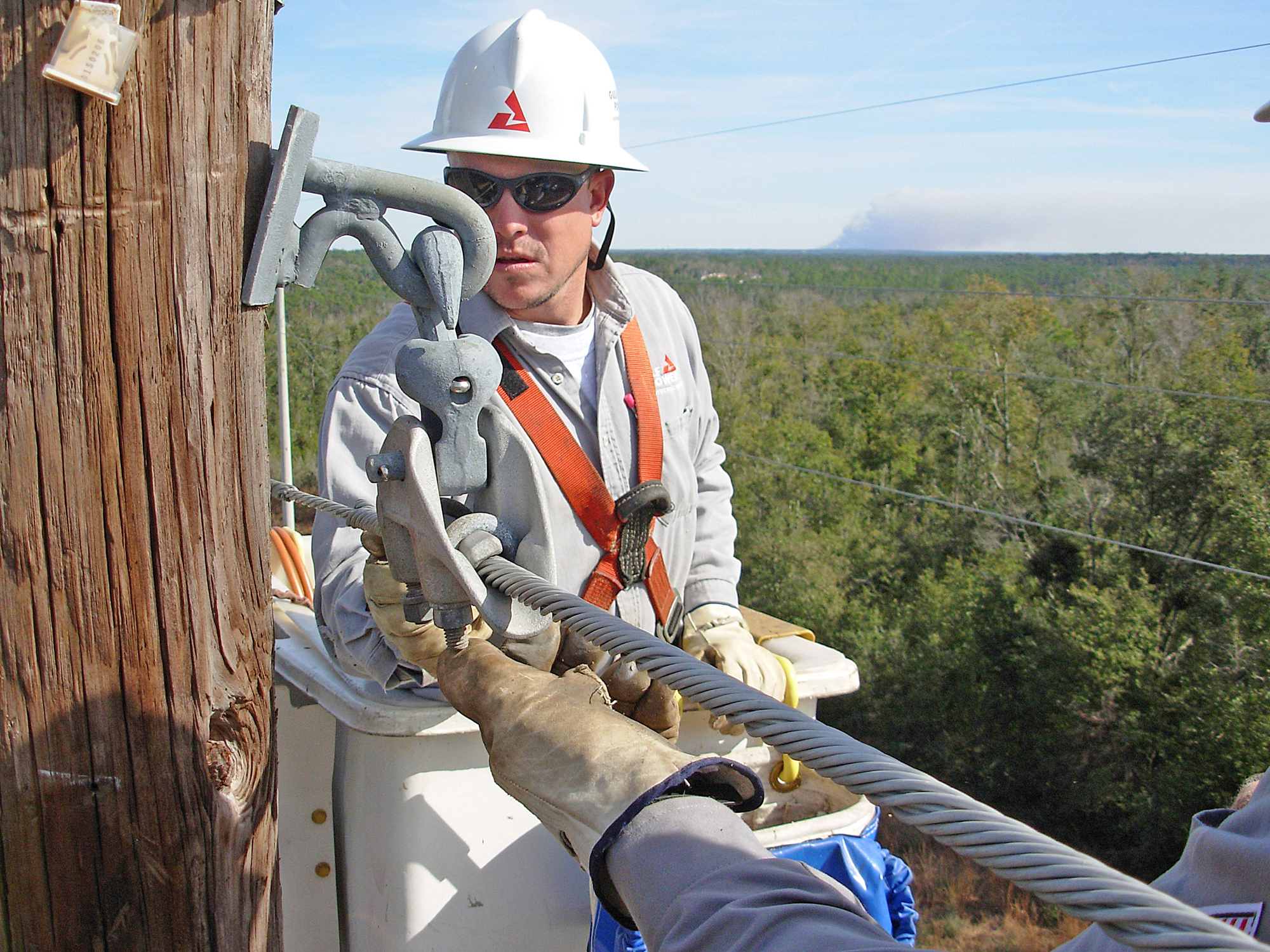 Gulf Power told its customers in in Jackson and Holmes counties north of I-10 who lost power due to Hurricane Michael that it would get their lights back on by midnight Thursday. On Wednesday, it announced it had hit that mark a day early.

As of 5 a.m. CDT Wednesday, the company said it had restored power to 95 percent of its customers north of I-10 in Caryville, Bonifay, Chipley, Graceville and Campbellton.

“Restoring power to these storm-devastated areas takes a massive coordinated effort. The storm drills that are executed every year, along with the real-life experience through deploying to help others in times of need, have paid off in this extensive restoration effort,” said Adrianne Collins, vice president of power delivery.

“Everyone involved in this restoration has been encouraged by the support they have felt from our customers, and the entire team is humbled to be part of the effort.”

In the wake of the Category 4 hurricane, Gulf Power’s nearly 1,200 employees and 300 contractors were been augmented by thousands of linemen and support personnel from around the state. On Tuesday, the company said it had 6,700 power pros from 15 states pitching in on the restoration effort.

As of Wednesday morning, 50,631 out of Gulf Power’s more than 457,000 customers were without electrical service. All by 416 of those customers are in Bay County, which was among the hardest hit by the storm.

Those Bay County customers live in Panama City, Callaway, Parker, Lynn Haven, Youngstown and the surrounding areas, and can expect to have their power back on by Oct. 24. Gulf Power crews started making major progress restoring power to Panama City Beach customers earlier this week.

There are 407 customers waiting on their power to be restored in Washington County and nine customers waiting in Jackson county. Gulf Power has completed restoration efforts in Escambia, Holmes, Okaloosa, Santa Rosa and Walton counties.

Gulf Power produced a map of its estimated restoration times. Gulf Power customers can monitor power restoration progress in their area through the company’s Facebook, Twitter and Instagram feeds as well as its interactive outage map.