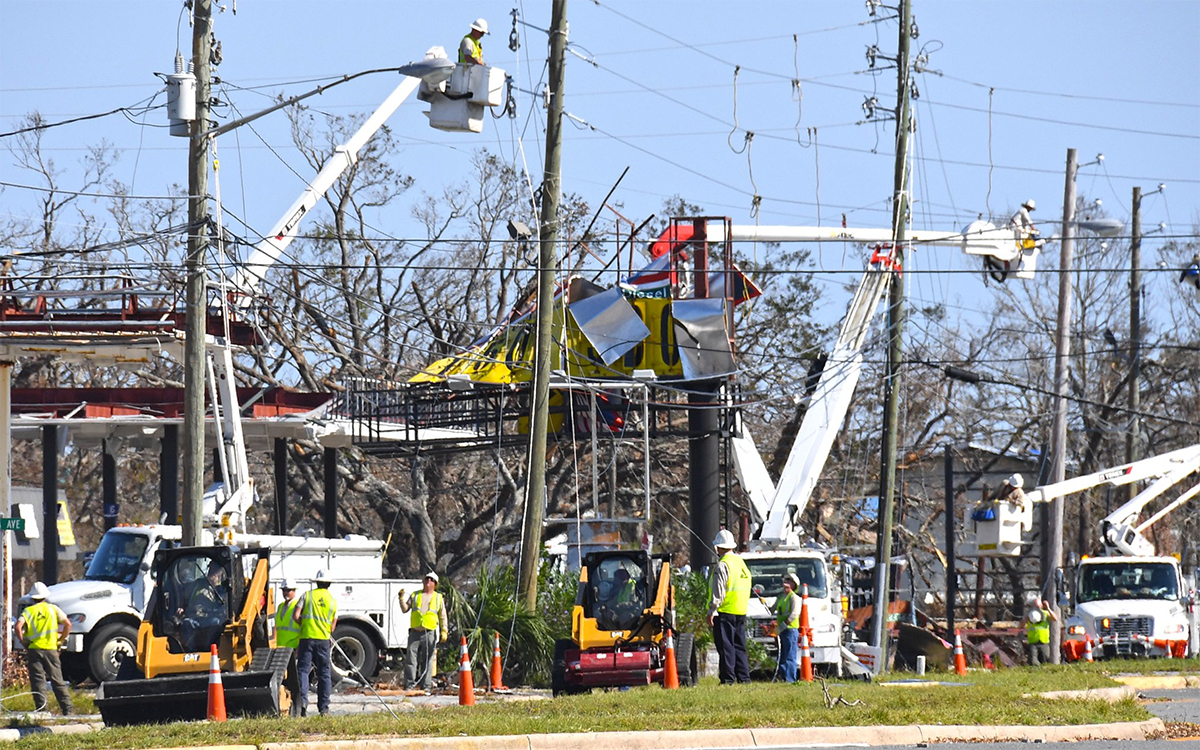 Panhandle utility company Gulf Power announced Thursday evening that 78,000 of the 125,000 who lost power due to Hurricane Michael had had their service restored.

“As we continue to rebuild the harder hit areas, we see and feel the challenge for so many in these communities. We realize that just because we restore power to areas, not everyone’s lights will come on due to damage to homes and buildings,” said Adrianne Collins, Gulf Power’s vice president of Power Delivery.

“However, rebuilding the power grid is a first step toward recovery for families, businesses and the entire community. We are focused on delivering an unprecedented response to this unprecedented storm.”

In yesterday’s 5 p.m. CDT, the utility co. said it had hit the 95 percent threshold in Vernon, Sunny Hills and the surrounding areas south of I-10; Jackson and Holmes counties; Cypress and Apalachee areas with a mailing address of Sneads, Fla.; and Panama City Beach.

At the time of the update, there were still 46,691 customers without power in Bay County and another 119 in Washington County. Gulf Power had already restored power to at least 95 percent of ratepayers in Escambia, Okaloosa, Santa Rosa and Walton Counties in the days prior.

With the bulk of the work still to be done located in Bay County, the area hardest hit by the Category 4 storm, Gulf Power released a more granular timetable for its restoration efforts.

Those living in the Gulf Coast State College area east to Michigan Ave. and north of 20th Street should now have their lights on, while customers north and west of Panama City Mall and west of Hwy. 231 are next up, with an estimated restoration time of midnight on Oct. 21.

The area along Hwy. 231 N. and its side roads from the intersection of E. Hwy. 390, northeast to Youngstown at Pamela Lane is slated to be back online a day after that, while the final batch of homes — those in Downtown Panama City, Callaway, Parker, Lynn Haven and the surrounding area — will be back on the grid by midnight on Oct. 24.

The company’s efforts have been helped along by its 1,500 employees and contractors as well as thousands of linemen and support personnel from around the state and country. Among the personnel pitching in on the round-the-clock effort are many power pros from Gulf Power’s sister companies, Georgia Power and Alabama Power.

Gulf Power has plotted the updated timetable on a map and customers can get incremental updates from the company through its Facebook, Twitter and Instagram feeds as well as its interactive outage map.

Hurricane Michael made landfall in Northwest Florida on Oct. 10 with sustained winds of 155 mph, making it the strongest hurricane ever recorded in the region.

In addition to killing at least 24 Floridians, the storm caused an estimated $3 billion to $5 billion in property damage in the Sunshine State alone.

The map of Gulf Power’s projected restoration times is below. 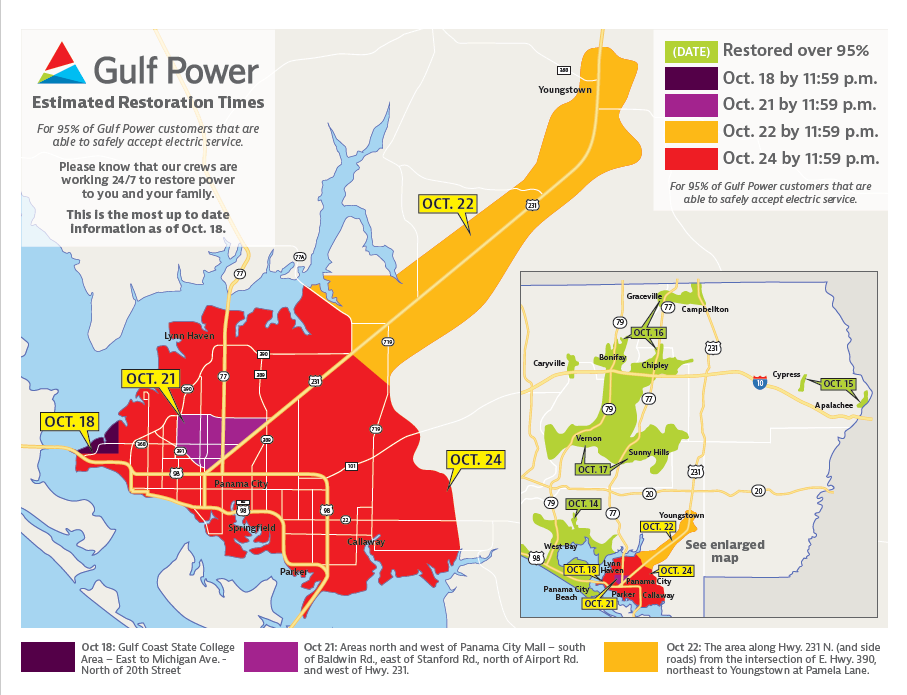