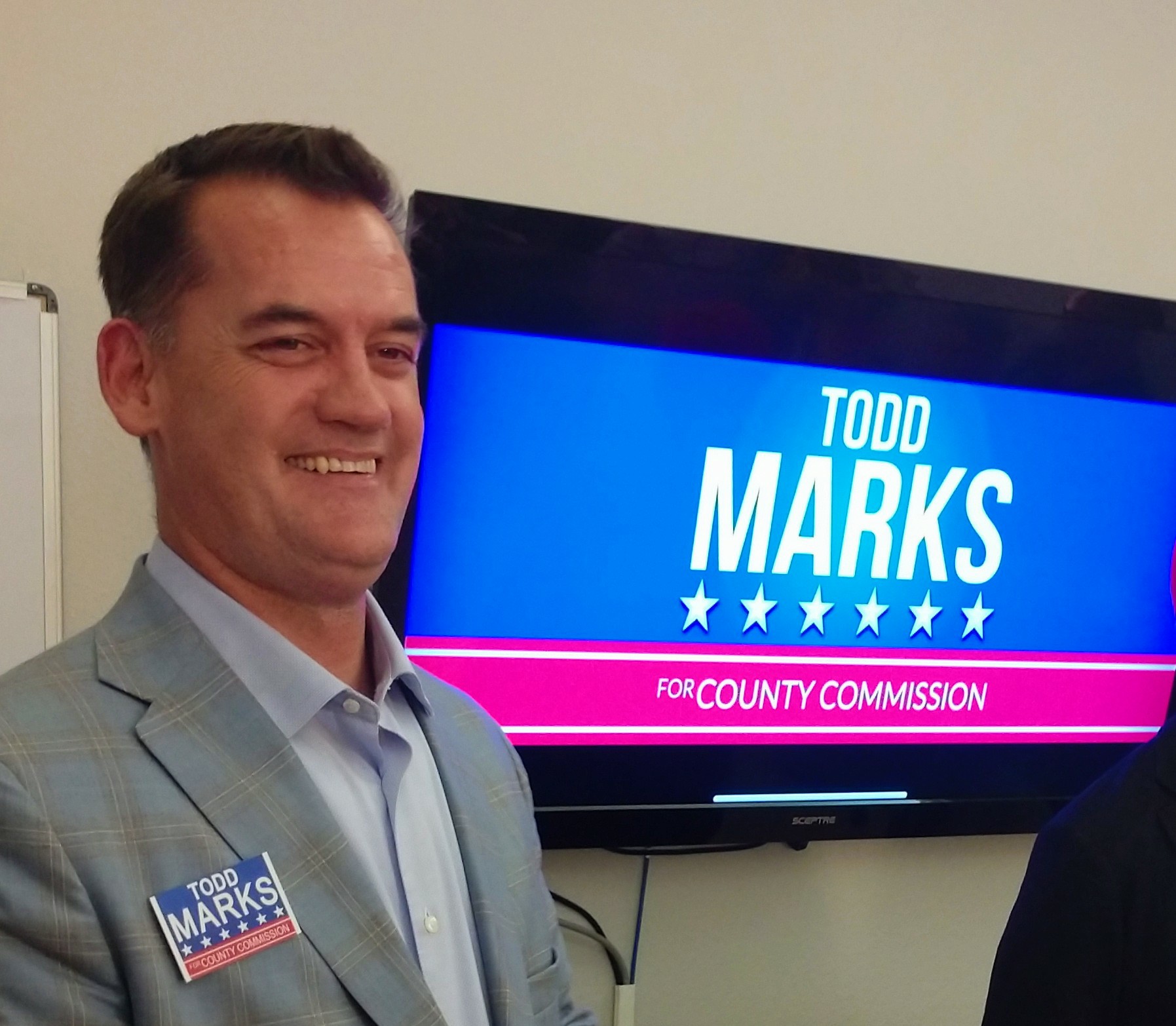 The joint event is being hosted at the home of Amalie Oil Co. exec Harry Barkett and his wife, Carmen, starting at 7:00 p.m. The invitation for the fundraiser lists a minimum contribution of $500 to attend and says supporters should show up in casual attire.

Marks is running for the Hillsborough County Commission District 7 seat currently held by retiring commissioner Al Higginbotham. Marks overcame a major fundraising gap to defeat Aakash Patel in the Republican primary election, and is set to face off against Democratic nominee Kimberly Overman and Green Party candidate Kim O’Connor in the general.

HD 60 is a fairly safe Republican seat. Though it only went narrowly for Trump two years ago, Toledo easily punched her ticket to Tallahassee with a 14-point win over 2016 Democratic nominee David Singer.

The general election is Nov. 6. The fundraiser invitation is below. 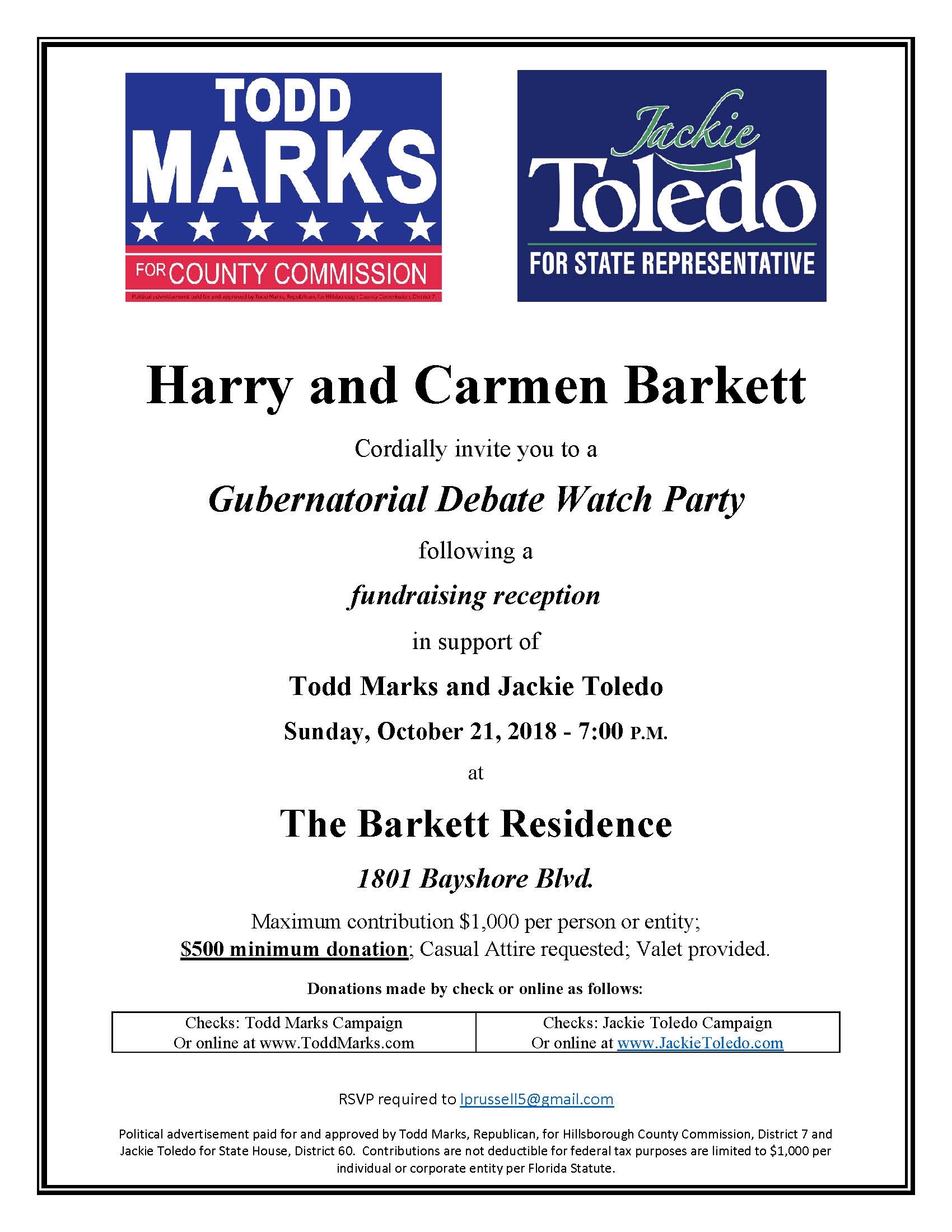