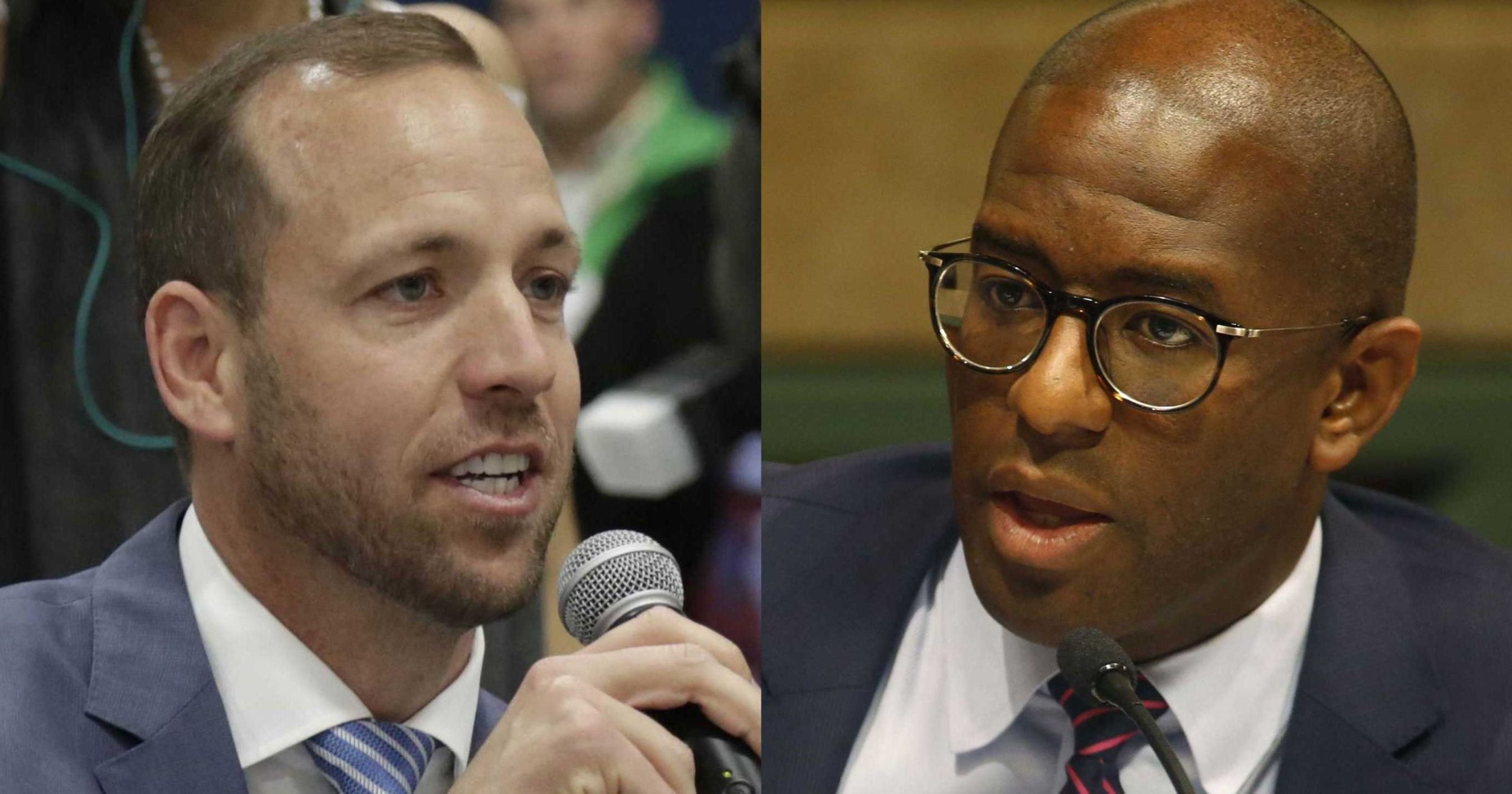 Florida Democratic gubernatorial candidate Andrew Gillum has asserted he paid his way on trips to Costa Rica and New York City that are now the focus of an ongoing ethics investigation, but newly released documents appear to contradict the Tallahassee mayor.

Text messages, video, pictures and other documents surrounding the trip were turned over Tuesday to the state’s ethics commission that is probing the trips due to a complaint filed by a local businessman and persistent critic of Gillum.

In one exchange, Gillum is told that he is getting a ticket to the high-profile Broadway show “Hamilton” courtesy of “Mike Miller and the crew.” Miller was the alias of an FBI undercover agent who met Gillum through a lobbyist and one-time friend of the rising Democratic star politician. Gillum replies back that getting the ticket is “awesome news.”

The documents were turned over to the Florida Commission on Ethics by Christopher Kise, a well-known Tallahassee attorney representing lobbyist Adam Corey. Kise was once Florida’s solicitor general and served on the transition team of Gov. Rick Scott when he won in 2010.

Gillum has steadfastly denied any wrongdoing in the ethics probe, which is separate but related to an ongoing FBI investigation into city government. Under Florida law, local officials cannot accept gifts worth more than $100 from a lobbyist or a company that hires a lobbyist.

“I don’t take free trips from anybody, I’m a hardworking person,” Gillum said on Sunday during a testy debate with Republican Ron DeSantis after the former congressman kept asking him who paid for the “Hamilton” tickets.

Gillum issued a statement contending the records “vindicate and add more evidence” that he paid his way or was with family members who paid for expenses. The Gillum campaign back in September, which released receipts related to the trips, insisted that Gillum received the Broadway ticket because his brother swapped a concert ticket for it. Kise has called that “nonsense.’”

In a Facebook video posted late Tuesday, Gillum said that while the tickets were reserved by friends of Corey and he assumed that they were paid by Marcus Gillum, his brother.

“So far as I know, that was the deal,” Andrew Gillum said.

Gillum, who could become Florida’s first African-American governor, also added that criticism from his opponents that he is unethical or doing something illegal “reinforce, frankly, stereotypes about black men.”

The trips to Costa Rica and New York City came to light after the FBI investigation broke into the open in June 2017. That’s when a federal grand jury subpoenaed five years of records from Tallahassee and a local redevelopment agency.

In February, a federal search warrant was accidentally made public on a court website and detailed that the FBI launched its corruption investigation in 2015 and that agents posed as out-of-town real-estate developers and medical marijuana entrepreneurs in order to gain access to various city officials. The warrant stated that agents were focusing on City Commissioner Scott Maddox, a former head of the Florida Democratic Party, and his former chief of staff. Maddox has denied any wrongdoing.

The FBI earlier this year also asked for more records, dealing primarily with an upscale restaurant that is located in a city-owned building. The Edison received $2 million in financial assistance from the city and the local community redevelopment agency.

One of the owners of the restaurant was Corey, who once served as Gillum’s campaign treasurer and has known him since college. Gillum vacationed at a luxury resort in Costa Rica in May 2016 with Corey, as well as another investor in the Edison. During that trip, Corey set up a meeting between Gillum and people who ended up being FBI undercover agents.

The records turned over by Corey show that Gillum paid for airfare to Costa Rica with his credit card. But an invoice prepared by Corey’s office for the Costa Rica villa that everyone stayed at has Gillum’s and his wife’s names crossed out, with the words “Hold on billing” listed next to the amount. Kise has said that Corey was never given any money for the trip by Gillum.

The records also include information on other trips involving Corey and Gillum and include texts between “Mike Miller” and Corey about setting up meetings with Gillum.

The state ethics commission is not expected to wrap up its investigation until after the Nov. 6 election. In a statement, Kise said that his client chose to release the records since they would eventually become public once the investigation is over. The statement does not answer lingering questions as to why Corey was working in tandem with FBI undercover agents.

“Mr. Corey has been unfairly and inaccurately portrayed in the media as being engaged in improper or criminal actions,” Kise said.

When asked about Corey during the debate, Gillum said that “we all have friends that sometimes let us down.”

Republicans, who have already run ads assailing Gillum over the ongoing investigations, seized on the latest disclosures.