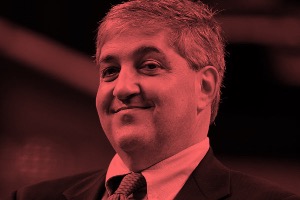 Vinik’s Strategic Property Partners, which is behind the $3 billion Water Street Tampa development, contributed $150,000 during the most recent campaign fundraising period of Oct. 13-19.

SPP already donated $100,000 to the All For Transportation campaign committee. Vinik personally donated $250,000 and the Tampa Bay Lightning, which he owns, kicked in $100,000 previously.

The group backing a 1 percent sales tax referendum to fund transit and transportation improvements for 30 years has now collected more than $3 million.

Contributions continue to roll in from large donations from local businesses and investors. The fundraising trend is both good news and bad for the transportation group.

The piles of cash flowing into the campaign are funding a wide variety of public outreach. During the latest fundraising period, All For Transportation paid nearly $450,000 to Multi Media Services in Alexandria, Virginia for media placement.

But the checks from deep-pocketed entities is also raising eyebrows among critics of the tax increase that worry the campaign is a ploy to fund new transportation infrastructure for Vinik’s downtown development.

The opposition group No Tax for Tracks sent out a mailer earlier this month blasting Vinik for buying the campaign to benefit his own financial interests.

While there is no doubt Vinik’s Water Street Development and his National Hockey League team will benefit from improved transit and transportation infrastructure, the referendum targets the entire county.

One percent would fund oversight to ensure revenue was spent in accordance with the implementing referendum and avoided any political pet projects.

The New York Yankees joined this list of professional sports teams backing the referendum. The team kicked in $100,000 to the initiative to approve Hillsborough County Referendum No. 2. The Yankees have offices in Tampa and play their Spring Training games across the street from Raymond James Stadium at George Steinbrenner Field.

Columbia Food Services, the company behind the iconic Columbia Restaurants, kicked in $25,000 and the law firm of Gray Robinson donated $15,000.

The campaign has about $600,000 left to spend with about a week and a half until the November 6 election. Recent polling showed the referendum sailing to an easy victory.

Campaigners aren’t taking any chances though. Two similar transportation referendums died at the ballot box in 2010 and 2014. The more recent Greenlight Pinellas initiative tanked at the ballot box despite polling well before the 2014 General Election.

previousDon't fall for it: Casinos are not good for children, education