Gov. Rick Scott on Monday ordered flags at half-staff for the victims of Tree of Life Synagogue mass shooting in Pittsburgh, Pennsylvania.

The alleged gunman was charged with killing 11 people Saturday — the Jewish holy day — in what is believed to be the deadliest single attack on Jews in U.S. history, according to the AP.

Scott directed the U.S. and state flags to be flown at half-staff at “all local and state buildings, installations, and grounds throughout the State of Florida.”

“The flags shall be lowered immediately and remain at half-staff until the expiration of President Donald J. Trump’s national directive at sunset on Wednesday, Oct. 31,” a statement from the Governor’s Office said.

“The shooting at a synagogue in Pennsylvania was an act of pure evil and hatred,” Scott said. “There is no place in America for intolerance and violence, and we will do everything in our power to protect Floridians who are peacefully gathered to worship.

“My wife, Ann, and I are heartbroken that someone would harm families gathered at a place of love and community.

“As Governor, I will take any action necessary to protect our communities. I appreciate our state troopers and Florida’s law enforcement community for their dedication to keeping people safe. Everyone deserves to be able to express their religious freedom safely and peacefully.”

“After Parkland, guns were to dominate politics. Here’s the one race where that’s true.” via Samantha Gross of the Miami Herald

“What’s happening is Rick Scott’s lawyer is coordinating to the detriment of his client on behalf of Ron DeSantis. It makes me almost agree with Trump about the FBI. It’s like, what are these m*****f***ers doing? We got ISIS, Al-Qaeda and Russia, and they’re out there doing a sting buying Adam Corey’s food at Adam Corey’s restaurant.” — Attorney John Morgan, quoted by The Miami Herald’s David Smiley. 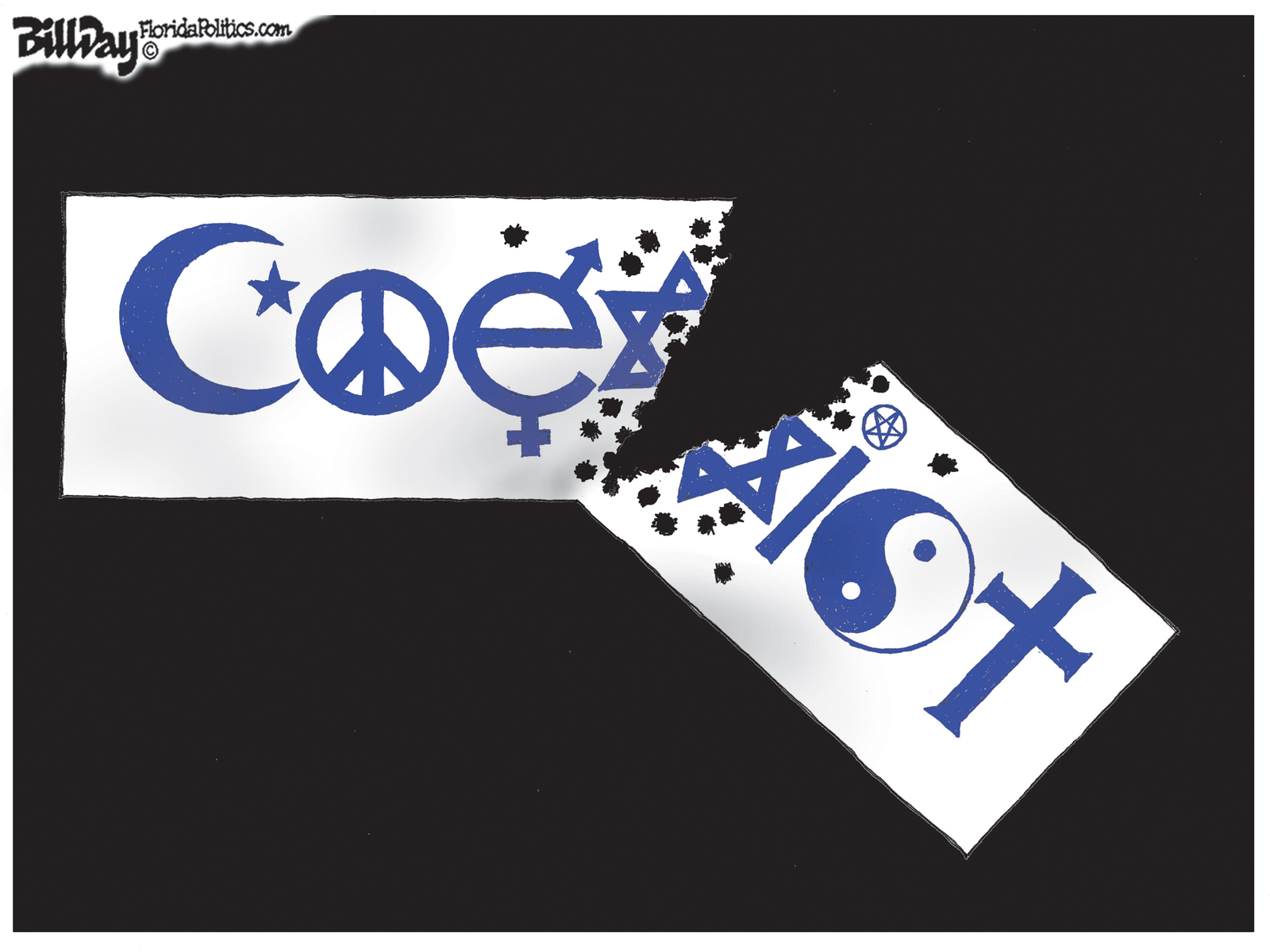 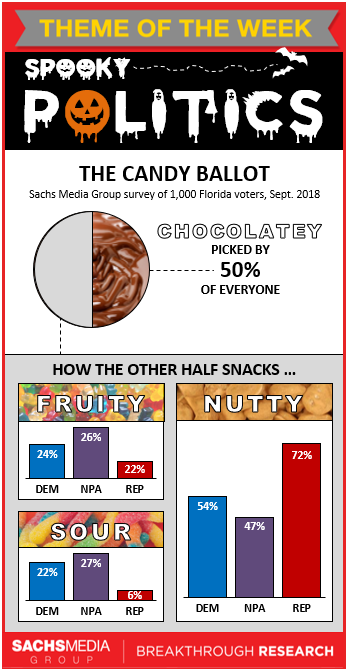 The Andrew Gillum for Governor campaign bus tour will continue with stops in central and southern Florida. They’re at:

Florida TaxWatch will hold a news conference to release a handbook designed to provide information to the next governor to help with the transition after the Nov. 6 election. That’s at 11 a.m., Florida TaxWatch, 106 North Bronough St., Tallahassee.

DeSantis will be joining supporters for two get-out-the-vote events. They’re at: