U.S. Sen. Bill Nelson isn’t “follow(ing) the basic rules of the road” — the legal road, that is.

That’s what attorneys for the National Republican Senatorial Committee (NRSC) told a federal judge Monday, objecting to Nelson’s request for a court order.

As counties re-tally the votes in the race between him and GOP Gov. Rick Scott, Nelson’s pending lawsuit seeks to get Chief U.S. District Judge Mark Walker to order ballots with mismatched signatures counted toward the total.

Rejecting ballots because of signatures is unconstitutional because it uses a “demonstrably standardless, inconsistent, and unreliable signature matching process,” Nelson’s complaint says.

It results in “the disproportionate rejection of (vote-by-mail) and provisional ballots cast by ethnic and racial minorities, as well as young, first-time voters,” it adds.

GrayRobinson attorneys Andy Bardos and George Levesque, representing the NRSC, counter that Democrats complained two years ago about mismatched signatures and got a fix — a 2016 court order by Walker, and a 2017 state law that requires voters to be told of a problem with their mail-in ballots and be given a chance to fix it; that is, to come in and prove they are who they say they are.

The “issue could easily have been raised in the prior suit — or at any point over the past two-plus years. But it was not,” Bardos told the court.

Nelson “waited until three days after the election to do so on an ‘emergency’ basis in a transparent effort to upset the outcome of the race for the United States Senate and other offices … These tactics are impermissible,” he said.

Bardos added that Nelson and the Democratic Executive Committee of Florida, the other plaintiff, “seek to force all 67 Florida counties to immediately halt or change the machine recounts … and to require them to consider ballots that were excluded based on a signature mismatch after an opportunity to cure.

“Yet they cannot demonstrate irreparable harm since they cannot identify a single voter who was unable to utilize the ability to cure.

“Moreover, they ignore the strong public interests counseling against an injunction, including the undeniable fact that an injunction at this point in time would throw the canvassing process into chaos by changing the rules long after Election Day.”

A hearing in the case is set before Walker at 1 p.m. Wednesday — the day before machine recount results are due to be reported to the state.

“Judge rejects Scott’s bid to impound voting machines. Instead, he offers a compromise” via Jay Weaver of the Miami Herald

“About 150 hurricane victims were allowed to vote by email. That’s against Florida law.” via Elizabeth Koh and Nicholas Nehamas of the Miami Herald

“Amid Florida recounts, frustration grows for those whose votes didn’t count” via Zachary Sampson of the Tampa Bay Times

“Linda Stewart: Calm down and let the elections officers do their work” via Scott Powers of Orlando Rising

“Florida voters are saying yes when school districts ask for more money. Is that a good thing?” via Jeffrey Solochek of the Tampa Bay Times

“The real story should be that little Bay County was able to get a greater voter turnout than in the last gubernatorial race, even given the fact we had a Category 4-plus hurricane hit.” — Bay County Supervisor of Elections Mark Andersen, after admitting accepting vote-by-mail ballots by fax machine and email, despite an executive order explicitly prohibiting the practice. 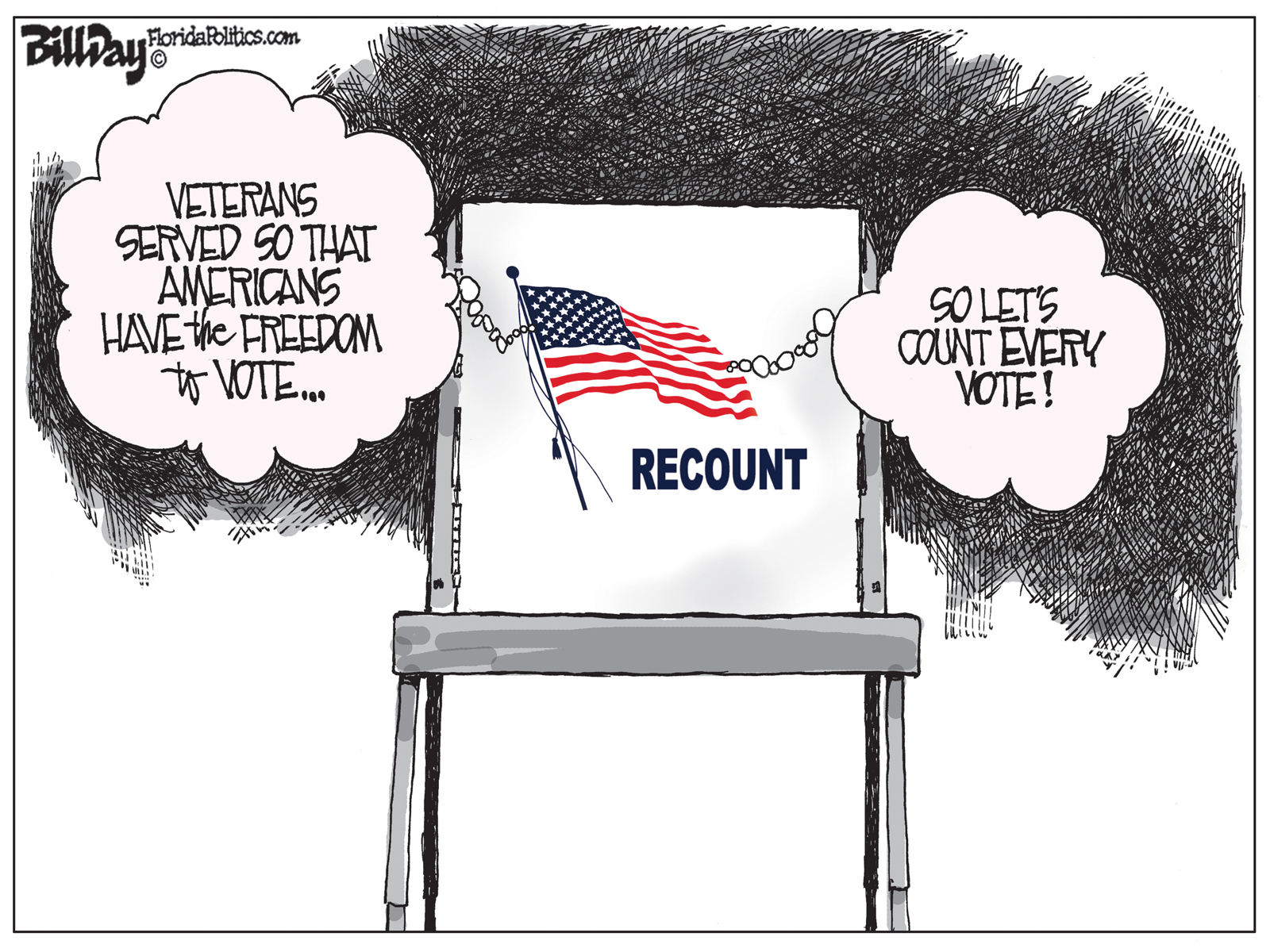 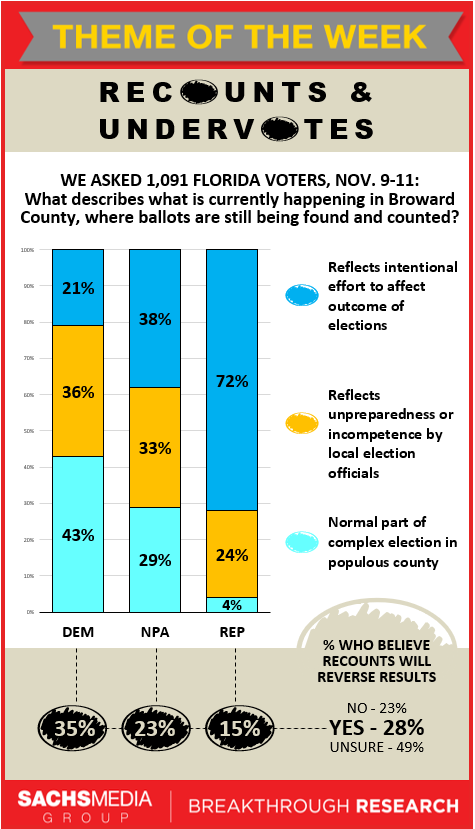 The Marjory Stoneman Douglas High School Public Safety Commission will start a four-day meeting in Broward County. Among the topics will be a presentation about 911 calls on the day of the shooting. That’s at 8:30 a.m., BB&T Center, Chairman’s Club, 1 Panther Parkway, Sunrise.

previousLinda Stewart: Calm down and let the elections officers do their work