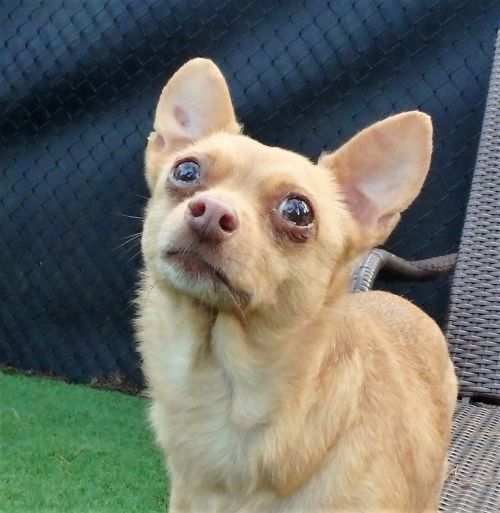 A group of neighbors in Palm Harbor are furious about a property owner using their home as a dog rescue. The neighbors say the home is often filled with up to 60 dogs whose barking causes disturbances day and night.

One homeowner claimed she had to spend $30,000 on soundproof doors and windows to drown out the incessant racket.

Residents argue Canine Estates is running a commercial businesses out of the home. They walked their complaints to Pinellas County Commission Tuesday calling for the county to shut down the shelter, wagging a finger that the county has been slow to respond to complaints.

The home in question is located on Pine Hill Road north of Alderman Road. Homes in the residential neighborhood sit on large lots totaling about two acres each.

The dog rescue, Canine Estates, is in violation of county zoning codes that only allow residential use of homes. No one, except for the dozens of dogs, lives at the non-profit shelter.

“I’m not talking about piano lessons or Tupperware parties,” said Richard Angelillis, a homeowner in the neighborhood.

Blake Lyon, the county’s director of code enforcement, agreed the non-profit as in violation of county code, but Canine Estates hasn’t been fined even though they’ve allegedly been non-compliant since purchasing the property in 2012.

“If I had 60 dogs barking in my neighborhood at the same time I’d be ready to kill someone,” said Pinellas County Commissioner Pat Gerard, pointing out her statement was figurative.

The entire commission was outraged that nothing has been done to protect residents in the neighborhood from what has become a nuisance operation.

Canine Estates is a noble cause and the non-profit has hundreds of volunteers who rescue and take care of small dogs that are either unwanted, have medical issues former owners couldn’t afford to address, or were “red alert” dogs at shelters on their way to being euthanized.

Commissioners don’t want the non-profit shut down, they just want the owners to comply with county codes and become better neighbors.

County code allows property owners to use up to 20 percent of their home for a business. But Canine Estates appears to be used exclusively for business operations and no one lives on the property.

A 2014 article in the Tampa Bay Times chronicles the non-profit and describes the inside of the home as having been refurbished to include dog kennels.

In that article, the three sisters who started the shelter — Jayne Sidwell, Sybil Freeman and B­arbara Erskine — said they spend most of the day at the home with the animals, but leave at night.

But zoning and code compliance officials can’t prove that the inside of the home is not actually a home anymore.

Instead, they are relying on the 20 percent rule for residential business use and gave owners until the end of the month to bring the property back into compliance.

“The decision to continue to operate despite all personal offenses and county violations establishes a precedent across the county,” Angelillis said. “Since April of 2012, we faced an illegitimate interloper who — if their heart is really in the right place —  should relocate the business.”

After the first of the year, Canine Estates owners can take file for a conditional use permit with the county’s board of adjustment and appeals.

If that use is granted, residents can file an appeal to bring the issue back up with Pinellas County Commission, whose board members seem overwhelmingly on the side of homeowners in the neighborhood.

“I’m still appalled, but not murderous,” Gerard said. “I just want you to know we’re listening.”