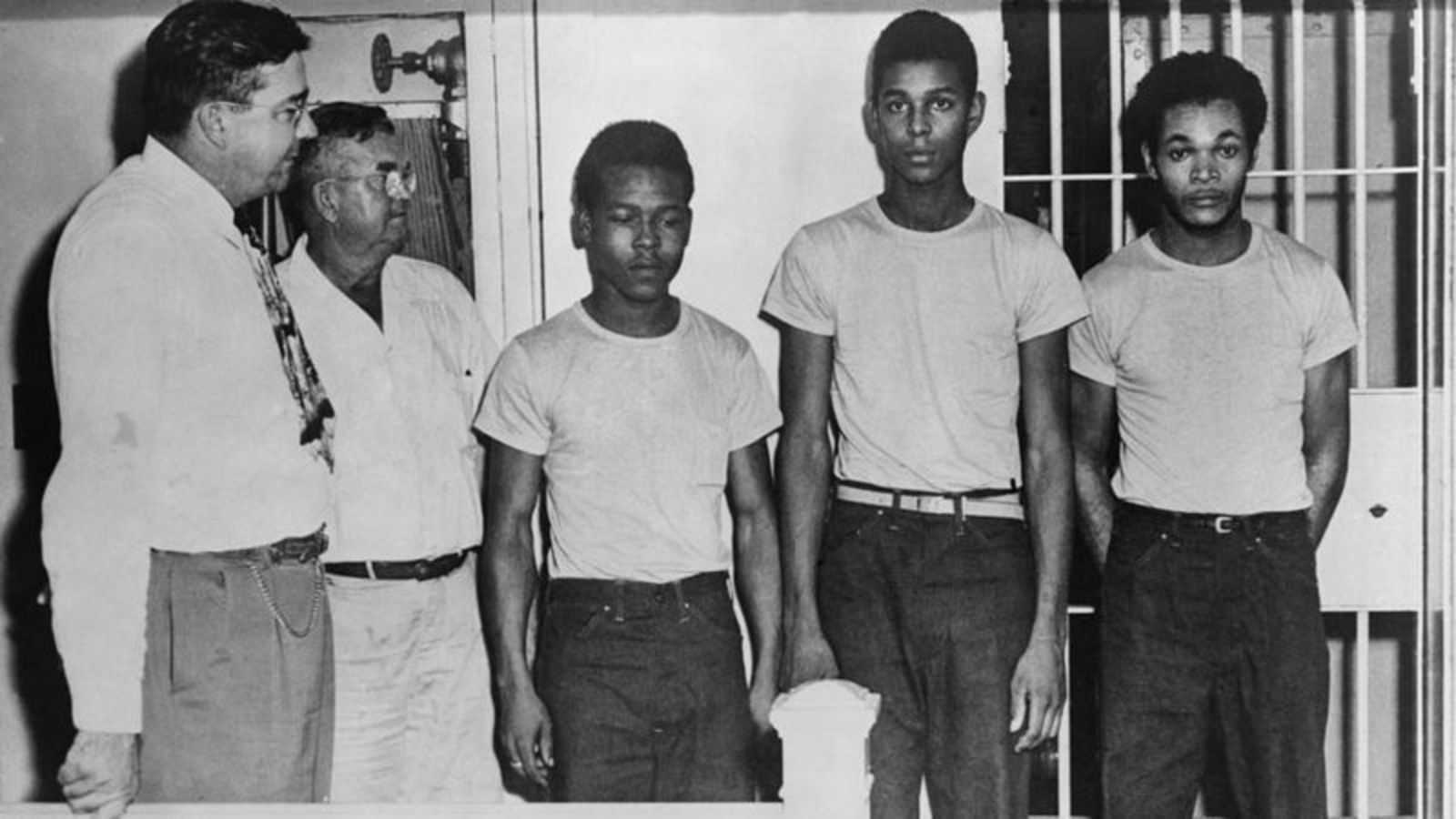 Nineteen months after the Florida Legislature apologized on behalf of the state for injustice toward four black men falsely accused of rape in 1949 and urged Gov. Rick Scott and Florida’s cabinet to expedite pardons for them, there appear to be no such pardons in the works for the Groveland Four.

But there still might be a chance before Scott and other Cabinet members leave office in a month.

Monday morning Florida officials postponed Wednesday’s scheduled final meeting of this administration’s last Florida Executive Clemency Board, made up of Scott and the other members of the Florida Cabinet.

The meeting was called off because of the death of former President George H.W. Bush and a memorial service in Washington, D.C. The service will be held Wednesday morning at the National Cathedral. President Donald Trump has designated Wednesday as a National Day of Mourning in honor of Bush, 94, who died Friday.

Before the postponement, as with the other six Executive Clemency Board meetings that have been held since the Legislature’s action, pardons were not on the agenda for the two men falsely convicted of rape and imprisoned, Walter Irvin and Charles Greenlee.

The other two, Samuel Shepherd and Ernest Thomas, were killed in custody awaiting trial in one of the darkest recorded chapters of 20th-century racism in Florida.

Scott and the other members of the Cabinet and Executive Clemency Board, Chief Financial Officer Jimmy Patronis, Attorney General Pam Bondi, and Agriculture Commissioner Adam Putnam have said almost nothing about the pardon requests. When asked about them, Scott has repeatedly released essentially the same brief statement, most recently last week, only saying that “all options” were being reviewed.

There was no indication of whether the agenda might be revised, and possibly take up the Groveland Four.

Families of the four men, and their advocates in and out of the Florida Legislature, have been losing hope since the euphoria they expressed when the Legislature unanimously approved the bipartisan-pushed and -celebrated resolution CS/HCR 631 in April 2017. Several family members told Florida Politics they were getting frustrated and angry.

The story was brought to broad public light in Gary Corsair‘s 2012 book “Legal Lynching: The Sad Saga of the Groveland Four” and then internationally exposed in Gilbert King‘s Pulitzer Prize-winning, 2013 best-seller “Devil in the Grove,” which is in the works to be produced as a major motion picture.

Both authors have continued to work closely with family members and others as they waited to see if Scott and the Cabinet would follow through on the Legislature’s effort to address the episode, including Walter Irvin’s now elderly sister.

“Henrietta Irving has gnarled hands that no longer work, a walker to get her from the bed to the bathroom, where her she cannot bathe herself, cases of Ensure to fill a stomach that’s no longer interested in food, a rundown Section 8 house she can no longer clean … and the knowledge that her brother Walter was innocent,” Corsair stated in an email to Florida Politics.

“She only wants and needs one thing … the thing the State of Florida continues to withhold,” he added. “The state of Florida hasn’t gone the distance.”

But there remains a chance, especially with the mysterious postponement of the meeting, and even without it.

Chris Hand, working on behalf of a coalition of Groveland Four family members and advocates, stated that the Florida clemency rules say that the Governor has “the unfettered discretion to gran at any time, for any reason,” full pardons with the support of two other Cabinet members.

“@GovScott, please don’t let a missing agenda item stop you from ending 70 years of injustice for the #Groveland4,” Hand tweeted.

The Florida Legislature’s resolution declared the Groveland Four were “the victims of gross injustices and that their abhorrent treatment by the criminal justice system is a shameful chapter in this state’s history,” apologized on behalf of the state of Florida, and urged the governor and cabinet to expedite pardons.

Should that not happen, it would be left to the next Florida Cabinet, Gov.-elect Ron DeSantis, Agriculture Commissioner-elect Nikki Fried, Attorney General-elect Ashley Moody, and the only returning member of the current Cabinet, Chief Financial Officer Jimmy Patronis.

Of them, only Fried, the only Democrat among current and next Cabinet members, is on record supporting full and swift pardons in the case. She would need DeSantis and one of the other Cabinet members to join her.

State Rep. Geraldine Thompson, an Orlando Democrat, had first brought the matter to the Florida Legislature the year before, when she was in the Florida Senate, with a similar resolution.

“I think it would be an indication that the officials in Florida recognize that to clear the name and history of these men, that exonerations would be appropriate,” Thompson said.

Once again last week, Scott’s office responded by releasing an identically worded statement issued a couple of times previously when asked about the Groveland Four in 2017 and earlier in 2018:

“Governor Scott is aware of the Groveland Four case and is strongly against any form of racial injustice or discrimination. Currently, the families of Walter Irvin and Charles Greenlee have applications pending with the Commission on Offender Review which, on behalf of the state of Florida, conducts clemency investigations per standard procedure and the Florida Constitution. After the Commission concludes clemency investigation, their findings will be presented to the four-member Board of Executive Clemency. We continue to review all of our options.”

nextLast Call for 12.3.18 — A prime-time read of what's going down in Florida politics