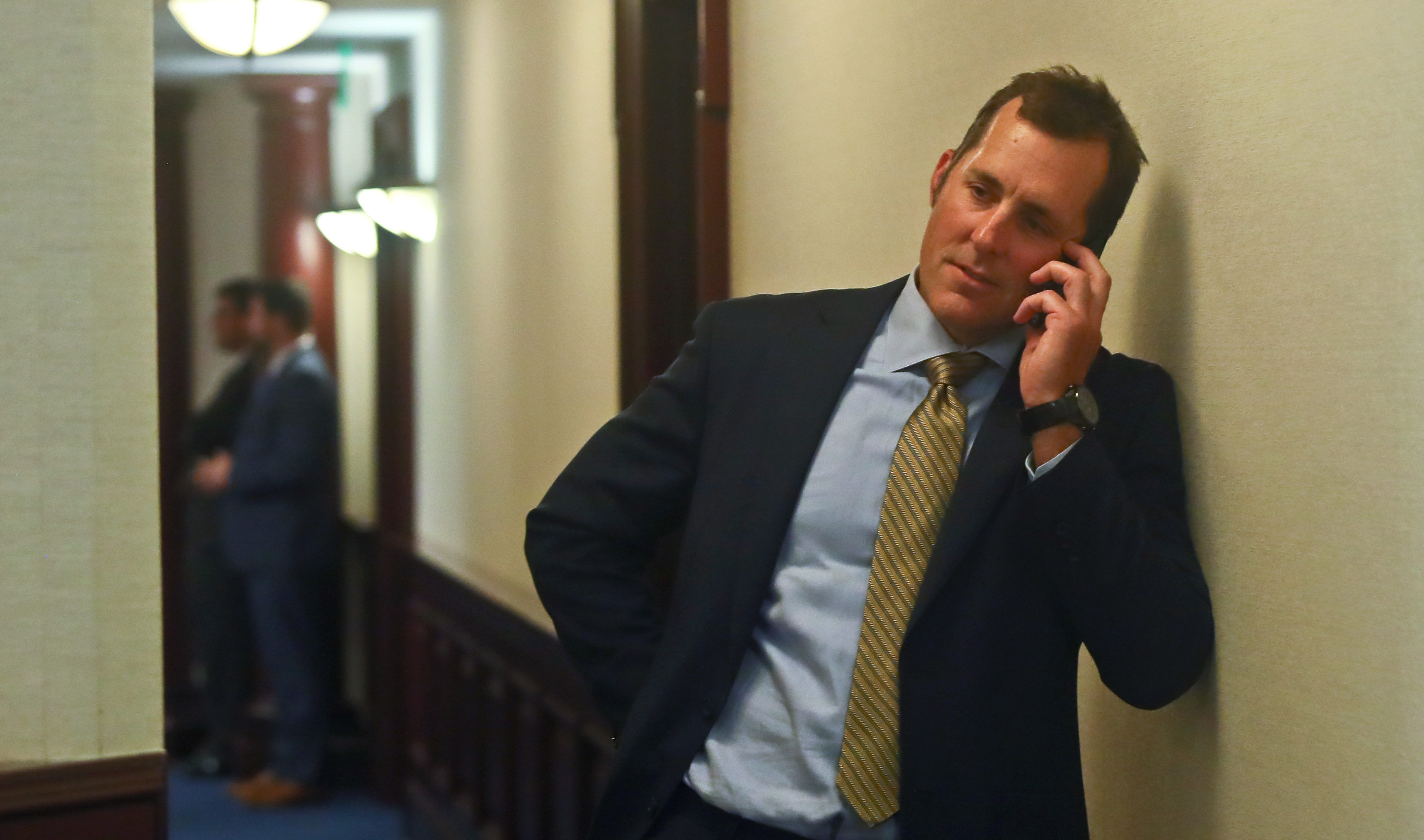 Rep. Halsey Beshears will serve as the next Secretary of the Florida Department of Business and Professional Regulation (DBPR).

Gov.-elect Ron DeSantis announced the hire Tuesday. Florida Politics first reported earlier this month that Beshears was under consideration for the post.

“Florida’s trillion-dollar economy is founded on thriving businesses—from the small mom and pop shops to the largest corporations headquartered in the Sunshine State,” DeSantis said in a statement.

“It is vital to our state’s continued success that we streamline the way we approach business regulation and eliminate the bureaucratic barriers that stifle growth.

“…Throughout his distinguished career, Halsey has been a champion for deregulation and, under his leadership, this agency will become the focal driver that will make Florida a premier destination for entrepreneurs and companies seeking to relocate.

“Halsey, a nationally recognized regulatory innovator, is the perfect choice to lead DBPR. I am more than confident that his leadership and expertise will bring jobs, economic growth, and continued success to our state,” DeSantis Concluded

The state agency gig is close to home for the Republican from Monticello, just 25 miles from Tallahassee.

In the House, Beshears has chaired the Business and Professional Regulation Subcommittee and last month was named by House Speaker Jose Oliva to run the Ways and Means Committee.

“Halsey Beshears is a highly capable leader who has worked tirelessly to unlock more opportunities for Floridians by cutting unnecessary regulations that impede entrepreneurs and small-businesses,” Oliva said. “He is an excellent choice to lead DBPR and I know will he use that passion and expertise well at Florida’s key regulatory agency.”

Beshears, who led incoming First Lady Casey DeSantis on a tour of Gulf County after Hurricane Michael in October, is the latest DeSantis appointment with state House ties.

Corcoran is also co-chair of the transition team that is helping DeSantis prepare to take office Jan. 8.

Beshears ran unopposed this year. When he first ran for the House he was chief financial officer of the business, a position he held from 1998 through 2013. He previously served as President of the Florida Nursery, Growers and Landscape Association.

A special election is expected to replace Beshears.

Republicans Jason Shoaf of Port St. Joe and Mike Watkins of Crawfordville had already opened accounts to run for House District 7 in 2020. Watkins has raised $123,707 for his bid to take over the seat, which covers all of Calhoun, Franklin, Gulf, Jefferson, Lafayette, Liberty, Madison, Taylor and Wakulla counties as well as part of Leon County.

Beshears also has been involved in “commercial property management, bicycle equipment and sales, and a wholesale agriculture company,” a press release said.
___
The News Service of Florida contributed to this post.
Post Views: 1,181

nextDelegation for 12.11.18 — Insights from the Beltway to the Sunshine State