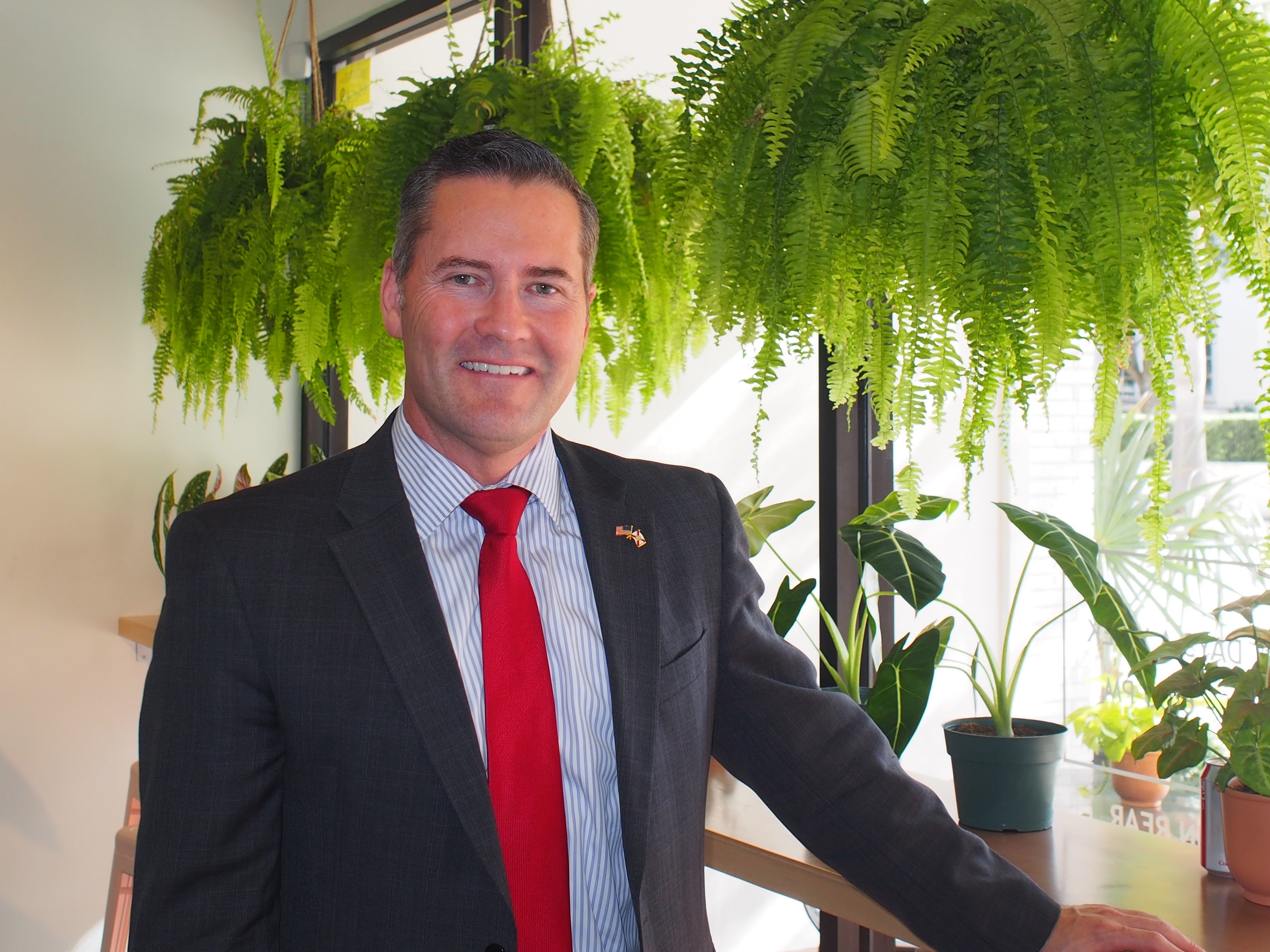 When Republican Michael Waltz takes his seat in Congress next month he’ll be bringing his concerns about health care costs from his business background, veterans and national security from his military background, and space from both.

The lieutenant colonel in the Army National Guard with multiple deployments as an Army Green Beret officer and years as a national security specialist also served as chairman of a private equity-backed defense firm, Metis Solutions Corp., before running for Congress and winning in Florida’s 6th Congressional District, succeeding Ron DeSantis.

Waltz’s district, which stretches down the coast from St. Augustine Beach to New Smyrna Beach and then inland through Volusia County to northeast Lake County, has enough of the Space Coast and its economic and research reach to excite Waltz’s ambitions for America in space.

“I really want to promote space as a thought leader, particularly in commercial space flight and the cyber space industry. Commercial space flight is ready to explode, truly grow, and I think the triangle from Daytona to Cape Canaveral to Orlando should really benefit from that,” Waltz said Tuesday during a stop in Orlando. “That’s not just an economic issue; that’s a national security issue. The Chinese and Russians have explicitly stated in their national security strategy that they will eclipse the United States in the 21st century.

“I don’t know that many Americans and Floridians truly appreciate how dependent we are, in our modern economy, on space,” Waltz continued. “Over the horizon navigation; real-time supply chain that gets things from all over the world, from our Wal-Marts to our McDonalds, to our banking, stock trading; our GPS and how our agriculture is now dependent on GPS; it’s all dependent on space technology. I want that on American technology, not Chinese and Russian.”

As a freshman member, and as a Republican in what will be a Democratic-controlled Congress, Waltz is pretty far down the totem pole when it comes to requesting and receiving prime committee assignments. His will come after everyone else gets theirs. Still, the Science Space and Technology Committee is on his wish list. That committee currently has three Florida Republicans, U.S. Reps. Bill Posey, Dan Webster, and Neil Dunn, though perhaps only Posey is a lock to remain.

Waltz is one of five new members of U.S. House of Representatives from Florida, joining fellow Republicans Ross Spanoand Greg Steube who held Republican districts in the November election; and Democrats Debbie Mucarsel-Powell and Donna Shalala who flipped formerly Republican districts to help build the Democrats’ new control of the House.

As such Waltz and his fellow Republican freshmen now must look at making impacts from the minority party. For Waltz, that includes hopes for seeking bipartisan deals on such things as health care reform – Waltz prefers the focus on health care costs – and infrastructure.

Yet if Waltz brings a specific expertise into Congress it comes from his 22 years in the Army and time in the Pentagon and the White House as a national security advisor, creating a skill set and knowledge base he brought into Metis Solutions. That background helped him attract the backing of the bi-partisan political committee With Honor, which put $1.8 million into his race, helping him defeat Democrat Nancy Soderberg. With that background, he hopes to reach the forefront in advocating legislation for veterans and exploring national security policy.

In his 2014 book Warrior-Diplomat Waltz expressed concerns about policy disconnects in the wars in Iraq and Afghanistan, based on what he saw in combat as a Green Beret and what he learned in policy discussions when he was a national security advisor in the White House of President George W. Bush, and what he’s seen since heading up a private defense contractor.

He proposes one idea up front: girls’ education, and women empowerment.

“When you look at countries around the world where women are in power, and lead, in civil society and business and politics, they don’t have an extremist problem,” Waltz observed.

For national security discussions, he expects to work with Democratic U.S. Rep. Stephanie Murphy of Winter Park, who represents the neighboring Florida’s 7th Congressional District. They worked together in the past, when she was a national security analyst in Bush’s Department of Defense.

“We’ve already had a few conversations,” Waltz said. “Of course, they [Democrats] have to figure themselves out in the majority, and we [Republicans] have to figure ourselves out. But certainly, by background, and by temperament she is somebody that I plan to work with. I’ve already [also] talked with [Republican U.S. Rep.] John Rutherford of Jacksonville, and [Republican U.S. Rep.] Ted Yoho. I think there’s a lot we can do regionally, for north Florida.”