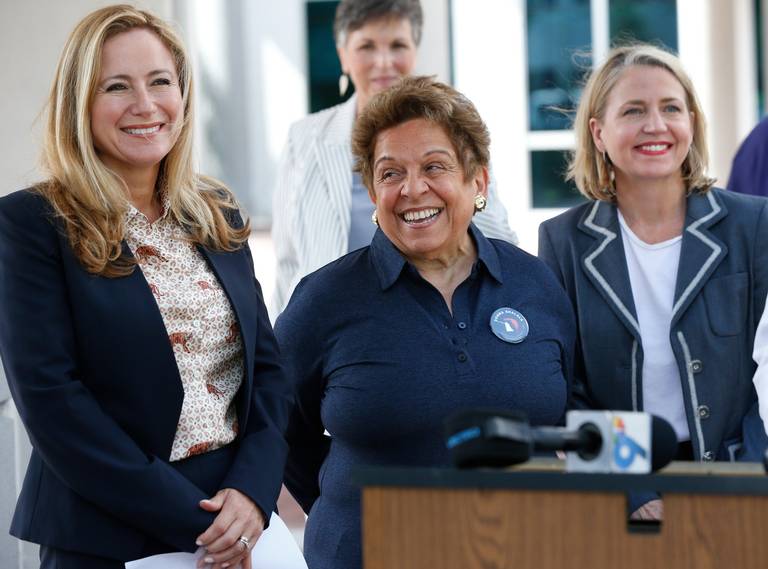 She may be a first-year congresswoman, but Donna Shalala is an old hand at the inner workings of Washington D.C. (image via The Associated Press)

As 2020 presidential announcements continue to trickle in, EMILY’s List is making sure congressional races aren’t left behind. The group announced its support for a pair of female freshmen from South Florida in their upcoming 2020 re-election bids.

The pair of South Florida congresswomen were one of 25 female freshman earning early endorsements from EMILY’s List. The group aims to promote the election of pro-choice women to Congress.

“They got to work on day one, supporting legislation that would end the Trump shutdown and re-open the federal government. They have become prominent voices in discussions around expanding affordable health care access, defending voting rights, protecting the environment and other policies that would move our country forward.”

Shalala and Mucarsel-Powell were among 42 women to be elected to Congress for the first time in 2018.

“EMILY’s List is fully committed to helping re-elect these impressive new members, whose victories in tight swing districts in 2018 helped us flip the House and elect a record number of women to Congress,” Schriock added.