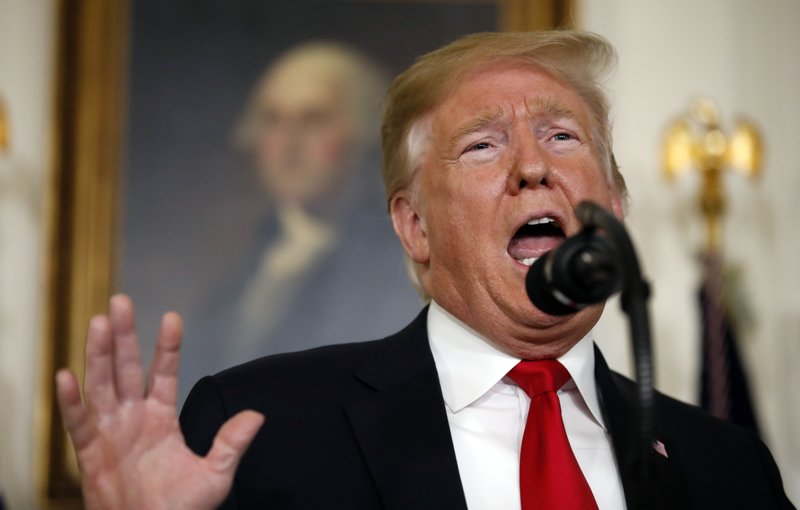 After President Donald Trump offered his compromise to potentially end the government shutdown, the reactions of Florida politicians were varied.

Trump said he would settle for $5.7 billion for a border wall in exchange for extending protections for Deferred Action for Childhood Arrivals and supporting legislation for Temporary Protected Status holders.

Speaker of the House Nancy Pelosi, in charge of the newly Democratic-controlled chamber, called the deal a “non-starter.”

“Unfortunately, initial reports make clear that his proposal is a compilation of several previously rejected initiatives, each of which is unacceptable and in total, do not represent a good faith effort to restore certainty to people’s lives,” Pelosi said in a statement.

But how did Florida federal leaders react?

U.S. Sen. Marco Rubio said the deal was more than Trump’s critics have asked for.

“Media commentators & columnists love to bash @POTUS when he makes over the top claims & comments,” Rubio wrote on Twitter.

“But the offer he made today to end the #Shutdown goes beyond what many of them have been suggesting for weeks. Will they now bash Dem leadership for being unreasonable?”

“I applaud President Trump for proposing a compromise that re-opens government, protects our borders and takes care of those brought to this country illegally through no fault of their own,” he said.

“Children should never be punished for the actions of their parents, and I’ve always supported protections for our DREAMers. Now it’s time for Democrats to decide if they want to negotiate in good faith and accept a compromise that secures our borders and protects DREAMers or if they want to continue playing politics. I hope they choose the former so we can get to work fixing problems for the American people.”

But U.S. Rep. Stephanie Murphy, a Democrat, said no deal can be considered as long as the federal government endures a partial shutdown.

“We cannot have a thoughtful, rational discussion on border security while the government remains closed and families are hurting,” she tweeted. “Reopen the government, Mr. President. Then let’s bring all sides together to find bipartisan solutions that keep us safe & stay true to our values.”

U.S. Rep. Michael Waltz, a Republican, quickly said Democrats should come to the table and support a deal.

“The American people are ready for a deal. @POTUS is showing true leadership offering an important deal that will #SecureOurBorder and protect DACA-TPS families,” he tweeted.

U.S. Rep. Vern Buchanan, a Republican, praised the president for offering a compromise.

“Good to see the President offer a bipartisan olive branch to end the government shutdown,” he tweeted. “Nancy Pelosi and Chuck Schumer need to come back to the bargaining table.”

“What you’re seeing now is every major cable outlet debating POLITICS of @realDonaldTrump’s proposal,” he lamented on Twitter. “That’s because Democratic leadership rejected a proposed solution before they even knew what was in it. Stop the political GAMES. Lives are at stake!”

“On day 29 of the #TrumpShutdown, over 800,000 civil servants are on the precipice of going a month without pay,” he tweeted. “On top of this, @POTUS has ordered thousands back to work without pay, an egregious abuse of his executive powers.”

And U.S. Rep. Lois Frankel, a Democrat, retweeted Pelosi’s statement and said Trump’s “deal” had already been rejected before.

“By proposing previously rejected initiatives, @POTUS clearly isn’t taking any real action to end the #TrumpShutdown and negotiate in good faith with Democrats. He needs to immediately reopen the government and stop holding federal workers hostage,” she tweeted. “Democrats are for smart, effective border security solutions, like advanced tech to scan for drugs, more customs&border patrol personnel&infrastructure improvements at ports of entry. Reopen the gov now @realDonaldTrump so we can get to work on these critical policies.”

U.S. Rep. Mario Diaz-Balart, a Republican, said Trump had come to the table with reasonable points of discussion.

“@POTUS is offering a compromise to Democratic leadership which protects our national security and addresses #DREAMers and #TPS. These individuals are hardworking people who contribute to our society and our economy,” he wrote on Twitter.

“@POTUS’ offer for #DREAMers and #TPS demonstrates his willingness to solve these issues in a legislative manner this Congress. No proposal will satisfy everyone, but this is a good faith effort by the Administration. I urge Democratic leadership to seriously consider this so we can pay federal employees, fund programs Americans rely on, and address our national security, DREAMers, and TPS.”

“Throughout this impasse, President Trump has made it clear that he wants to negotiate a compromise resolution to this matter only to be met with political games and total resistance by Congressional Democrats,” Rutherford said.

“Today, he offered yet another serious proposal, seeking common ground on issues they have long supported in the past. Will Speaker Pelosi and Leader [Charles] Schumer finally operate in good faith to address the humanitarian and security crisis on our border and reopen our federal agencies, or will they continue to distract, oppose, and obstruct? I urge them to come to the table so we can seize this opportunity to make our nation safer and stronger.”

U.S. Rep. Debbie Mucarsel-Powell, a Democrat, meanwhile simply stressed the need for the Senate to move.

“I’ve voted 9 times to reopen the government – the Senate? ZERO,” she tweeted.

Subsequently, she tweeted in Spanish that she would continue to work in the House for TPS and humanitarian assistance.

“There is no country in the world where a leader has shut down government because of policy differences. If President Trump is serious about negotiating in good faith then he will open government first before offering concessions,” she wrote on Twitter.

“To propose temporary protections for DACA recipients while he receives permanent funding for his Great Wall of China is absurd. The wall didn’t work for the Chinese. Americans want comprehensive immigration reform, not a bandage or short-term solutions. House Democrats support smart border security and we have voted nine times to open government and allow 800,000 federal employees to return to work. Enough is enough. Negotiations can’t move forward until these hard-working men and women are back on the job with pay.”