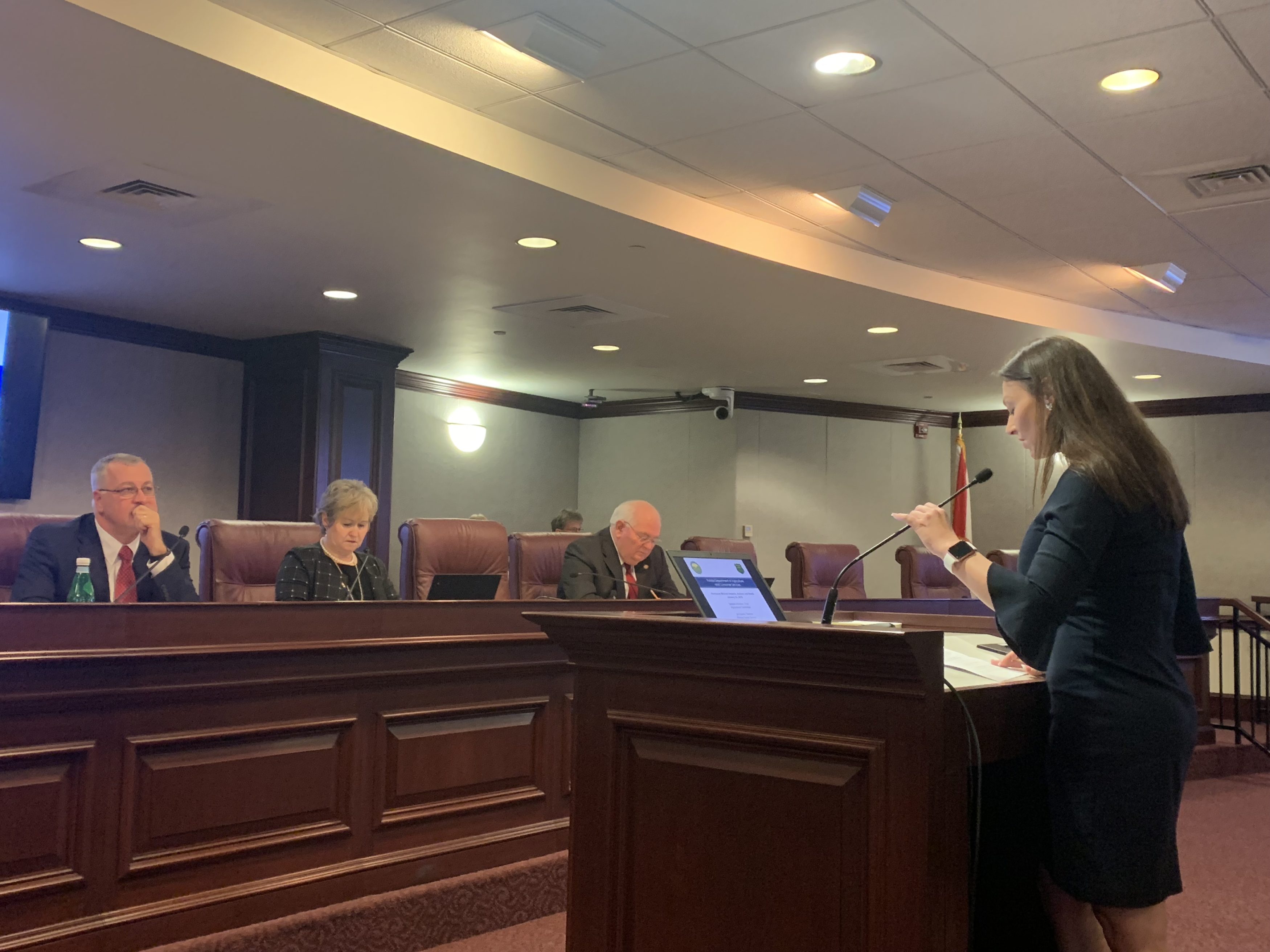 Fried, a Democrat, told the Senate Agriculture Committee on Tuesday that downed trees and other debris from Hurricane Michael make wildfire prevention a priority, as “we get into a dryer season.”

“If we don’t clear those fields and replant, the amount of devastation from forest fires is going to be something that we want to prevent,” Fried said, adding that “fast-tracking” cleanup is a priority.

The crop suffering the most financial damage from Hurricane Michael is the state’s forestry industry. It makes up most of Michael’s agriculture toll, taking up $1.3 billion of Michael’s $1.47 billion crop impact. The looming threat of wildfires as a result of fallen trees is a tangential impact.

Fried told the panel of lawmakers she’d soon release a “very robust legislative agenda which will include helping to provide our farmers and our timber industry with the disaster relief we so desperately need.”

According to the Department of Agriculture and Consumer Services, more than 200 communities face an increased risk of wildfire as a result of Hurricane Michael. Fuel loadings, according to the agency, are 10 times more than normal.

Jim Karels, Director of the Florida Forest Service, reiterated the risk of wildfires to the panel.

“If it gets dry, it’s a huge threat,” Karels said.

Karels said that already there have been a number of fires since the storm, but one last week occurred in a “blowdown … a heavy timber area.”

Karels presented to the panel some forthcoming changes in the Florida Department of Agriculture and Consumer Services’ annual budget request.

Among the line items: A near $5 million request for a helicopter to fight fires in Northwest Florida.

“Without those helicopters, we will be in dire straits when the conditions get dry and these fires start appearing,” Karels said.

As well, Karels and company are looking for $20 million to kickstart a debris removal and reforestation program, along with $547,000 for “wildfire mitigation” and a “prescribed fire and fire prevention program addressing hurricane issues.”

nextJanet Cruz wants Education Commissioner back on the ballot