Bill Carlson's kids star in campaign ads ... and they're thrilled 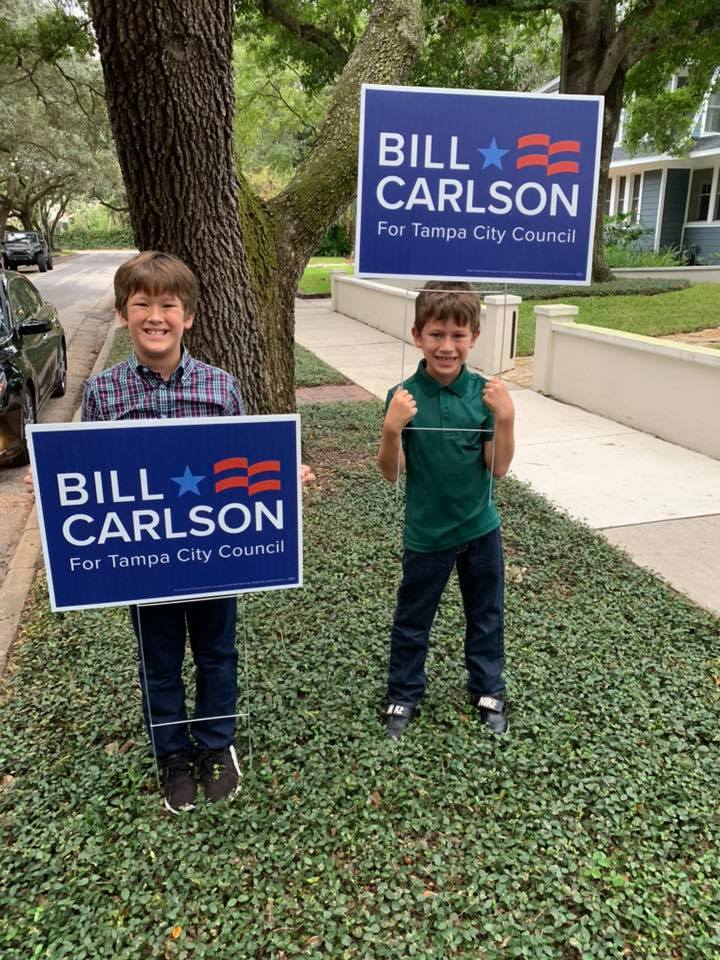 “My sons came home from school a couple of months ago and said, ‘hey dad, are you going to create TV ads?’ I said ‘I don’t know, why’ and they said they wanted to be in the ads,” Carlson said.

Jacob, Carlson’s 9-year old, is the brains behind the first ad, which came out about two weeks ago.

“He’s the best father I could ever have,” Jacob narrates. “He makes me a better person. He makes me do better in school. He helps others do better, too. You should vote for my dad because he would help the city and its people.”

“Whether it’s attending my track meets or spending nights watching Star Wars with us, he always puts family first. But he has a serious side,” Trey says in the 30-second video. “He’s relentless, motivated, and caring. You should vote for my dad because he will be a unique and effective leader.”

In both videos, Carlson’s youngest son John Luke wraps it up with an adorable plea.

“Don’t let this cute little guy down. Vote for my daddy,” he says.

The videos show the family in their South Tampa home doing things any young family might — watching movies, having an afternoon snack and doing homework.

It’s not uncommon for candidates’ kids to make a cameo in campaign ads. Printed materials are often mocked for the predictable images of a husband and wife walking along the beach happily with their kids in tow. But candidates also tend to shy away from putting their children front and center.

Carlson said it wasn’t something he initially considered, but once his kids brought it up he figured, why not?

“People in the community already know them,” Carlson said.

As a longtime community leader and founder of the weekly Cafe Con Tampa speaking series, Carlson’s kids often tag along. The same is true with their mother, Carlson’s ex-wife. She is active in the Junior League and brings the boys along for community events also.

“We want our kids to grow up to be committed to the community and to volunteer and when they see us doing that, hopefully, it will inspire them when they get older,” Carlson said.

He also admits the ads might be a bit of an image boost, too.

“People know me as a business leader and a community leader, but they don’t know me as a father so it just paints a broader picture of who I am,” Carlson said.

“One thing I always say is what a child speaks of a father says a lot about the man.” wrote Facebook user Gale Ray Clark.

Another commenter said the video was a testament to Carlson’s character. Still another one admitted John Luke was, indeed, pretty darn cute.

Carlson, a Democrat, is running against two Republicans for the South Tampa seat and he’s not pulling any punches. He has raised nearly $85,000 while Sal Guagliardo who works for his family’s dairy business has raised $31,000 and Lee Lowry, a professional fundraiser for Hillsborough Community College who entered the race late, has raised $12,000.

The three face off March 5 at the ballot box with a runoff, if necessary, scheduled for April 23.