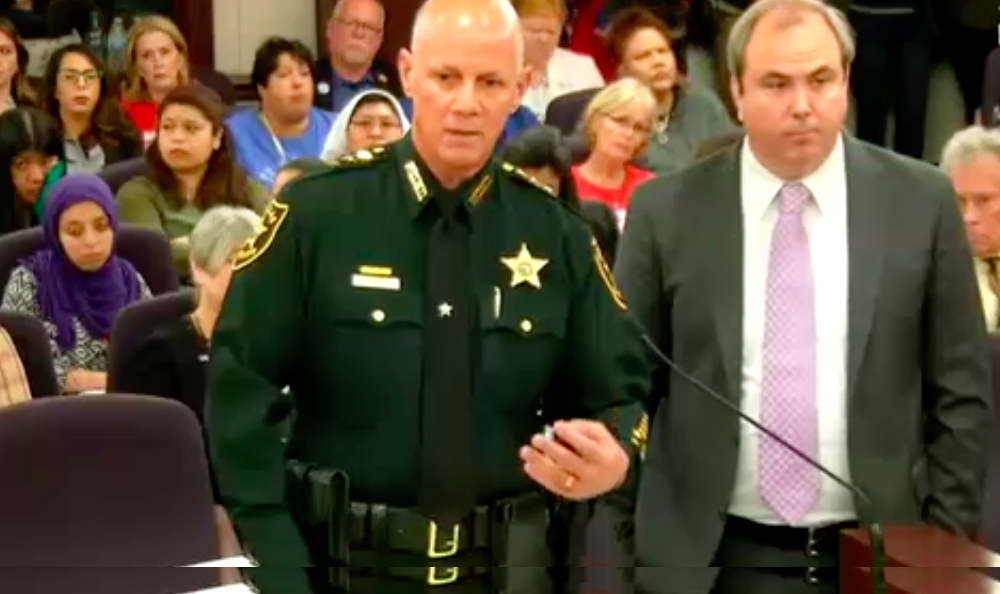 Sen. Joe Gruters showed up with a posse of Florida sheriffs to back up his proposed ban on “sanctuary cities.”

Pinellas County Sheriff Bob Gualtieri sat alongside the Sarasota Republican as the Senator presented his bill (SB 168) to the Judiciary Committee. The law enforcement support helped the legislation pass out of committee with a 4-2 vote.

“This is the right thing to do for Florida,” Gruters said. “It’s just common sense.”

But Democrats strongly disagreed, saying the bill will sow more division between authorities and immigrants.

“SB 168 would create more fear in our communities at the cost of taxpayers and is contrary to the diversity of the people in our state. We stand against this bill and its anti-immigrant sentiment that will serve to create more division and hatred in our state.”

The controversial legislation has drawn attention from immigrant advocates. At a hearing earlier this month and at a meeting Tuesday, immigrants and family members drove hundreds of miles to voice their displeasure.

Right now, only 29 of Florida’s 67 counties have agreements in place with the federal government for full compliance with detainers. Gruters’ bill would require all cooperate.

But whether immigration detainers, which get issued administratively by Immigration and Customs Enforcement, should bear weight divided lawmakers.

Sen. Jose Javier Rodriguez, a Miami Democrat, questioned if the requirement placed unfair burdens on local jails. He said because those detainers get issued by agents, not judges, the legitimacy of the warrants remains in legal question.

“These detainers don’t go before any independent authority, much less a judicial authority,” Rodriguez said.

Gualtieri, the most prominent of at least four sheriffs attending in support of the bill, said that’s an issue for Congress to address. Immigration detainers only originate from ICE.

“That’s the only scheme or provisional framework that the U.S. Congress has put in place,” he said. While comprehensive immigration reform could alter the process in the future, Gualtieri said local officials must respect the warrants as issued.

But a civil-rights attorney said the legality of administrative warrants remains shaky. Kara Gross, legislative counsel for the ACLU of Florida, called them “meaningless.”

“Detainers are not arrest warrants,” she said. “They are pieces of paper from federal employees to detain individuals.”

Gruters did agree to a number of changes before the committee hearing. Most notably, provisions were dropped that threatened local officials considering sanctuary city polices from being removed from office.

The bill would still prohibit sanctuary policies from going into place. But he also dropped parts of the bill critics said required indefinite detention of immigrants.

Gruters’ bill now says authorities, if a detainer warrant comes back on someone processed into a Florida jail or prison, must hold the individual for at least 48 hours.

Gualtieri said ICE will not leave an inmate in local care for more than that. If they do, federal policy says local police may then release the individual. So does the current version of Gruters’ bill.