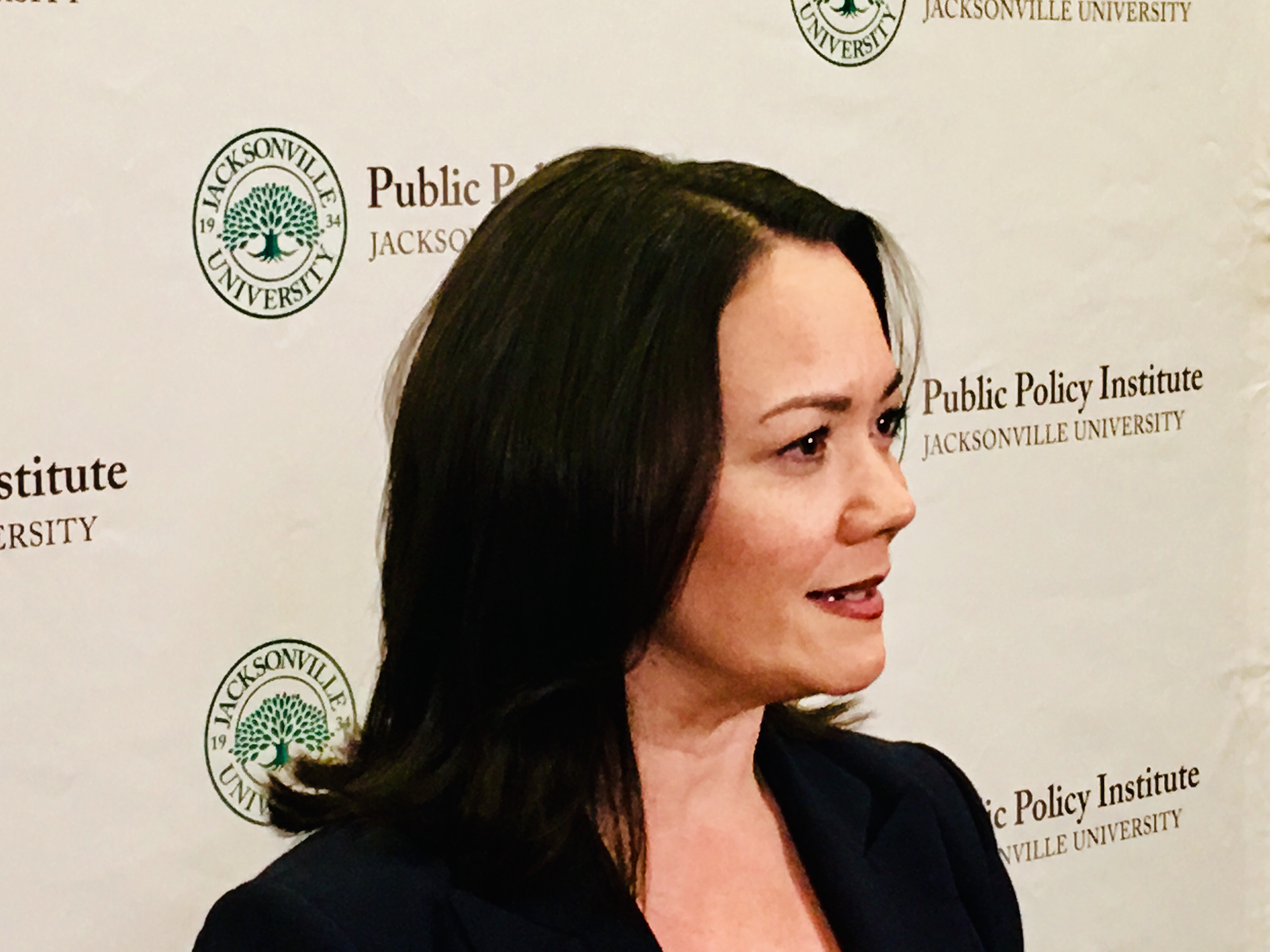 The sole debate involving all four candidates in the Jacksonville mayoral race did not end without the phrase “criminal investigation” being mentioned.

Mayor Lenny Curry used it Wednesday in noting that one of his opponents, City Councilwoman Anna Brosche, had just emerged from being investigated by the State Attorney.

At issue: alleged Sunshine Law violations, an investigation that ultimately stopped short of formal charges, yet delivered a certain amount of smoke in a report released by the office last month.

A 20-page report depicted a pattern of communications among certain members that seemed to go beyond normal Council business. The investigation stemmed from what ultimately was an uncontested race for Jacksonville City Council president.

Given the extended war between Brosche and Dennis on one side, and Curry and his allies on the other, “substantial telephonic contact” betwee Brosche/Dennis and Sanders/Dennis was ultimately of the most interest.

Dennis and Brosche have maintained that city business was not discussed in those calls.

“Anna has always maintained she has abided by Sunshine Laws and fully cooperated with the State Attorney’s Office,” a spokesperson said in February. “She appreciates State Attorney Nelson doing her due diligence on this investigation.”

Brosche denied having regular “contact” with Council members for “matters unrelated to Council business” when the State Attorney’s Office asked her about the calls in August 2018.

Further investigatory attempts in January 2019 were shut down, with Brosche hiring attorney Hank Coxe to defend her interests. Subsequently, the SAO could not “question her further about the frequency and duration” of calls between her and Dennis or Sanders and Dennis.

Curry’s attempt to resuscitate this issue during the debate ultimately fell flat.

“The facts are there was a criminal investigation … for over a year,” Curry charged. “The Councilwoman hired a criminal defense attorney … so she wouldn’t have to talk.”

Brosche responded that the investigation was “politically motivated,” because Curry “didn’t want her to run for office.”

Whatever the case, this week saw the Jacksonville Ethics Commission petition Attorney General Ashley Moody for an opinion.

“The General Counsel’s opinion has the logical conclusion that no local government in the
State of Florida may concurrently enforce the Sunshine Law. This question arose after the
Commission reviewed a report from State Attorney Melissa Nelson (enclosed) detailing the
difficulty criminal prosecutors face enforcing the Sunshine Law,” the letter reads.

Penalties proposed for violation match the state: a “criminal reprimand” and a $500 fine.

With under two weeks until the votes are counted, the Curry team may not have the runway to message on this more unless this goes to a runoff.

However, they have the resources to drop an ad, and might use Sunshine as a closing argument, in an ironic twist against a candidate running to bring “transparency” to City Hall.

Word is that some supporters are frustrated that the issue didn’t blow up into a bigger news story.

There are a number of potential factors, none dispositive in themselves perhaps.

For one, Brosche hasn’t polled particularly strongly: her best number is 25 percent in a Gravis poll, and her worst numbers have been in the teens.

While Brosche has been active on the forum circuit and available to television media, they haven’t delved deeply into the report, not in a way that lends itself to extending the news cycle.

Some reporters are new to the market also.

As well, there may be a simple case of scandal burnout.

Jacksonville politicians are so legendarily corrupt that political reporters are on a first name basis with bailiffs and security guards at the federal courthouse, a function of the never ending sequence of fraud trials involving the elected and their vassals.

Compared to Reggie Fullwood‘s pocketing of campaign donations, Corrine Brown‘s One Door for Education slush fund and the indictment of two Council members for economic incentive fraud, telephone tag between a Council President and the Finance Chair may not have the same resonance.

Brosche’s polling doldrums parallel what seems to be a larger lack of voter enthusiasm about the election as well.

Brosche hopes to turn that around with a new ad. We don’t know how much the buy is for yet.

The positive spot serves as an introduction to the candidate, with 11 days left in the campaign.

The negativity and contrast work of the political committee’s spots is in the background here, with the candidate portraying the kind of Morning in America (or Jacksonville) optimism that people once called Reaganesque.

The question, of course: how does Curry answer?

Does he remind voters of the Sunshine issue?

Or does he run out the clock?