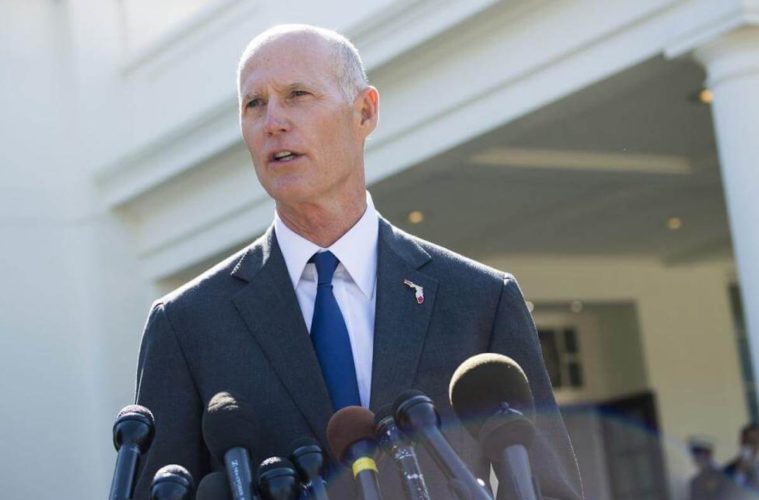 The Senator publicly called for protections weeks ago.

The freshman senator publicly called for President Donald Trump to immediately grant Temporary Protected Status to those fleeing the nation. And on Thursday, he pressed Elliott Abrams, the U.S. envoy to Venezuela, on the issue in a Senate hearing.

But on Friday, the Florida Democratic Party slammed Scott for “refusing to support TPS for Venezuelans.”

“Scott said that he would support TPS for Venezuelans, but when real actions are happening to make this a reality, he stays away and ignores the requests from the community,” said Terrie Rizzo.

The catalyst for issuing that statement appears to be Scott’s absence from a letter to Trump on the matter. The letter, led by Senate Democratic Whip Dick Durbin, includes signatures from 24 senators.

Florida’s senior senator has been deeply involved in all matters Venezuelan as pressure grows to oust Nicolas Maduro as president. Scott stood by Rubio’s side for some of that, including during a meeting with Trump at the White House a day before the president announced the U.S. would no longer recognize Maduro.

So getting onto the Durbin letter wasn’t a priority.

“We don’t sign on to every letter that comes around,” said Chris Hartline, Scott’s communications director.

“In this case, we didn’t need to announce our support for TPS for Venezuelans by signing the letter, because we’d already been very public and aggressive about our support.”

Scott’s absence from the letter, though, led Democrats to label action up until now as empty gestures.

“Once again, Rick Scott is saying one thing in public for political gain, while refusing to take actual action,” Rizzo said.

“Now is the time when legislators need to put pressure on this administration to make sure that members of our communities are protected after fleeing authoritarian regimes.”

Scott’s team found that laughable. If anyone needs to know Scott’s position on TPS for Venezuelans, just Google it.

“The United States cannot stand by while Maduro terrorizes his people. While I believe we need a long-term solution for the Temporary Protected Status program, I believe we should immediately extend TPS for Venezuelans who came to the United States to escape Maduro’s regime. Too much is at stake for this to get caught up in bureaucracy.”

In other words, he took exactly the same position as the Durbin letter, but did so a day before the letter’s release.

Notably, the dispute comes as both parties scrap for the allegiance of Florida’s Venezuelan voters.

Scott has performed particularly well among Hispanic voters. His campaign pollsters found he won 48 percent of the Hispanic vote on his way to an historically narrow election win.

And Democrats nationally have started to fret losing the Venezuelan demographic similar to the Cuban vote in Florida.