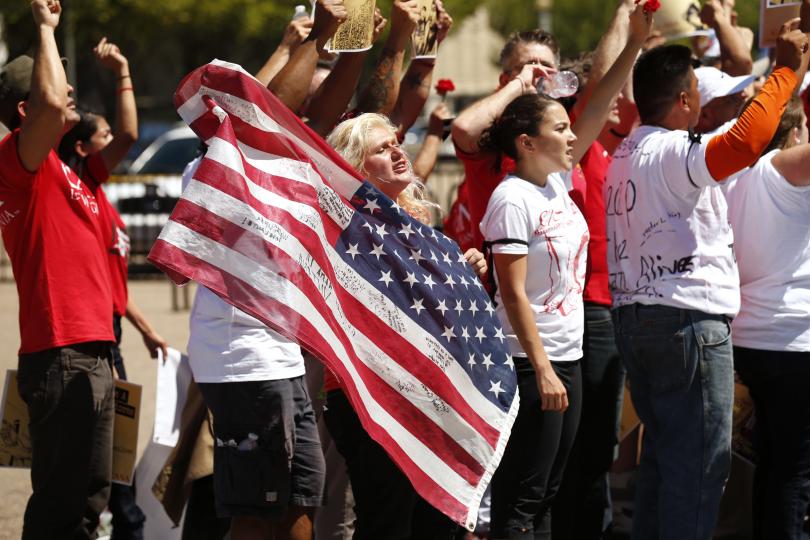 The poll found some contradictions in Florida voters' attitudes.

Floridians are willing to support paths to citizenship for undocumented immigrants, want stricter gun control, are worried about climate change, and also are fine with providing tax dollars for scholarships for lower-income students to attend private schools, according to a new poll released by Quinnipiac University.

Quinnipac’s latest Florida poll finds Floridians broadly lining up on the sides of issues most favored by Democrats, yet also supporting some key pillars in Gov. Ron DeSantis’ policy platform.

The immigration polling found some contradictions in Florida voters’ attitudes, with voters showing both compassion and distrust of immigrants in Florida who do not have valid immigration standings.

The poll found 57 percent of Floridians support paths to citizenship for undocumented immigrants, with just 35 percent opposing. That question has a clear partisan split, with Democrats supporting 80-12, Republicans opposing 30-64, and independent voters supporting 58-31.

Yet voters also support DeSantis’ desire to crack down on illegal immigrants and end so-called sanctuaries in which local law enforcement shows reluctance to hold them for federal officials. The poll found 61 percent of Floridians support the governor’s proposal to require require local law enforcement to work with federal immigration authorities to detain them for deportation, and just 27 percent oppose. That question, too, has an overwelming partisan split, with 90 percent of Republicans saying yes, just 37 percent of Democrats, but 58 percent of independents siding with the Republican majority.

In a related question, just 35 percent of Floridians believe Florida would be safer if more people carried guns, and 55 percent believe it would be less safe. In a broader question, very few Floridians believe the state is doing enough to address gun violence. Just 22 percent said yes, and no party affiliation or demographic group gave a majority yes to that question.

Climate change is going to have a “significant negative effect on Florida” in their lifetime, 45 percent of voters say, as 48 percent say it will not.

DeSantis’ plans to expand taxpayer-fueled scholarship programs to assist lower-income children to attend private schools not only has support in Florida, it actually has more support among Democrats than among Republicans.

But the margins are narrow. Overall, 50 percent of Floridians support using public funds for such scholarships and 45 percent oppose. Democrats (52) and independent voters (50) sign on to that idea, while Republicans are more opposed, with 45 percent saying yes and 47 percent, no.

Among other issues surveyed by Quinnipiac:

– 57 percent of Floridians oppose allowing trained teachers or other school staff members to carry guns, while 40 percent approve of the idea. The idea again has a partisan divide, with a large majority of Republicans supporting the idea.