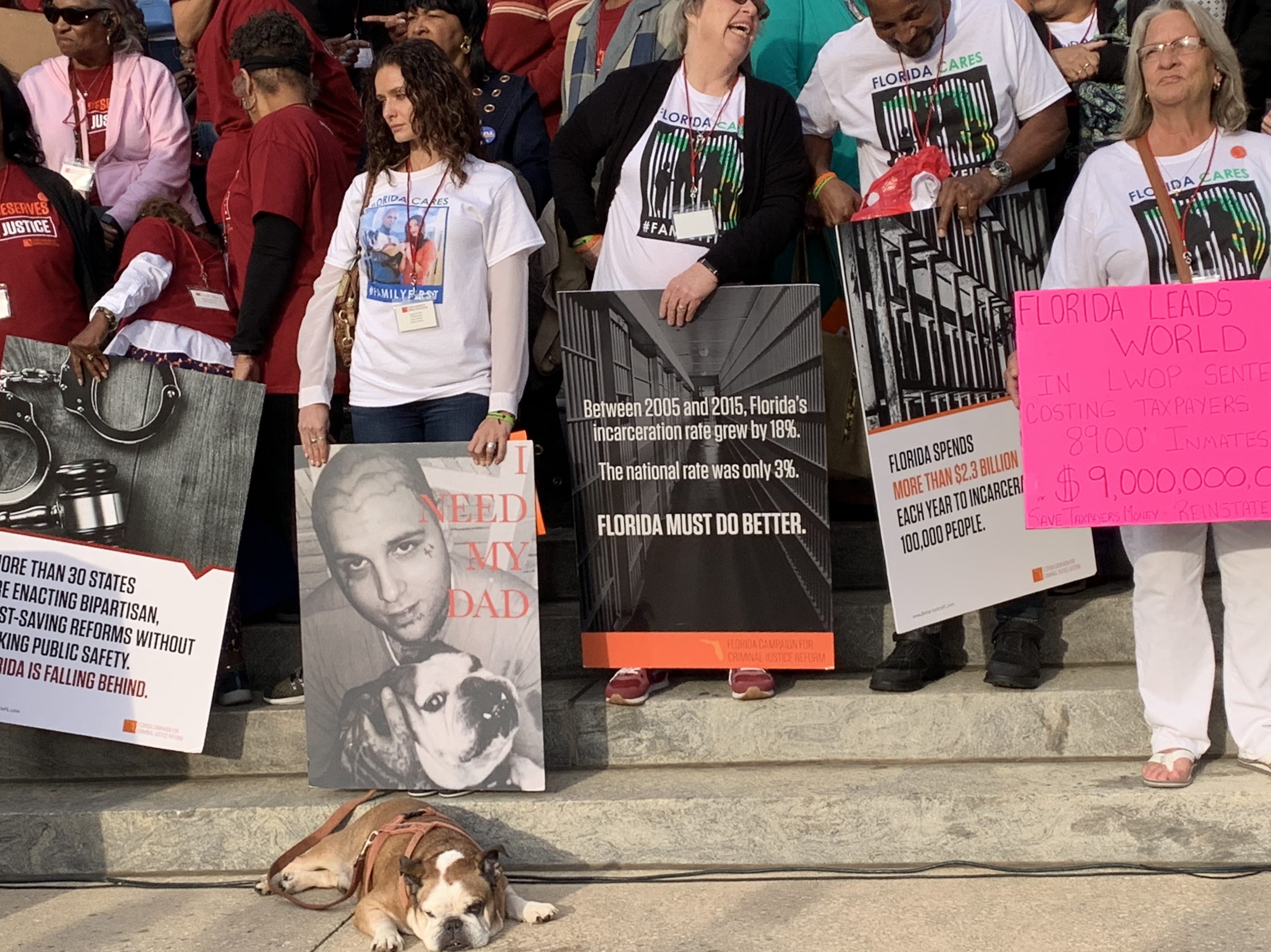 Members of the group will meet with lawmakers throughout Wednesday.

The Florida Campaign for Criminal Justice Reform (FCCJR) converged on Tallahassee Wednesday to encourage lawmakers to consider ideas expected to reduce prison populations and decrease rates of recidivism during the 2019 Legislative Session.

Agarwal said that Florida needs to implement policies that would help convicts return to society and not go back to prison.

FCCJR is backing legislation (SB 734) by state Sen. Darryl Rouson that would prevent the state from suspending driver’s licenses for nondriving offenses. The group views the punishment as one additional barrier for someone who otherwise wants to be a productive citizen.

Rouson, a St. Petersburg Democrat, said that the state knows it needs to remove laws “that only serve to increase the incarceration rate.”

Another bill by Rouson would implement retroactive sentencing, a provision that voters approved through Amendment 11 last year. SB 704, if passed and signed into law, would allow changes to mandatory minimums to apply to felons sentenced before the change to ask the court for decreased time in prison.

“If you got locked up for 20 years for possession because of a mandatory minimum and the law has changed, you can petition the court to reduce or eliminate the remaining time in your sentence,” Rouson said. “We need to pass this.”

There’s been a general push to give felons who’ve completed their sentences more liberties once they’ve returned to society.

Last year, voters approved Amendment 4, which restored voting rights to returned citizens who had not been convicted of sexual offenses or murder.

“We have to stop denying job licenses based on unrelated prior convictions,” Agarwal said.

The group is supporting legislation that would limit inquiries into criminal records for some job applicants.

The measure’s language provides that a person’s criminal record “may not be used as grounds for denial” of licenses for certain professions — working as a barber or cosmetologist — if the person applied more than years after the date of sentencing.