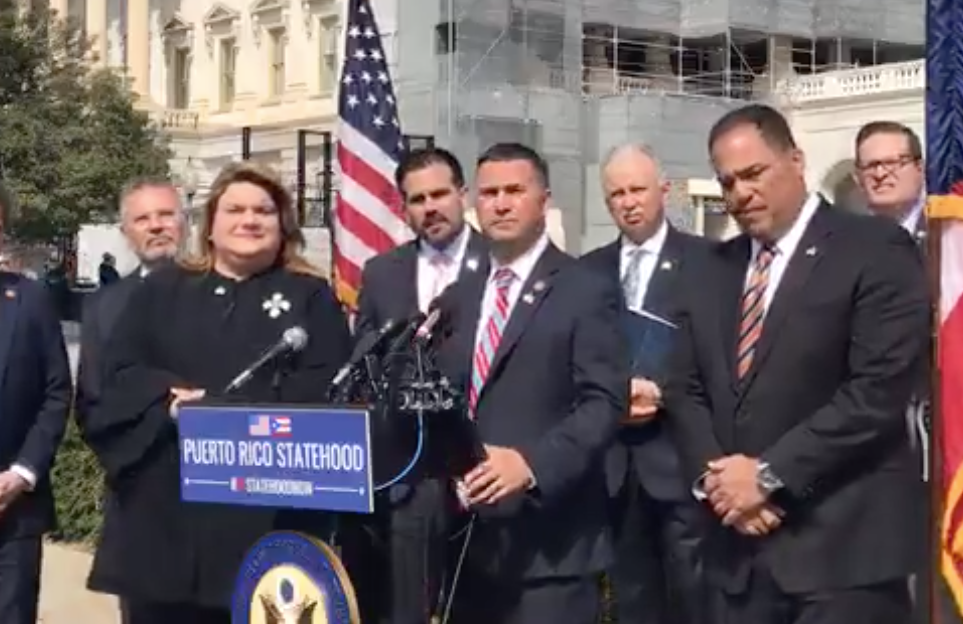 Soto’s “Puerto Rico Admission Act of 2019“, which he rolled out in front of the U.S. Capitol Friday with the backing of Puerto Rico Gov. Ricardo Rosselló and U.S. Rep. Jenniffer González-Colón, Republican U.S. Rep. Don Young of Alaska, and others, is the first bill in Congress to call for direct admission of the island territory as a state.

“It’s time to end 120 years of colonialism,” Soto said at the press conference.

González-Colón is a Republican co-sponsor of the bill, allowing Soto to declare it to be a bipartisan effort. Young, who said he has advocated Puerto Rico statehood for 30 years, also isa Republican.

Soto, of Kissimmee, is of Puerto Rican heritage himself and represents Osceola County, eastern Polk County and southern Orange County, home to hundreds of thousands of Puerto Ricans, perhaps one of the largest communities outside the island.

The bill is already assured a hearing in the House Committee on Natural Resources, Soto said. He is a member of that committee, which oversees all of America’s territories, including Puerto Rico.

There is no companion bill yet in the Senate but Soto and others said they expect one.

“This bipartisan bill simply admits Puerto Rico as a state,” Soto said. “I am introducing this historic legislation at this time for several compelling reasons. First, this bill is about respecting democracy. Puerto Ricans voted by 97 percent margin to support statehood over territorial status or independence in 2017… Second, this bill is about respecting equality. The U.S. House has already passed a bill urging statehood for the District of Columbia in HR 1. We must treat Hispanics on the island of Puerto Rico equally in that regard.

“Third, Puerto Rico’s colonial status is not working,” Soto continued. “Look no further than abysmal Hurricane Maria recovery efforts and the draconian PROMESA law to prove this point too well…. Fourth, Puerto Rico is too big to be a territory anymore. The island is home to 3.2 million Americans. It has a population bigger than 21 states. To put this in perspective, the next most populous territory is Guam, with approximately 163,000 Americans.

“Finally, Puerto Ricans have served in the U.S. military and lost their lives at higher rates than most states,” Soto said. “We need to respect and honor the sacrifices of these service men and women.”

Most of those arguments have been made for years, and statehood for Puerto Rico has not gained any momentum in Washington. Some of the other speakers seemed to recognize that indicates a long road ahead, and Rosselló and González-Colón in particularly seemed to speak of a long-term push, not just excitement over Soto’s bill.

They also face the prospect of opposition from President Donald Trump, who earlier this week reportedly expressed impatience toward Puerto Rico.

“We’re here, most importantly, because Puerto Ricans, regardless of what the President may think or others may think, are Americans,” said U.S. Rep. Ruben Gallego, a Democrat from Arizona.