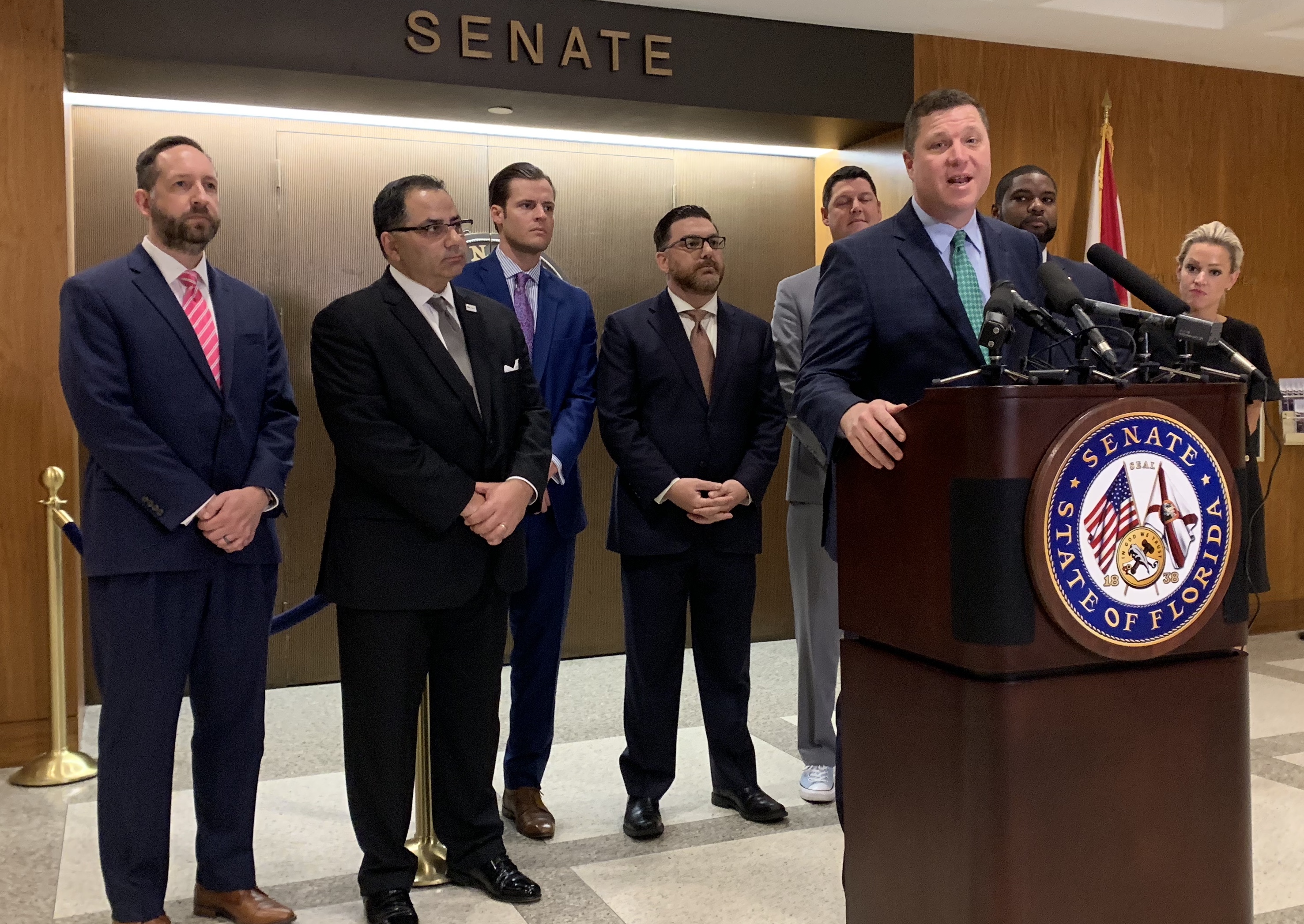 'This is when everything starts to get negotiated.'

Add criminal justice reform to the long list of negotiable issues lawmakers are working through during the final weeks of Session.

The House and Senate on Tuesday moved bills (SB 642 and HB 7125) that would affect offenders and the incarcerated. But key differences remain in the legislation as lawmakers approach the May 3 end of the 60-day lawmaking process.

Part of Brandes’ legislation would give judges discretion in sentencing certain drug traffickers who currently would face mandatory minimums. That idea isn’t written into the House plan that’s catching traction.

“We’re trying to take the broader view of allowing downward departures for certain mandatory minimums in the state,” Brandes said. He described judicial discretion as “allowing judges to actually be judges and not simply tabulators.”

That idea has drawn opposition from the Florida Sheriffs Association (FSA). Columbia County Sheriff Mark Hunter, FSA president, released a statement criticizing the gain-time language as an affront to victims.

“Allowing criminals to serve only a fraction of their sentence sends the clear message that criminals are more important than victims and that victims’ rights do not matter,” Hunter said. “A major reason we enjoy a low crime rate today is because criminals are serving the time deserved and not getting a ‘get out of jail free’ card.”

Brandes, a St. Petersburg Republican, couldn’t forecast whether the House would add mandatory-minimum or gain-time language to its bill, nor if the Senate would concede anything from its version.

“Session really started this week,” Brandes said. “This is when everything starts to get negotiated.”

With a tight budget and high prison populations, Brandes acknowledged a general appetite for change in the criminal justice arena. “Things that are unsustainable tend to stop,” he said.

Reducing recidivism and increasing opportunities for the imprisoned are included in Brandes’ bill.

In the backdrop of this year’s momentum is President Donald Trump’s vocal support for criminal justice reform. Trump has backed judicial discretion for drug crimes and he hasn’t been shy about that stance.

David Safavian, general counsel for the American Conservative Union, noted that Trump is not someone perceived as soft on crime.

“If Trump can drive criminal justice reform legislation in a city as divided and partisan and bitter as Washington, D.C., there is no reason why policymakers here in Tallahassee can’t do the same thing,” Safavian added.