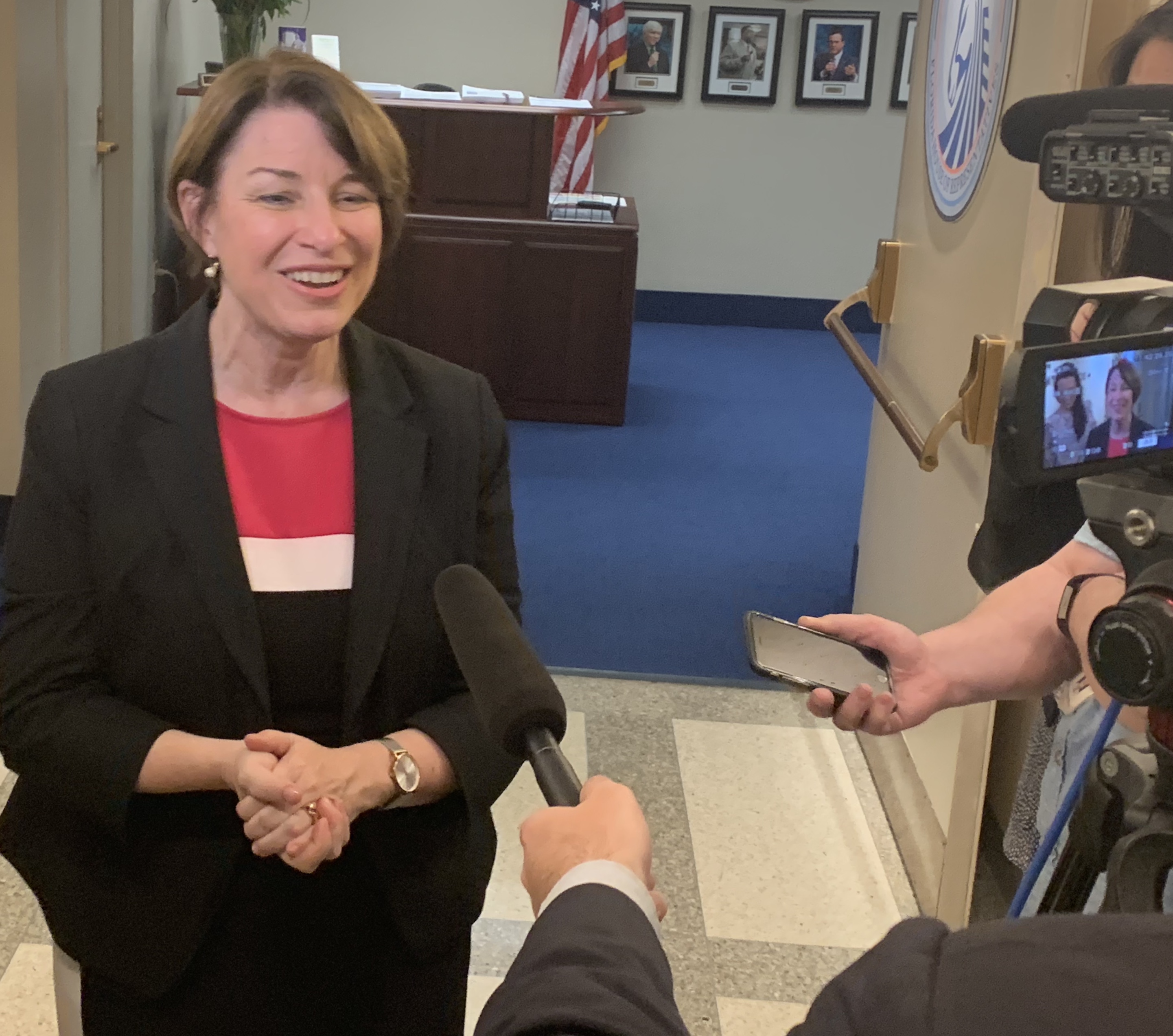 'If all we’re focusing on is our own side, then we can’t win.'

Democratic presidential hopeful Amy Klobuchar — who debuted her candidacy outdoors during a snowstorm — came to the Sunshine State to talk and get a rough understanding of what the voters want down south.

After meeting with health leaders in Miami and House Democrats in Tallahassee, the Senator from Minnesota said she had a working understanding of what’s top-of-mind for Floridians — from hurricanes and health care to climate change and tourism.

“You don’t learn that stuff if you’re just sitting back in Washington, D.C.,” Klobuchar said while speaking to media in Tallahassee.

Florida has a late-March primary in 2020. But the first Democratic debate takes place this summer in Miami.

Klobuchar said Floridians care about the economy, “A lot of people feel left behind right now, I know it from just walking around.”

She acknowledged the state has turned around from the Great Recession. But she said Florida stands to lose from the effects of climate change because coastal cities — economic engines — could suffer.

“I don’t see that as economics versus the environment when it comes to Florida,” Klobuchar said.

The politicians and voters Klobuchar met with informed her of some of the issues specific to the state.

She said she heard about trouble implementing Amendment 4, which restored voting rights to certain felons after it passed in November.

She criticized the Republican-led Legislature for not expanding Medicaid under the Affordable Care Act and said “universal health care” is part of her platform.

In South Florida, Klobuchar said she heard about Venezuelans’ concern with the Nicolas Maduro regime. She said she told them she supports ousting Maduro and wants Temporary Protected Status to extend to Venezuelans. She also plans to deliver a floor speech in the Senate on the decline of news outlets in the South American country.

Reporters asked whether Congress will pass a disaster package for Hurricane Michael relief. The Democratic-led House and Republican-controlled Senate have failed to reach a deal.

“There’s no such thing as a red hurricane or a blue hurricane — there’s just a hurricane,” Klobuchar said, suggesting optimism in negotiations.

“As she champions harmful policies like the Green New Deal and government-run health care, Klobuchar becomes just another out-of-touch Democrat who would raise taxes and reverse the country’s roaring progress,” Fenske added.

She suggested visiting states that went for President Donald Trump in 2016 could translate to a better outcome in the general election for whomever the party backs.

“If all we’re focusing on is our own side, then we can’t win,” Klobuchar said.

She, of course, believes she’s the candidate who will emerge from a Democratic bench that boasts 18 options and counting.

If she’s up against Trump, she said, she might have to incorporate a little humor — “like I did when he called me snow woman and then I said, ‘I’d like to see how your hair would fare in a blizzard.‘”

nextDesmond Meade recognized by TIME as 'Most Influential'